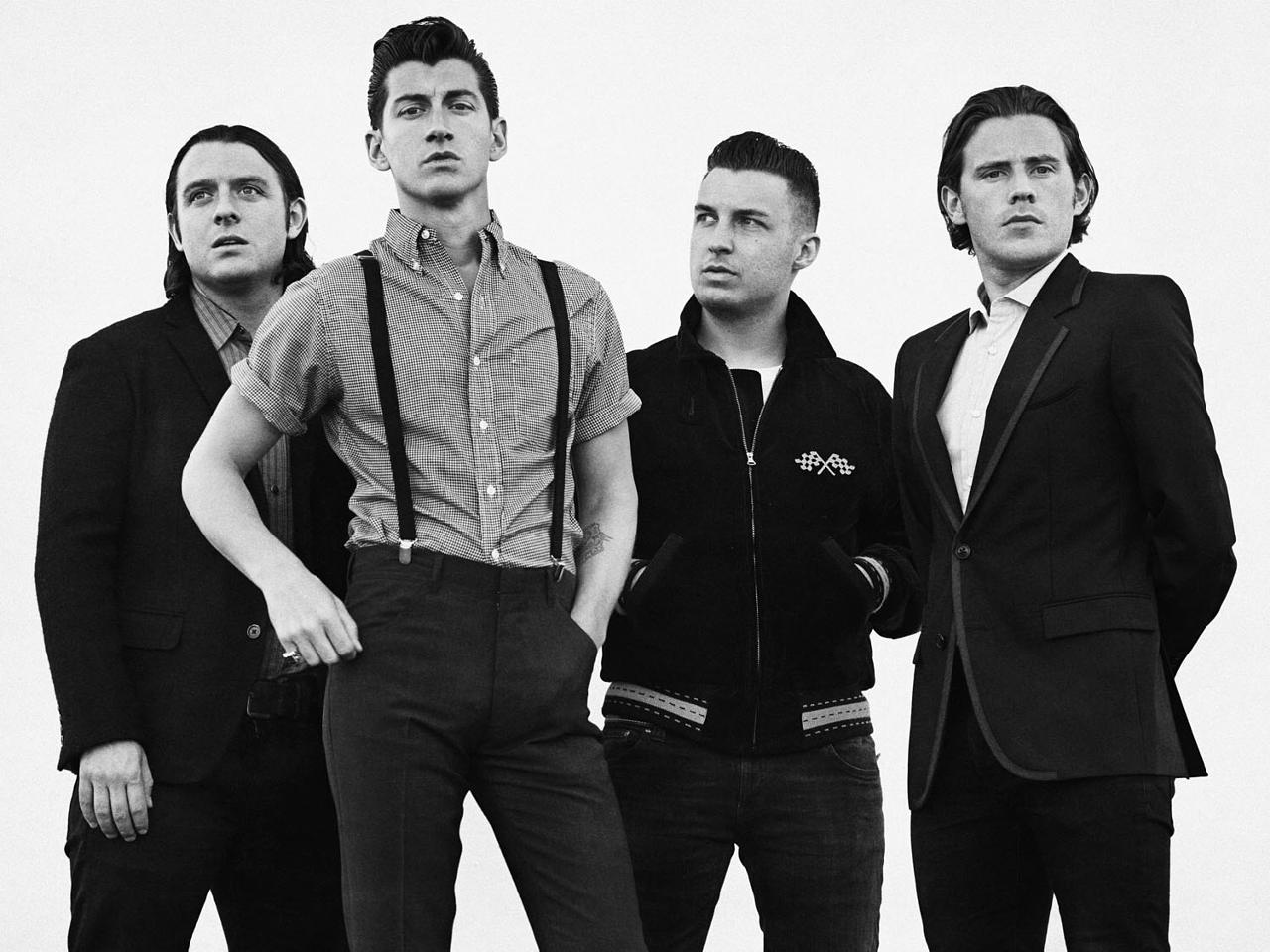 There are two types of Arctic Monkeys fans. Neither of them will be happy with this album, but that doesn’t mean it’s bad.

The first fan lives in Leeds or Lincoln or Sheffield. He has few qualifications (school wasn’t really for him) and spends too many evenings knocking around darkened pubs and dingy bars, now wondering if he’s getting too old for it. He listens to Arctic Monkeys because their first album, Whatever People Say I Am, That’s What I’m Not, had him hooked from its 2006 release and subsequently provided a soundtrack to his teenage nights out. He enjoyed the band’s passionate defence of northern working-class life, and their lampooning of sensible, mature, patronising elites. They looked like him. They spoke like him (“mardy”, “summat”). They dressed like him (trackies). He understood what Arctic Monkeys meant when they sang about fake IDs, cheap alcohol, mean bouncers, paying for a cab home, the tension he felt the afternoon before and the sickness he felt the morning after.

Then, we have the second fan. She’s an American teenager who became a fan when Arctic Monkeys properly broke into the US following the release of AM in 2013. She prefers the slow, sultry, slick aesthetic of the band’s later work. By buying their albums, she propelled to stardom: ‘Do I Wanna Know?’ is nearing half a billion spins.

Both fans will be disappointed by their stellar new record.

Tranquility Base: Hotel & Casino marks a radical departure from the tried-and-tested Arctic Monkeys formula. Their greatest tunes were simply made up of clever lyrics and power chords on guitar

Tranquility Base: Hotel & Casino is a concept album. It’s set on a futuristic hotel complex at Tranquility Base, the astronauts’ landing-point from the first lunar expedition.

It’s surreal and psychedelic – a musical Salvador Dali. Yet jazz also bleeds into every song. Tell a hallucinating Jay Gatsby about Apollo 11, and you’ll get this album. Give it a couple of listens, give it time – but it’ll grow on you.

Tranquility Base: Hotel & Casino marks a radical departure from the tried-and-tested Arctic Monkeys formula. Their greatest tunes were simply made up of clever lyrics and power chords on guitar. Alex Turner’s hallmarks as a lyricist are his masterly use of internal rhyme and half-rhyme, and his importation of Yorkshire slang. There’s none of that here: cue endless whingeing from traditional fans that this record is trash. In my opinion, though, this is hardly the case.

The words on Tranquility Base are clever, but not ostentatiously so.  Instead, we’re treated to a near-rambling stream of consciousness. Look at the lyric book. The lyrics collapse into each other; it runs like a short story, the narrator flipping endlessly between strands of an overarching tale. No wonder Arctic Monkeys decided against releasing any singles before 10 May: they would be nonsensical in isolation.

Gone is the youthful singer of ‘I Bet You Look Good On The Dancefloor’, whose unkempt mop concealed a galaxy of acne. Gone too is the swaggering frontman we saw at Glastonbury in 2013

Punctuating the record are blistering moments of introspection and self-awareness. The record opens with Turner singing, “I just wanted to be one of The Strokes.” He also sings, “I’m so full of shite, I need to spend less time stood in bars waffling on to strangers.” – most plausibly an autobiographical account, the rockstar’s life of alcohol-shuttered LA mansions, supermodels, Class-A drugs, fame and fortune isn’t quite what he thought it’d be. The lyrics reflect this confusion wonderfully, but it does take a bit of getting used to.

There are a couple of memorable guitar melodies on this record, most notably the conclusion of ‘Four Stars Out Of Five’. But it ends there. Those hoping for heavy bass riffs on the band’s forthcoming tour will be sorely disappointed. If you see anyone in the audience walking around with a face on, you know why. They came to hear classic indie rock, only to see Turner plinking away at the keyboard.

It’s easy to see why Tranquility Base was originally conceived as a solo record; Turner is the star around which this album revolves. Gone is the youthful singer of ‘I Bet You Look Good On The Dancefloor’, whose unkempt mop concealed a galaxy of acne. Gone too is the swaggering frontman we saw at Glastonbury in 2013, with gel-sodden hair, a biker leather jacket, and cheekbones sharp enough to shave Parmesan. Here is a new Alex Turner: torn between the UK and the US, both a Sheffield lad and American greaser – unsure of his identity, and trying to fuse two personas (or forge a new one?). This album is a musical crisis of character. The band’s relentless pursuit of new sounds, new ideas, new aesthetics has indeed left them asking, ‘Who The Fuck Are Arctic Monkeys?’

It’s about America. It’s about Big America, America the Great, Ambitious America where all things are possible

So, why are Arctic Monkeys suddenly fascinated by astrophysics? How much ketamine are they on? What is Tranquility Base: Hotel & Casino actually about?

I don’t think it’s not about escaping Planet Earth. In fact, it’s about Planet Earth. It’s about us. It’s about blasting off thousands of miles into space, turning around, and looking at Earth – getting the measure of the place, having a good poke around, and hoping that the distance between you and it is somehow revelatory.

Specifically, it’s about America. It’s about Big America, America the Great, Ambitious America where all things are possible (“I’m gonna run for government”). America, the band’s adopted country. America, the country whose President, “the leader of the free world, reminds you of a wrestler wearing tight golden trunks.” America, the land of shimmering seas of sand, and desolate gas stations, and deserted adobe-tinted motels, and lounge singers, and unending miles of glossy black roads.

It’s no coincidence that the first track ‘Star Treatment’ opens with the narrator stranded “with a monogrammed suitcase, miles away from any half-useful imaginary highway”. It’s a psychedelic ode to the United States. ‘The Ultracheese’ is an evocative closer. It’s mined from the same seam as ‘505’ from Favourite Worst Nightmare: “the dawn won’t stop weighing a tonne / I’ve done some things that I shouldn’t have done / But I haven’t stopped loving you once.”

Tranquility Base: Hotel & Casino is not the best Arctic Monkeys album. But it is bloody good. It’s a case study in how another northern indie band can outrun the tsunami of acclaim that raised them in the first place. Without their obsession for experimentation, it would have consumed them a decade ago.  So I would be derelict in my duties if I didn’t accordingly award Tranquility Base the most appropriate rating possible: four stars out of five.