New data on The University of Oxford’s admissions shows a lack of progress in attracting students from a diversity of backgrounds as more than one in four of its colleges failed to admit a single black British student each year between 2015 and 2017.

Several of the most prestigious colleges such as Balliol, University and Magdalen, each admitted two black British students as undergraduates during the three-year period.

Corpus Christi College admitted a single black British student in those three years and despite attracting a dozen such applications.

The data shows that white British applicants were twice as likely to be admitted to undergraduate courses as their black British peers – 24% of the former gained entry and 12% of the latter.

David Lammy, the Labour MP who has been vocal in his criticism of Oxford and Cambridge for failing to improve their track record on admissions, said the latest data released by Oxford showed little had changed.

“The university is clearly happy to see Oxford remain an institution defined by entrenched privilege that is the preserve of wealthy white students from London and the south-east,” he said.

“If Oxford is serious about access, the university needs to put its money where its mouth is and introduce a university-wide foundation year, get a lot better at encouraging talented students from under-represented backgrounds to apply and use contextual data when making offers, not just when granting interviews.

“The underprivileged kid from a state school in Sunderland or Rochdale who gets straight As is more talented [than] their contemporary with the same grades at Eton or Harrow, and all the academic evidences shows that they far outshine their peers at university too.”

The underprivileged kid from a state school in Sunderland or Rochdale who gets straight As is more talented [than] their contemporary with the same grades at Eton or Harrow, and all the academic evidences shows that they far outshine their peers at university too

Variations between colleges at Oxford was also apparent in the data, including wide gaps in the proportion of state-school and female students admitted.

Less than 40% of Balliol’s British undergraduate intake were women across the three years, while Trinity College admitted three students from independent schools for every two they admitted from state schools.
As well, the data shows Oxford has struggled to recruit black and minority ethnic students to some of its most famous degree courses.

PPE (Philosophy, Politics and Economics), an influential course which has a long history of training generations of politicians and policymakers, had only 10 black British students enrolled between 2015 and 2017.

Similarly, Oxford’s English literature and language course, taken by literary figures such as JRR Tolkien and Jeanette Winterson, admitted six black British students in the space of the three years.

Seven of Oxford’s 25 largest courses received fewer than 10 applications each from black students in 2015-17 and admitted very small numbers.

Khan also addressed the lack of diversity on certain courses by saying that Oxford faced particular challenges in convincing students from minority backgrounds to widen their aim away from law and medicine, where the majority of black British applicants applied, to pursue less competitive subjects.

Seven of Oxford’s 25 largest courses received fewer than 10 applications each from black students in 2015-17 and admitted very small numbers.

She commented: “It’s less of a challenge in terms of the students, because the students want to do English literature or want to do theology and religion. It’s usually the parents or the community that say: ‘what job are you going to get after that?’

“So it’s the parents we really have to convince and turn around. But what we are working on is to show them that a degree from Oxford opens doors to so many careers, and that we have an excellent progression route from our degrees on to graduate employment.”

In a press release accompanying the figures, the university said it “recognised the report shows it needs to make more progress”.

The university came under fire though last Wednesday for retweeting a tweet that said that “David Lammy’s constant bitter criticism of Oxford is bang out of order”.

Oxford’s director of public affairs, Ceri Thomas, later issued an apology to Mr Lammy via a tweet and said Mr Lammy’s comments showed “no sign of bitterness” and there was “work to do” to improve diversity among students.

The university has agreed to a scheme which would fund the interview travel fees of applicants from disadvantaged backgrounds.

Oxford said it was also adding 500 more places to its spring and summer school programme for students from under-represented backgrounds.

The expansion is to be part-financed by a £75m donation from the philanthropists Sir Michael Moritz and Harriet Heyman, which will also be used for Moritz-Heyman scholarships for British students from households earning £16,000 or less each year or eligible for free school meals.

At the summer schools, prospective A-level students from disadvantaged backgrounds spend a week at the university and receive advice in making their applications. Students who attended the programme, known as Uniq, have a 34% chance of a successful application, which is 14% higher success rate than UK-wide applicants.

The data is the first detailed account on admissions to be voluntarily released by Oxford and the university has said it plans to make it an annual event. It also said it planned to release further spreadsheets offering more detail on Wednesday. 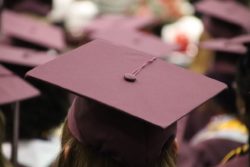