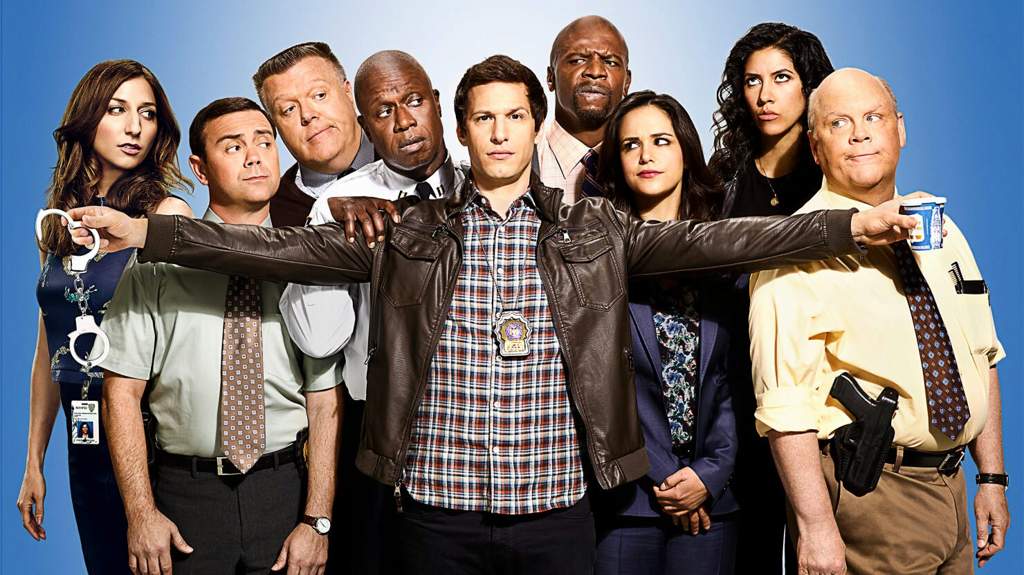 By Isabelle Atkins, Raheem Rashid
May 11, 2018
Posted in Features, TV

Fox has announced hit TV show Brooklyn Nine-Nine is to be cancelled after just five series.

The announcement has sparked a massive outcry from a swathe of dedicated fans who demand that either Fox or other networks renew the show, which stars Andy Samberg. Whilst ratings have been dwindling, the show’s loyal fanbase could provoke streaming sites like Netflix or Hulu to pick up the show.

For me, the show excelled at providing consistent gut-wrenching laughter, whilst respecting people and seamlessly intertwining social and political issues into the very heart of the show. It tackled LGBT+ rights, female empowerment, racial profiling, toxic masculinity and gun control to name just a few.

You could put it on and watch episode after episode

B99, as fans called it, was one of those few shows that, no matter who’s lounging around in the living room, you could put it on and watch episode after episode, for hours, without getting bored – it was an easy watch.

Each character had their own quirks, Peralta being the loveable but childish protagonist, Holt, the wise and caring Captain, Jeffords, the butch but kind-hearted Sergeant, Diaz, the hardcore but loyal Detective… and of course Hitchcock and Scully, who transcend all these roles to create their very own form of comedy. The cast was diverse, clever and funny.

Two episodes still remain from the current series – let’s hope they are not the last!

My heart broke a little when I heard the rumours surrounding the ending of Brooklyn Nine-Nine. Not only is it one of the few genuinely funny comedy shows in an era of How I Met Your Mother and Big Bang Theory, it brings into question whether representative, intersectional comedy is even sustainable.

My heart broke a little when I heard the rumours

I’m kicking myself for jumping on the bandwagon so late – I only started watching after the third season was added to Netflix. The premise sounded rather unenthralling: a comedy set in a police station. But it’s way more than that; it’s a comedy that shuns the overdone reliance on stereotypes and tropes, and instead relishes in a diverse and intersectional group of characters.

Holt’s homosexuality is never the butt of the joke; rather, the audience laughs at society’s failure to include and appreciate LGB people. With Santiago, a character that would otherwise fall victim to thoroughly unfunny quips about OCD, her tenacity and Type A personality is part of a female character that has drive and ambition. Diaz is one of the few openly-bisexual characters on television, let alone in comedy, and provides much-needed representation to an underrepresented portion of the LGB spectrum. Toxic masculinity, institutionalised racism and female empowerment are issues that Brooklyn Nine-Nine has never failed to shy away from, and it’s going to leave a gaping hole in comedy programming.

But it’s still comedy. It’s still fun, light-hearted viewing that appeals to a wide range of audiences. It’s something I can put on at the end of the day and zone out to, no matter how bad a day I’ve had. It’s quick and it’s witty, and renowned for its cold openers (my personal favourite, for reference, is 4×08, aka the one where Peralta slides across the waxed floor in slow motion to ‘Nothing’s Gonna Stop Us Now’).

It’s going to leave a gaping hole in comedy

The show stands out in an era of lazy comedy, and it’s clear that is why it’s amassed the dedicated fan base it has. The outrage is widespread and passionate; a primetime, Golden Globe-winning comedy being cancelled after five seasons is shocking. I have faith that Netflix or Amazon will pull a Ripper Street and renew it as their own production – and I hope that they stay true to the representative and inclusive premise upon which it was formed.