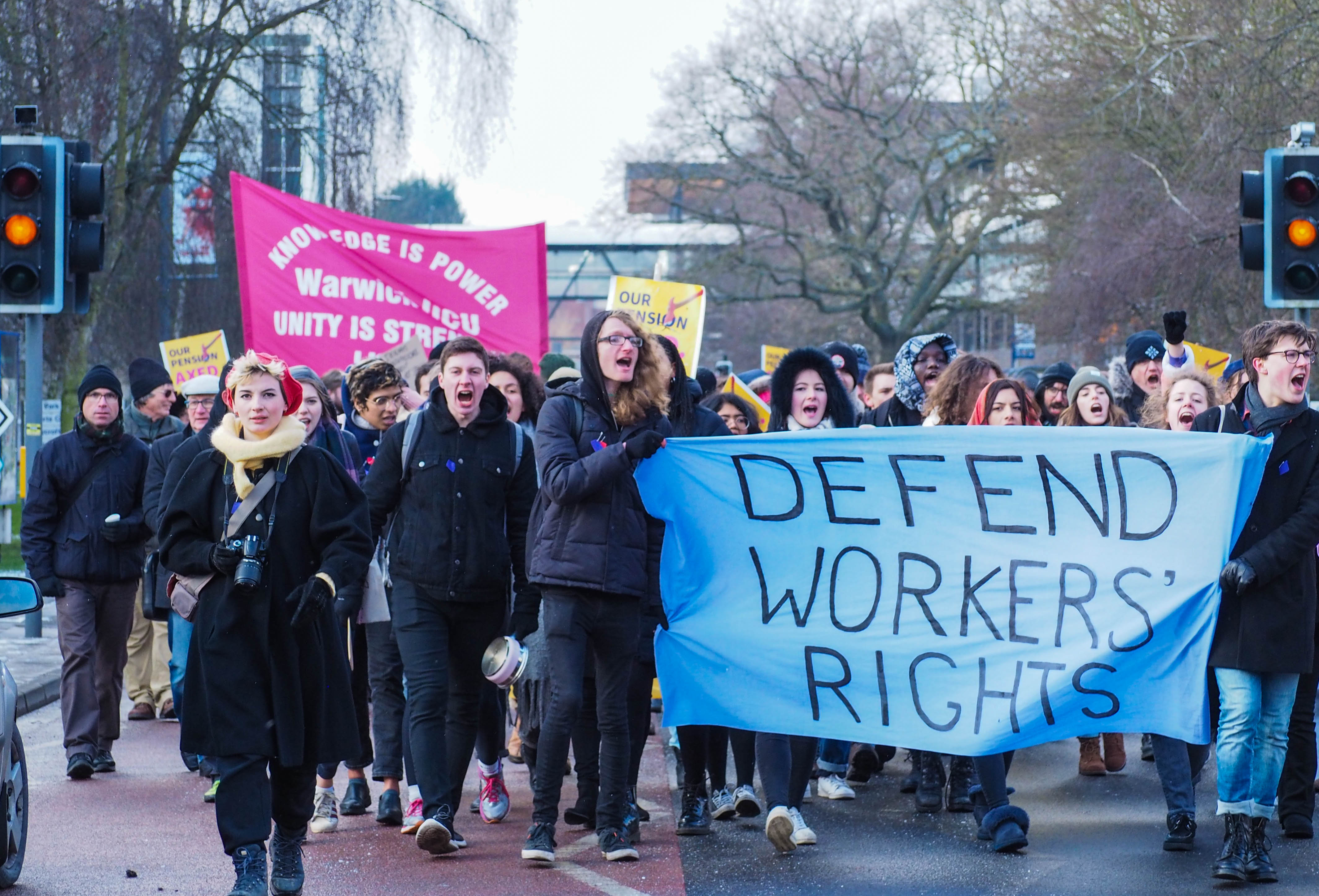 Members of the Universities and College Union (UCU) have voted in “record numbers” in favour of Universities UK (UUK)’s proposals, and have confirmed that they will suspend strike action for the foreseeable future.

With a 63.5% turnout, 64% of members voted in favour of UUK’s offer proposed to UCU over two weeks ago.

While the union have suspended strike action, UCU has promised to keep its strike mandate live as a precaution until the process has taken place.

The ballot asked members to vote as to whether they wanted the union to accept the proposals made by UUK on 23 March. The dispute arose after the universities group planned to remove the defined benefits contribution aspect of the Universities Superannuation Scheme (USS) earlier this year, a move that the union suggested would have resulted in members losing up to £10,000 a year from their pensions.

The Higher Education Committee (HEC) decided to put the proposals to members in a ballot on Wednesday 28 March, which opened on Wednesday 4 April.

UUK’s proposal included the universities group conceding on one of the biggest points of contention between the two bodies – the continuation of the defined benefits scheme. The proposal suggested that the defined benefit element of the scheme would remain in place until at least April 2019.

While the union have suspended strike action, UCU has promised to keep its strike mandate live as a precaution until the process has taken place

The proposal also involved the creation of a Joint Expert panel to assess the future of how contributions are made to the USS, discuss alternative scheme design options and examine the role of government in relation to USS.

As the proposals have now been accepted, this Joint Expert panel will be created as soon as possible, meaning that UCU and UUK will now jointly present any future plans for the pension scheme to the USS Board and the Pensions Regulator.

General Secretary of the UCU Sally Hunt has said: “We hope this important agreement will hearten workers across the UK fighting to defend their pension rights and was won through the amazing strike action of UCU members.

“UCU has more work to do to ensure that the agreement delivers the security in retirement that university staff deserve. On behalf of all UCU members I want to say thank you to students and other staff for their inspiring support throughout the dispute.”

Duncan Adam, Warwick UCU vice president, told The Boar: “The offer which UCU members nationally have voted to accept may offer a means to break the current cycle of disputes every three years. It doesn’t, at this stage, set out any details of what pensions will look like on the key areas of the DB cap, accrual rates and contributions, but does, in the view of many but not all members, offer a chance to set more realistic principles about valuation – something which has formed the basis of UCU campaigns for several years.

“This has been hard won on the back of the most significant industrial action of recent times supported by unprecedented levels of membership participation and student support – I personally can’t remember picket lines and meetings ever being so well attended and so energised – and we thank all our members, and our students, for their efforts and sacrifices.

“The unity and strength which we have demonstrated throughout this dispute tells us that we are more than capable of organising again, as and when this becomes necessary, to continue our struggle for a decent sustainable DB pension.”