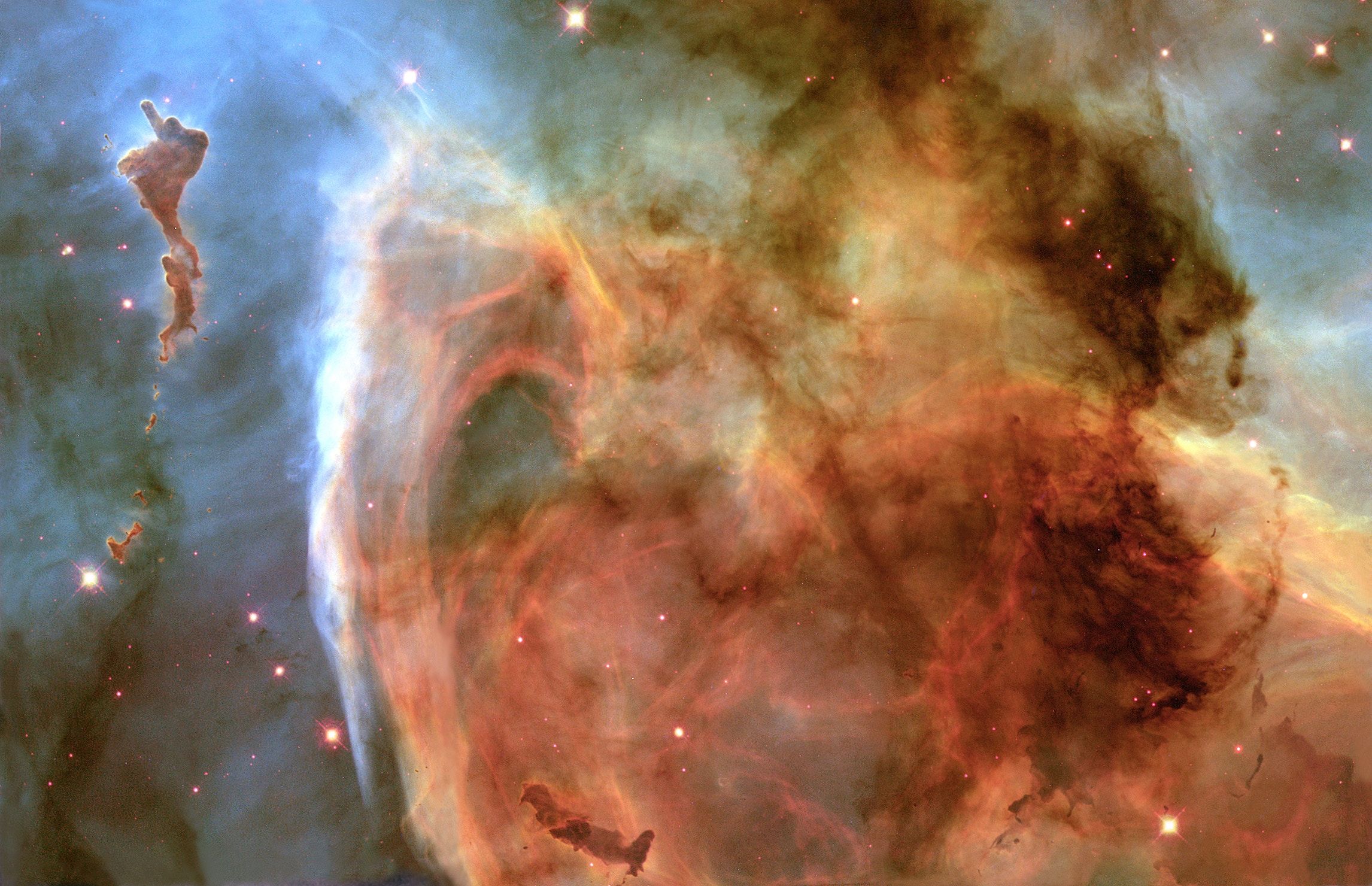 Scientists in the dark about the lack of dark matter

“It surrounds us and penetrates us; it binds the galaxy together.” In fiction, this is a quote used by Jedi Master Obi-Wan Kenobi when describing “The Force”, however in our universe, this quote can easily be used to describe an equally as awesome-sounding phenomenon, dark matter.

It’s no surprise that dark matter remains quite the riddle. Ordinary, regular matter has many ways of demonstrating its properties. It interacts with light photons, so we can see it. It interacts with the electromagnetic force, so we can touch it. Dark matter, on the other hand, does not appear to interact with either of these, in fact, the very name “dark matter” can be quite confusing as it isn’t dark at all, it’s completely invisible. It just doesn’t interact with light at all, therefore “dark” in this sense is used by physicists to roughly translate to “we really have no idea what’s going on.”  So, how do we know anything about it whatsoever? Fortunately for us, there is one force whose rules it does seem to follow. Gravity.

It just doesn’t interact with light at all, therefore “dark” in this sense is used by physicists to roughly translate to “we really have no idea what’s going on”

In the early 20th century, astronomers observed a collection of galaxies and noticed things that didn’t make sense. They calculated the total mass and radius of the galaxies and compared these figures to the speed at which said galaxies spun. What they found was that these galaxies should not exist, they were simply spinning too fast compared to the combined gravitational attraction of the stars and, according to general relativity, should have flung their outermost stars into the cosmos. The natural yet counterintuitive conclusion was that there must be some “missing mass” in and around these galaxies, in order to make them the stable systems we observe. This “missing mass” went on to be known as dark matter. It is theorised that there is 30 times as much dark matter in the Milky Way as there is regular matter.

From this discovery, hypotheses were proposed that galaxy formations occurred in regions of space where the density of dark matter was relatively high, allowing regular matter to settle down and clump together into spiral galaxies. However, recently a team of scientists have identified a galaxy, NGC 1052-DF2, which appears to contain little to no dark matter whatsoever! Just when we thought we were getting a little closer to understanding this elusive substance…

Recently a team of scientists have identified a galaxy, NGC 1052-DF2, which appears to contain little to no dark matter whatsoever

The team used a rather economical set up of 48 commercial cameras with paparazzi-style lenses to observe 10 stars and found their velocities were much lower than what would be expected when compared to other similar sized galaxies. They found that the combined mass of regular matter in the galaxy was enough to keep it together and stable, negating the need for any dark matter.

One positive outcome of this is that, quite paradoxically, this lack of dark matter is actually further evidence for the existence of dark matter in our universe. This is due to a competing theory for stars orbiting centres of galaxies faster than they ought to, being because the way in which the strength of gravitational attraction drops off with distance is misunderstood.

Nevertheless, if this were true, all galaxies should follow this model and hence our new friend, NGC 1052-DF2, shows this theory where the door is. As useful as this discovery is for further proving the existence of dark matter, it does call into question our current understanding of how galaxies initially form. An early tentative explanation is that there was a catastrophic event which swept away all of this galaxy’s dark matter, however, as of now, this is merely speculation.

Eventually, we will know more about dark matter. Scientists work around the clock so that we may further understand the stuff that makes up 80% of all matter in the universe. High energy particle colliders may even give us a glimpse at the true nature of this enigmatic substance. Until then, however, the team of scientists are aiming to use their set up to look at other ultra-diffuse galaxies, in the hopes that they’ll be able to shed some light on dark matter.