Pretty much every time you head to the cinema these days, in some shape or form, you’ll be witnessing things on-screen that were never truly there. Be it grand scale action scenes, massive landscapes, or even the presence or removal of certain body parts, it seems like anything that you can imagine can be brought to life on the silver screen. That is made possible by the ground breaking wonders of CGI, or Computer Generated Imagery. It has become so synonymous with contemporary film making, that rarely a mainstream release comes out without its presence. But as it grows more and more popular, it’s worth taking a step back, and wondering, what are some of the downsides of this game-breaking technology? And how much do they risk affecting the entire genre?

One of the main criticisms of CGI is that it has become far too over used. When an audience wants to be engaged with a story occurring on-screen, this is hindered when it is clear that what’s happening isn’t really there at all. An over-usage of CGI can really suck the audience’s interest away. A prime example of this is the fight scenes in Peter Jackson’s The Hobbit trilogy. Faceless armies of Orcs, Elves, Goblins and Dwarfs clashed together in a completely unengaging way, since it was clear that there was no one real on screen. CGI clashes, being the main conclusion of a film, can really damage a great film.

Bad CGI can pull the audience out of the world of the film, and remind them that nothing on-screen is present

Everyone agrees that, although Wonder Woman was an amazing movie, the final fight between her and a CGI Ares was when the film really fell through. There’s also the point where CGI is used in such ridiculously poor ways that it becomes distracting. Anyone who saw Justice League was freaked out whenever Henry Cavill’s CGI upper lip came on screen, to the point where it felt like the ‘Uncanny Valley’ was just hitting them in the face. And in X Men Origins: Wolverine, the claws that have become a crucial symbol of the titular character, never feel like a viable threat because they were computer generated. Bad CGI can pull the audience out of the world of the film, and remind them that nothing on-screen is present.

Another worrying use of CGI is the possibility it creates to potentially cross some ethical lines. In Rogue One: A Star Wars Story, the character of Grand Moff Tarkin is featured prominently, despite the original actor’s death 22 years previously. By recreating a deceased actor’s features and talents, this seems to the turn the actors face into nothing more than a tool that Film Company can use for their own purposes. The risk this sets for establishing a precedent for future movies: simply recreating a deceased actor for a role, really feels like a line that shouldn’t be crossed.

When used well and creatively, CGI can create sequences that leave audiences spellbound and awestruck, for all the right reasons

That said, the advantages of the CGI are clear. Beautiful worlds can be created that open new possibilities for story-telling. Or at the very least, give the audience a magnificent spectacle. Even the Star Wars prequels, universally despised as they are, created some beautiful settings with effects that still hold up today. These worlds, be them historical set pieces or other planets, open up more character possibilities which means interesting films in interesting places. CGI can also be used to create action sequences that would either be impossible or just too dangerous to genuinely act out. Action films have come a long way in a short time, and wonderful sequences (such as the airport scene in Captain America: Civil War, or the throne room battle in Star Wars: The Last Jedi) wouldn’t have been possible without it. When used well and creatively, CGI can create sequences that leave audiences spellbound and awestruck, for all the right reasons.

Garland’s Ex Machina won an Oscar for its use of CGI to create Ava, an android whose design is both creative and beautiful, perfectly playing into the films main themes. Though it’s often associated with major block-buster action scenes, CGI can also be used in artistic ways, creating interesting ideas and making the audience have to genuinely think about what they see. On top of this, CGI has allowed a whole new range of animated movies, such as Moana, Zootopia, and Inside Out, to bring a wonderful experience to kids and adults alike. And even off-screen, the need for CGI has led to a whole new range of jobs and opportunities for people wanting to get into the film industry.

So, do these perks of CGI outweigh the negatives? Ultimately, I’d argue yes. The creative possibilities it has spawned are more often than not used to create wonderful sequences, set-pieces, and visuals that have entertained and inspired audiences and film makers all over the world. But I also think it’s something that we should keep in check. Using it as a cheap excuse to keep audiences mildly entertained will do nothing but continue to legitimise people’s growing animosity towards its usage. CGI is a strange and wonderful thing, and in the right hands, can do great things. Let’s just make sure we keep it in those right hands.

The Art of the Misleading Film Trailer 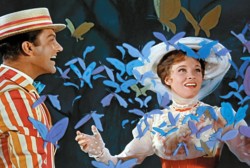 How Far Does Nostalgia Go?