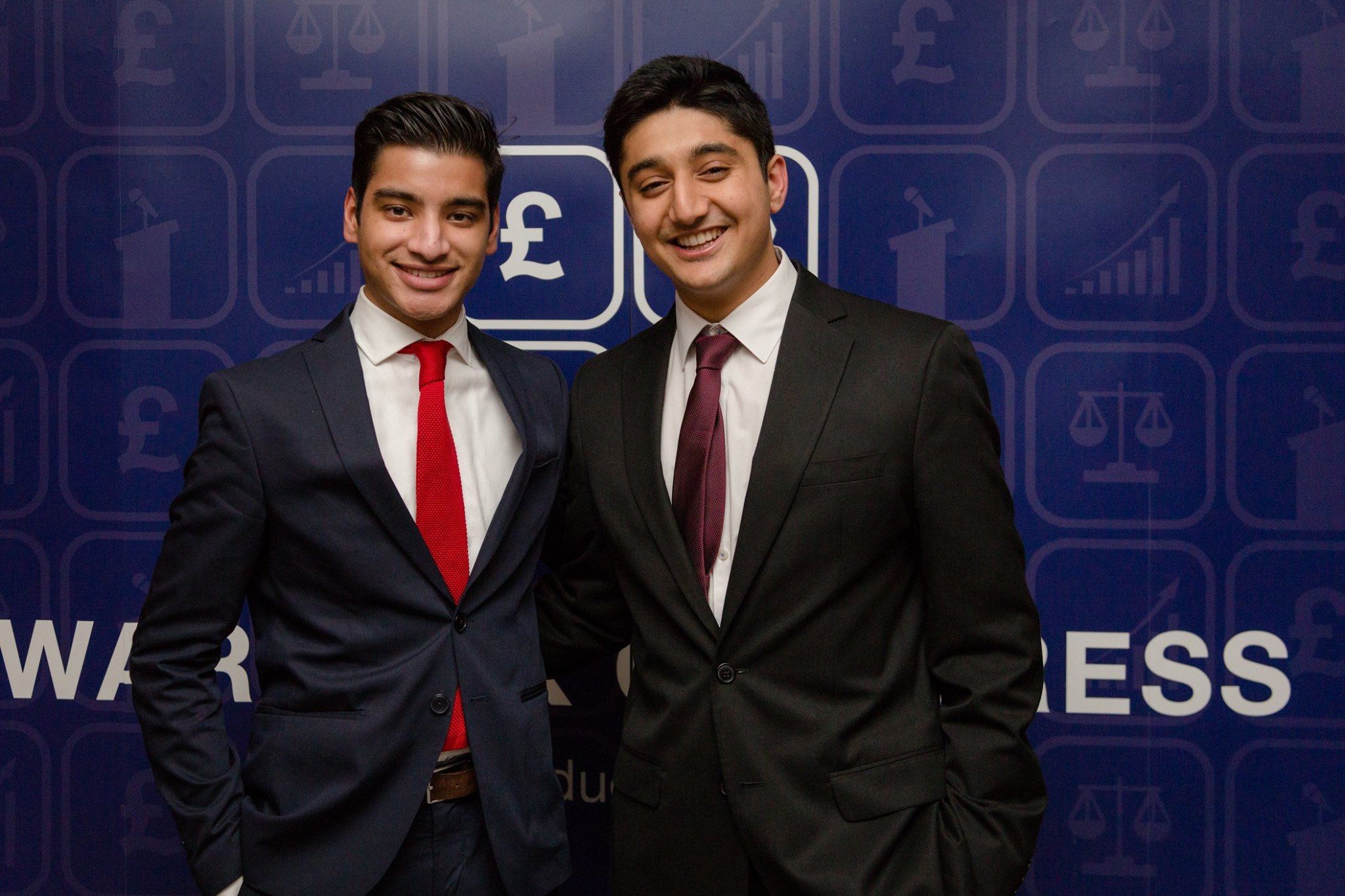 What is Warwick Congress? An interview with the students behind it

Warwick Congress held their long awaited second conference at the University from the 8 – 11 February. The Boar’s Chief Subeditor, Isabelle Atkins, sat down with a Coordinator and the Head of Press to find out what Congress is all about.

The Boar (Isabelle Atkins): What is Warwick Congress for those who don’t know?

Rajiv Shah (Managing Coordinator): Warwick Congress is a student initiative that aims to create a platform that brings together academics and careers by focusing on perspectives of finance, law, economics and politics. How to define the platform? The main conference is the time when we really bring out those disciplines the most and we try and really emphasise having big keynote speakers and careers seminars, but the whole idea is to try to get students to engage more with current affairs, what’s happening in the world right now, with more of an open mind; so rather than just focussing on one discipline, trying to understand how, in the real world, everything’s not just a set of rulebooks that you have in school or in uni. The fact that careers and academics work off each other and the fact that we’re all students at uni and that we all want to work out what we’re doing in the future. You can have a very career focussed approach, you can have a very academic-focussed approach. Neither’s right or wrong – we want to find a balance between those two.

Keval Dattani (Head of Press): Diversity of opinion is absolutely crucial to what we do.

The Boar: What was the logistical process behind Warwick Congress 2018?

For the conference itself, we started planning twelve months ago after the last one ended. Logistically it is quite tough, because we have one of the largest execs on campus – there are 82 of us, so as you can imagine that’s ridiculous. But at the same time, it means that diversity of opinion comes back. Everyone thinks so differently. It combines everything and that diversity of opinion is still there, so when you get to a coordinator, the amount of stuff they call us out on – “have you thought of this?” and “have you thought of that?” – the macro level of management is so big to make something like this work. It even comes down to little things like getting the key to the interview studio to getting a backdrop in the right place, and where you’re going to put them where people can take photos, and then our brand can get bigger and get boosted on social media. All those decisions have to be made months in advance, so if there are problems on the day, like there were today, it can go without a hitch because the team knows what they’re doing because all the preparation is done before.

RS: Diversity has been both a challenge and a benefit. It’s what we pride ourselves on, but that doesn’t mean it’s any easier than having a different approach. The teams have such different roles; our role as managing coordiantors is to link in all the teams. [A team] doesn’t always realise what the other 35 people on the other side of WarCon are doing so the whole point is to try and get them to understand the bigger context of this project. I like to see preparation in phases: we have a phase where we try and focus on getting our speakers and our corporate partners in; then we have more of a marketing phase when we really try and sell our tickets and gain brand awareness; and then there is the operational phase, which is the last few weeks and this weeknd, where a lot of tasks we’re doing are purely just preparation and monotonous operational tasks just to make the conference happen. Obviously there is always going to be a lot of overlap of phases but I would describe it as three main phases in the yerar leading up to the conference.

I’d just been looking at it as my own isolated team but the project itself is so much bigger and touches many different aspects.

KD: Im head of the press team, and I was put into that position and the first thing I was charged with was making us have a presence that was not just a conference. We started chucking out articles weekly, we got our own podcast talking about current affairs, but to me it didn’t really come together until I started having to proofread things for the talks team and the sponsorship team that they were sending out to speakers and firms, from goldman sachs to Chris Huhne, saying ‘this is what we do and this is how we do it’, and for me that put it into perspective. For me, I’d just been looking at it as my own isolated team but the project itself is so much bigger and touches many different aspects.

The Boar: What would you say makes Warwick Congress unique compared to other conferences on campus?

KD: It’s what you saw today – every single speech and panel touched on every single discipline in one form or another. The first talk touched on everything. He touched on Trump a lot, there was a lot of politics, and he’s an economic professor so that just goes to show how intertwined those are. For me, seeing the law perspective is something completely new, and I want to go into finance, so hearing someone like Dr Tinn talking about blockchain from a totally different perspective from the one I know is great to hear. It’s that diversity, not just of opinion but of subject matter; not all of our speakers know about everything and that’s the whole point of Warwick Congress. Those things aren’t separated in real life; when you watch the news they’re not going to go ‘here’s the economics news and here’s the politics news…’. They’ll go: ‘Here’s the economic policy for Theresea May’s Conservative party and these are the legal implications that it could have’. At university, they’re all split up and pigeonholed. You can do optional modules but that doesn’t mean you get the full perspective. Warwick Congress provides that in a way I don’t feel that our degrees or other conferences do.

RS: Our approach isn’t necessarily just about the titles and big names – when we think about our speakers, we think more about how they’re going to engage with the audience. When we think about topics, it’s not just about what the biggest news story is right now but what’s the biggest news story that will actually be able to add value to a student’s experience. I would also say our ambition makes us different. We’ve done a lot of travelling around Europe, we meet with lots of big student initiatves around Europe. The EBS Symposium is one of the biggest conferences in Europe; they get 1000 people at their uni every year attending this conference, and the type of work we do with them in terms of organising other events outside of Warwick just wouldn’t be possible if it weren’t for the way our structure and setup is.

KD: And on what you said earlier on names of people – you heard Dr Claire Gammage talk and I didn’t see anyone in here who wasn’t glued to what she was saying, because as a presenter she was brilliant. When you just look at her title – lecturer of law at Bristol University – she could just be like a law professor here. But the way she talked and what she talked about was so amazing and captivating.

We actually study our speakers’ backgrounds, we work out how they’re going to interact with the audience, what they specialise in and how it’s going to have an impact.

RS: Why didn’t we pick a law lecturer from the University of Warwick? It would have been cheaper for us! The reason is because we actually study our speakers’ backgrounds, we work out how they’re going to interact with the audience, what they specialise in and how it’s going to have an impact.

The Boar: How do you see Warwick Congress going onwards? Do you see it getting bigger?

RS: I guess it’s a bit cliché to say onwards and upwards but…

KD: Definitely onwards, at least! At least at the same level (you have to solidify what you have) but in the last year we’ve shown that we want to grow. We didn’t have articles, we didn’t have a podcast last year. We didn’t have a membership scheme until September and now we’ve got over 1,700 members. We have these ways we can interact with people on a daily basis. We have a diversity scheme now, as well, where we try and get people to the conference that otherwise wouldn’t be able ot come – people form poorer backgrounds, people from disadvantaged schools, from universities that are on bursaries. For us it’s just trying to get as many people here as we can. And then it’s developing that aspect of we’re not just a conference, we’re here all the time and we just want to unify the perspectives of these four disciplines so that everyone can look at it through a different lens. If we can, in 28 years, still be here, like the EBS Symposium, I would be so happy but I think from our perspective we can see the impact that the conference has on people, and people engage with us and resonate the most with us at the conference and when we do events.

RS: In terms of what we’re doing next, it’s difficult to define, because purely from an organisational perspective, we haven’t decided; but also because if we set ourselves strict targets we’re just going to get comfortable and we’re never going to try and do the best we can. It’s all about reflecting, reassessing, working out how we can make sure every event we’re making a bit of progress. Even though the [last] conference was about a year ago, it was also a three-day conference but the setup was very different last year and we’ve changed things around and added panel debates and added in the gala, so that’s our goal. In terms of our future, it’s about contining this same positive approach rather than defining it with a specific type of event.

KD: In theory, sky’s the limit but three clouds up.