The University is accused of setting up a “sham” trade union, the Staff Consultative Group, and signing an agreement with it, thus stopping the UCU and any other trade union from representing staff members of the said company according to trade union law.

The trade union is calling for an academic boycott – which involves action similar to strike action currently being taken by UCU members over the pensions dispute – if Coventry University’s management does not stop their “underhand tactics”.

UCU General Secretary Sally Hunt said: “Universities are not covering themselves in glory at the moment but these dirty tricks by Coventry University represent a new low for the sector. Coventry is going to get a reputation as a pariah institution if it does not abandon this shameful approach to its staff.”

When contacted for comment, Coventry University told The Boar: “All staff within the CU Group are represented by a Staff Consultative Group (SCG), which was established for around 18 months as a staff association before it was set up as a trade union in its own right.

“CU Coventry has always made clear that it’s open to further discussion with UCU, and has agreed to continue talks around the potential to enter into a voluntary recognition agreement with them.

“We look forward to engaging in these conversations.” 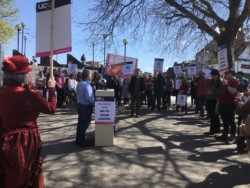 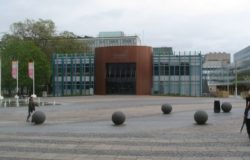