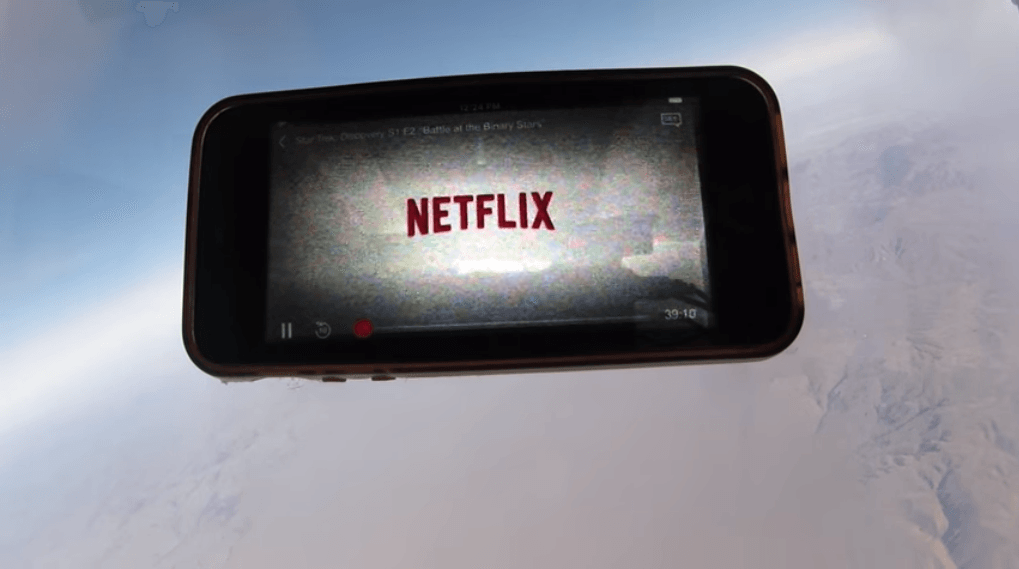 On the 15 March 2018 an episode of Star Trek: Discovery was launched into space, surprisingly not in a vain hope of jettisoning it from human memory, but to show that TV can be broadcast on the final frontier. Netflix’s latest attempt to attract new members shows that the company has no limits. If we can broadcast an average science fiction program to the stars then does this mean that Netflix knows about the existence of alien life? Is the hope that alien species will soon be signing up to Earthling streaming services the true motivation for launching Star Trek into the stratosphere and if so – what should we send them next? If we are to send TV into space, what should it be?

Short answer: Not Star Trek Discovery. This isn’t a comment on whether or not this show is good or not. There are armies in blue, gold and red shirts who will gladly give the subject more time, hyperbole and rage than I can muster in the space of a short article. Instead, I make this argument because Discovery, being a show about humanity meeting new forms of life, may not be the best thing for alien life to witness in the first place. What if an alien race encounters an episode of Star Trek? There will be no ‘it’s from the time period’ excuses, no way of us explaining that due to current anxieties the show looks, sounds and makes points the way it does. Instead, we may find ourselves confusing, or even angering, extra-terrestrial lifeforms. They may cry out against a truly naïve representation of themselves, claiming we have anthropomorphised alien life in an attempt to understand ourselves better, which seems incredibly self-centred and obsessive from an outside perspective. And to a certain extent, they would be correct, as much of science fiction isn’t about alien races or other planets but about examining the human condition. It’s like how Hollywood Westerns may have grown to depict Native Americans in a light that wasn’t entirely racist, but they still are about the white man’s dramas surrounding colonialism and racism rather than the actual Native Americans.

So, is science fiction the way to go? Maybe not, since it would only show ourselves as a race of self-absorbed narcissists. Then again, maybe we should sell ourselves in this way. It would at least be an honest way of depicting humanity, making it more accurate than any of the characters in Star Trek: Discovery.

[Extra-terrestrial lifeforms] may cry out against a truly naïve representation of themselves, claiming we have anthropomorphised alien life in an attempt to understand ourselves better

If Netflix is the one to command the steering ship of content, then it has multiple options that could work. The streaming service has obtained many of what are considered the greatest modern TV shows (or at least most popular) of all time including Breaking Bad, Mad Men, Friends, Orange is the New Black and Brooklyn 99 to name a few – so if we want to show off what we believe we’re capable of then there are plenty of options. TV that is clever, TV that is ground-breaking from its current time and TV that is funny and socially aware is the TV that works, and demonstrates that although our media content can become dated, it will be forever loved – Friends is a case in point.

Netflix also has alternatives – how about we show just what humans are precisely made out of and how they taste – it’s got 2 seasons of Hannibal. How about a show that demonstrates that the best drug for humanity is nostalgia – Stranger Things and Everything Sucks are perfect for this. If we want to show that we can be committed to TV for years beyond all other commitments then How I met your Mother is a good thing to send to the stars and, if the purpose of sending content to space is to ask another alien race to please come and fix us with a hug and a blanket, then I can think of nothing better than Black Mirror.

The alternative route is to present something which is honest and feeds more into our narcissism – let’s show space what we’ve got with reality TV. Jeremy Kyle is a wonderful way of showing just how messed up we can be on an individual level in regards to each other and in the head. Gogglebox would be effective as a way of showing how we watch TV and the levels of engagement we, as human beings, have when it comes to entertainment. If aliens want to know how we dysfunction on a day to day basis then Big Brother is still going.

When it comes to sending anything into space, be it what our planet has to offer or what we are as people, the decision’s always going to be whether we show what we want to be or what we are. TV offers both. If we want a portrait of what we are like then there are limitless depictions available and if we want something that makes us better, or worse, then there’s more than enough stories to disappear into. If we do show alien races TV then let us show them that we are obsessed with analysing ourselves, that we can make aesthetically pleasing TV and that we are both flawed but also can sound amazing while being such. In other words, this is my plea for us to send Crazy Ex-girlfriend: all three seasons should be shot into space so that alien races can understand concepts from female anatomy to mental illness and Broadway musicals. Then they can judge the distance they need to keep from Earth based on these important concepts.