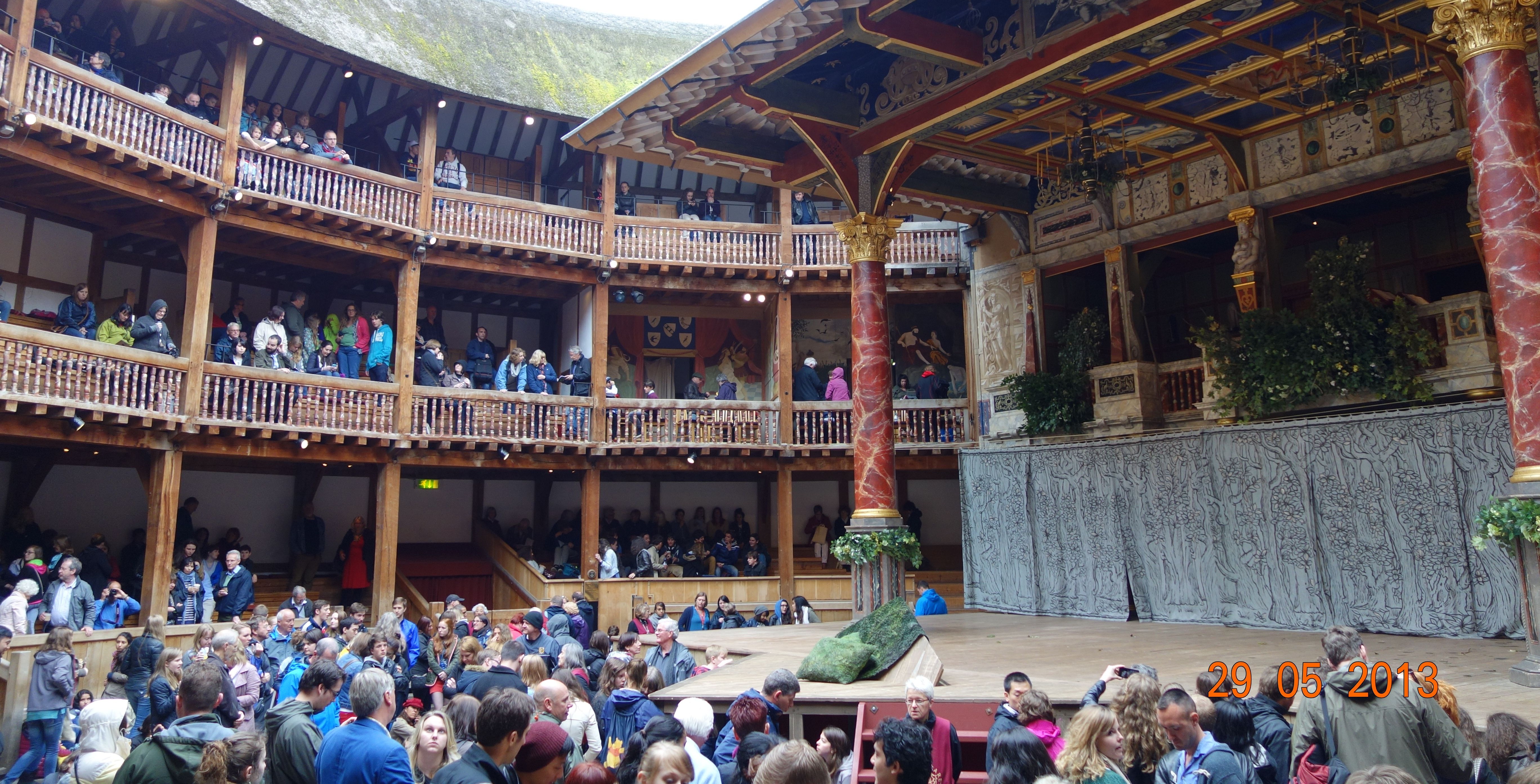 “Very old words, with a very new face”: Shakespeare’s Globe as an arts destination for students

London is big; it is massive. It is complex and sweaty and stressful. As someone who does not come from London, it can all seem a bit overwhelming – the tall glass buildings, the plodding traffic, the disinterested pedestrians. What is fantastic about our capital, however, is how easy it is to stumble into a part of the city that seems almost untouched by centuries of modernisation. A quieter, more authentic London. Shakespeare’s Globe is one of these places.

I recently visited the Globe for the first time and, to me, it seemed to embody the best of London and indeed the arts. It seemed to be a place where the old and the new come together in diverse and provocative ways. The structure itself was built in 1997 and stands around 200 metres from the site of the original Globe, built four centuries previously in 1599. The ways in which its inhabitants deliver the Bard’s plays have also been rethought and restructured over time and the result in 2018 is an arts destination that is refreshingly and unexpectedly modern.

The production I watched was Richard II, performed by a group of American theatre students from the Rutgers Conservatory in New Jersey. It was a free performance and the culmination of a year’s study abroad for the 26 students in the company. Much of the audience was made up of the families of the students, along with the odd group of reluctant sixth-formers. I was not expecting something outstanding – after all, it was a free, semi-professional performance. I was hoping it would be good enough to make me return to see something ‘proper’ starring David Tennant or Mark Rylance. I didn’t anticipate it being a fantastic performance in its own right and something that changed my perspective on the value of Shakespeare in the 21st century.

A student performance, it turned out, was possibly the best way to showcase the diversity and reinvention that characterises the Globe as an arts destination. The opening seconds of the performance were enough to throw the viewer off-balance. I was prepared to begin translating the thous and betwixts of Shakespearean English, when some familiar chords sounded and the company broke into an atmospheric cover of Coldplay’s Viva La Vida – a song that could not be more apt for that play.

Then came the often amusing experience of hearing the most English of English lines being performed by actors with noticeable New York or Texan accents. Costumes were limited, most likely due to the inevitable budgetary issues of a student performance, but there was something brilliant about watching King Richard striding around with an Adidas jacket under his flowing gold robe, or John of Gaunt wearing heeled boots and a long black cardigan. As has long been practised in Shakespearean theatre, gender and race meant little. Both Henry Bolingbroke and Gaunt were played at some point by women, Richard himself by a black actor for the first part of the play, and the production also featured the first black, female Abbot of Westminster to sit on the Catholic clergy of fourteenth-century England!

This level of reinvention, imagination and adaptability left me enlightened as to the potential of the Globe in a modern world which is no less chaotic and contradictory than the one that Shakespeare wrote about, or indeed lived in. Just as the jets from Heathrow occasionally cut across the oval of sky visible beyond the theatre’s thatched roof, signs of modernity are inescapable in any rendition of Shakespeare’s work in the 21st century. It is testament to the writing itself – which remains unchanged – that it has only been enhanced by the developments that the Globe has so enthusiastically embraced.

As a non English Literature student, I can confidently say to any student who wants a decent day out that the Globe offers something uniquely suited to the London arts world: very old words, with a very new face. Keep an eye on their schedule – it’s surprising what you can experience, even without David Tennant.