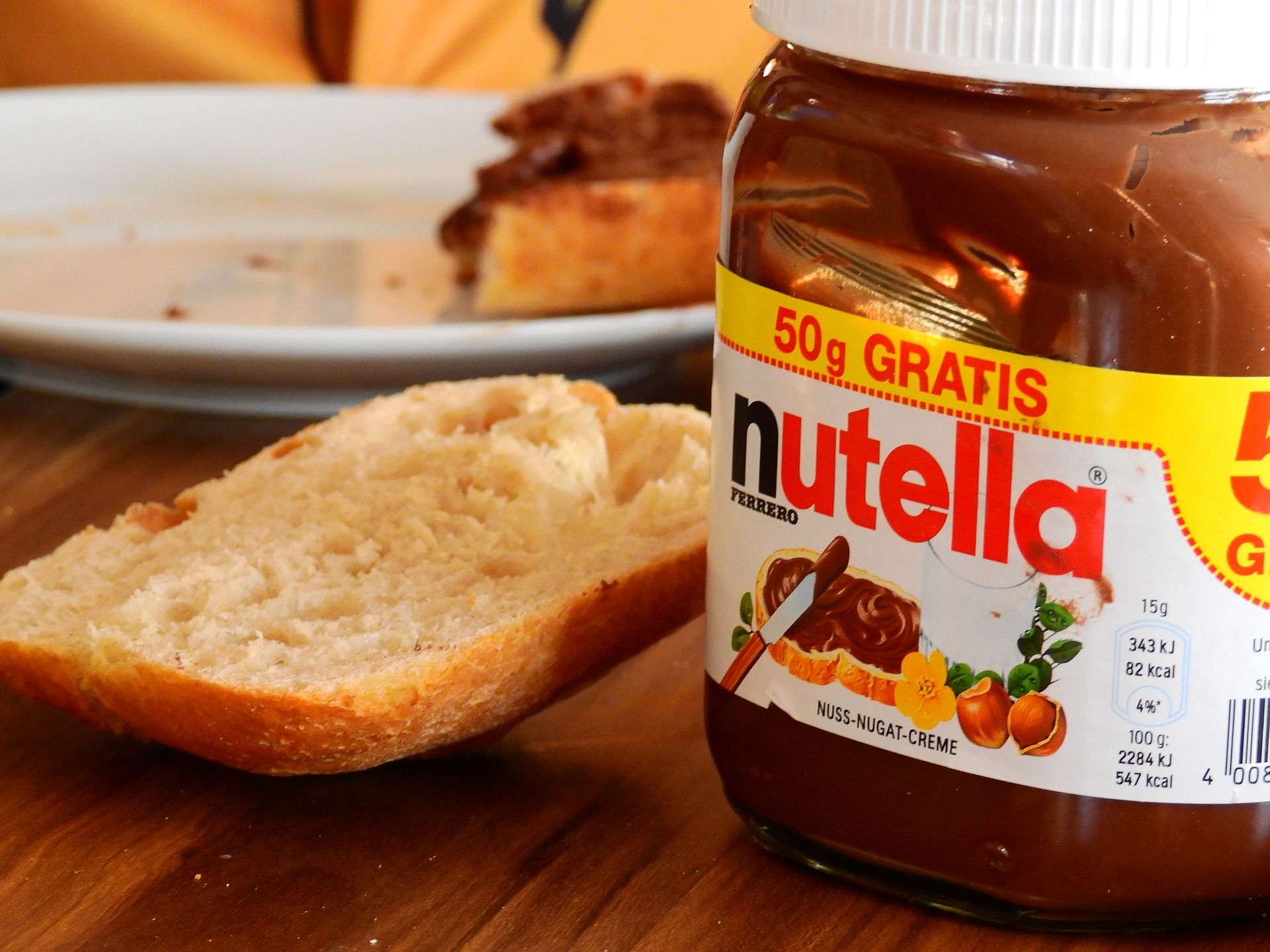 Recently, reports of riots in supermarkets were made in France. Why? Well, people seemed to go nuts for Nutella, the popular hazelnut spread. Little did Intermarché staff know, that once the price of Nutella was reduced by 70%, chaos would break out. But why is it that we love this chocolate and nut spread so much? What makes it so addictive?

It seems that Nutella’s roots can be traced back as far as 1806, when Napoleon tried to freeze British commerce in attempts to win the Napoleonic wars. His actions led to a continental blockade which resulted in the cost of chocolate to skyrocket. However, the resourceful chocolatiers of northern Italy (Turin to be precise) began adding chopped hazelnuts to chocolate to make supplies last as long as possible. This delicious paste was then dubbed ‘gianduia’.

Little did Intermarché staff know, that once the price of Nutella was reduced by 70%, chaos would break out

100 or so years later, chocolate became expensive once more due to rationing in Europe during World War II. It was then that Pietro Ferrero, an Italian pastry maker, turned to the hazelnut for salvation once more. In 1946, he created Pasta Gianduja, which was renamed ‘Nutella’ in 1964. Its popularity is undeniable, with one jar sold every 2.5 seconds across the world, with Ferrero (now a global brand and company) having an annual turnover of £6.5bn.

Nutella reached success very quickly. It was ‘something above average, something which was not a necessity’ and thus became the epitome of a ‘pop lux’ (popular luxury) for Italians, as explained by Roberta Sassatelli, associate professor of Cultural Sociology at Milan University. Its addictiveness lies in its ingredients. Apart from sugar and fats, Nutella is rich in chocolate. Chocolate contains addictive substances; one of these substances is tryptophan. Tryptophan is an amino acid that is a precursor to serotonin, a neurotransmitter involved in regulating moods. High serotonin levels produce feelings of elation. Along with tryptophan, there is also phenylethylamine, a neurotransmitter derived from amphetamine. This causes feelings of excitement and attraction.

Tryptophan is an amino acid that is a precursor to serotonin, a neurotransmitter involved in regulating moods

Although it’s difficult to claim that Nutella is nutritious, some claim that it supplies some of the key vitamins and minerals needed for good health. The hazelnut content of Nutella can boost the health of your heart, though its high fat and sugar content is its major downfall. But, it’s the sugar and fat that gives it the properties we love so much.

Made with palm oil, Nutella is easily spread on pretty much anything. From pancakes to bread, it seems Nutella is the go-to for chocolate and nutty goodness. However, the European Food Safety Authority published a study last year, in which the chemical contaminants that result from refining vegetable oils (including palm oil) may increase the risk of cancer.

Vegetable oils refined at approximately 200°C are rich in glycidyl fatty acid esters, 3- monochloropropanediol, 2-monochloropropanediol. As of yet, no tolerable or safe levels have been set for glycidyl fatty acid esters as the group found sufficient evidence it is genotoxic and carcinogenic. Ferrero claims that the palm oil used in Nutella is refined at temperatures lower that 200°C. Studies have found that unrefined palm oil plays a role in promoting cardiovascular health. In a study published in the British Journal of Biomedical Science, it was reported that despite high levels of saturated fat in palm oil, the oil did not contribute to atherosclerosis and/or arterial thrombosis.

Despite the controversy around its nutritional impact, there is no denying that Nutella is loved all over the world. In fact, American blogger Sara Rosso established World Nutella Day on 5th February 2007. This soon became a global phenomenon with people sharing and spreading their love of Nutella. Ferrero took ownership of this holiday in 2015 to allow it to continue at a larger scale.

Despite the controversy around its nutritional impact, there is no denying that Nutella is loved all over the world

It seems no shock that we’re all addicted to this. With its rich flavour, chemically addictive ingredients, as well as creamy texture, we just can’t get enough!