Local organisations and political groups met Thursday 15 March at the Housing and Homelessness summit to address the rise in homelessness in the area.

Government figures indicate that the Warwick district is the worst area in the West Midlands for the problem, which has increased in recent years.

Some figures indicate that rough sleeping has doubled since 2010.

Local charity P3, who have experience tackling homelessness in the region, has labelled Leamington Spa a “homelessness hotspot”.

The Housing and Homeless Summit took place on Thursday 15 at Leamington Town Hall. It was hosted by Matt Western MP, and was well-attended. The focus was on finding practical solutions to end homelessness in the area, which will form the basis for joint working at both local and national government levels.

Matt Western told the Boar, “I was pleased to organise and chair the Housing and Homelessness summit which brought together many organisations working hard on the issue of homelessness in our local area.”

“Representatives from national homelessness organisations such as Crisis and Shelter travelled all the way from London and other parts of the country specifically to attend the meeting. I am delighted that Warwick District Council and Warwickshire County Council supported the initiative.”

He continued: “The summit allowed us to share our ideas about finding practical solutions for those suffering from homelessness in our community. Many positive ideas and suggestions were shared, including the need for housing first policies, innovative addiction treatments and the use of modular housing. Homelessness locally has doubled since 2015, and Warwick District is now the worst in the West Midlands for rough sleeping.”

“We can and should be more ambitious in trying to end homelessness all together ahead of the national target of 2027.” 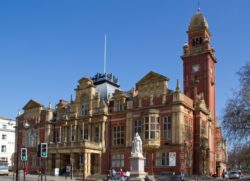