Live theatre screenings: a curse or a cure?

In June 2009 the National Theatre broadcasted live, to more than 300 cinemas around the world, its production of Phèdre. This marked the birth of NT Live. Since 2009, hundreds of productions have been screened. Hamlet is the largest single broadcast to date, engaging more than 500,000 viewers worldwide. Live theatre screenings have successfully attracted new audiences from across the country, but, as a result, smaller theatre companies have suffered. Many have also questioned whether the screenings ruin an organic theatre experience.

According to research carried out by the National Theatre and the Tate, cinema audiences are more ‘emotionally engaged’ than theatre audiences. The clarity of sound and the intimate shots close to the actors’ faces can make the experience more powerful. The intensity of theatre is still there but the character’s emotions are captured more clearly.

Does screening theatre discourage people from seeing the real thing? Not really: there is evidence to suggest that the experience leads to greater appetite for the theatre. Live screenings attract a significant minority who do not normally go to the theatre. Furthermore, it provides an opportunity to have a front row experience at a fraction of the cost.

Live screenings also give people a chance to see a production they missed out on. It is often difficult to get tickets to a play if you are not a member of the theatre. Most venues that host live screenings have both live nights and ‘Encore screenings’ at times of their choice. The Encore screenings mean a performance can be streamed for a few weeks after the live date, making the play even more accessible to a wider audience.

A few months ago, I saw Yerma as part of NT Live. I had turned up with low expectations. How could it ever be as good as seeing the live performance? To my surprise, it completely blew me away. I realised I had been worried that the screening would try to mimic real theatre as much as possible. However, NT Live managed to create a completely unique experience. The cameras moved around the stage, panning in and out, approaching and retreating to create an astonishing cinematic experience. It was thrilling to know that I was sharing this moment with thousands of people around the world.

In her article in The Guardian, Elizabeth Freestone argues that Encore live theatres screenings damage smaller theatre companies’ sales by competing for venue space. She explains how there are more large companies screening shows, especially during the weekend which is prime time for live local theatre. Although Freestone’s point is a good one, screenings are often shown in local cinemas so cannot be deemed completely disruptive to local theatre. Indeed, the Independent points out how the “fear that streaming plays in cinemas would cannibalise theatre sales has largely been disproven”. Nesta’s 2014 report – looking at data from ticket sales for fifty-four performance arts venues across England from 2009 to 2013 – concluded that screenings actually improved local theatre attendance. London saw a significant increase of 6.4% in local theatre attendance following the introduction of NT Live.

This all suggests that we should be inclined to feel positively about cinema screenings of theatre performances. The use of digital technology by theatres has been a crucial adaptation in a rapidly evolving artistic world. It has successfully proved how theatre will not be left behind and is still a fundamentally relevant art in the modern day. 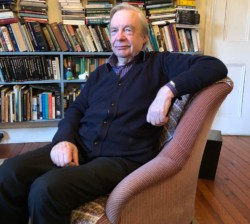