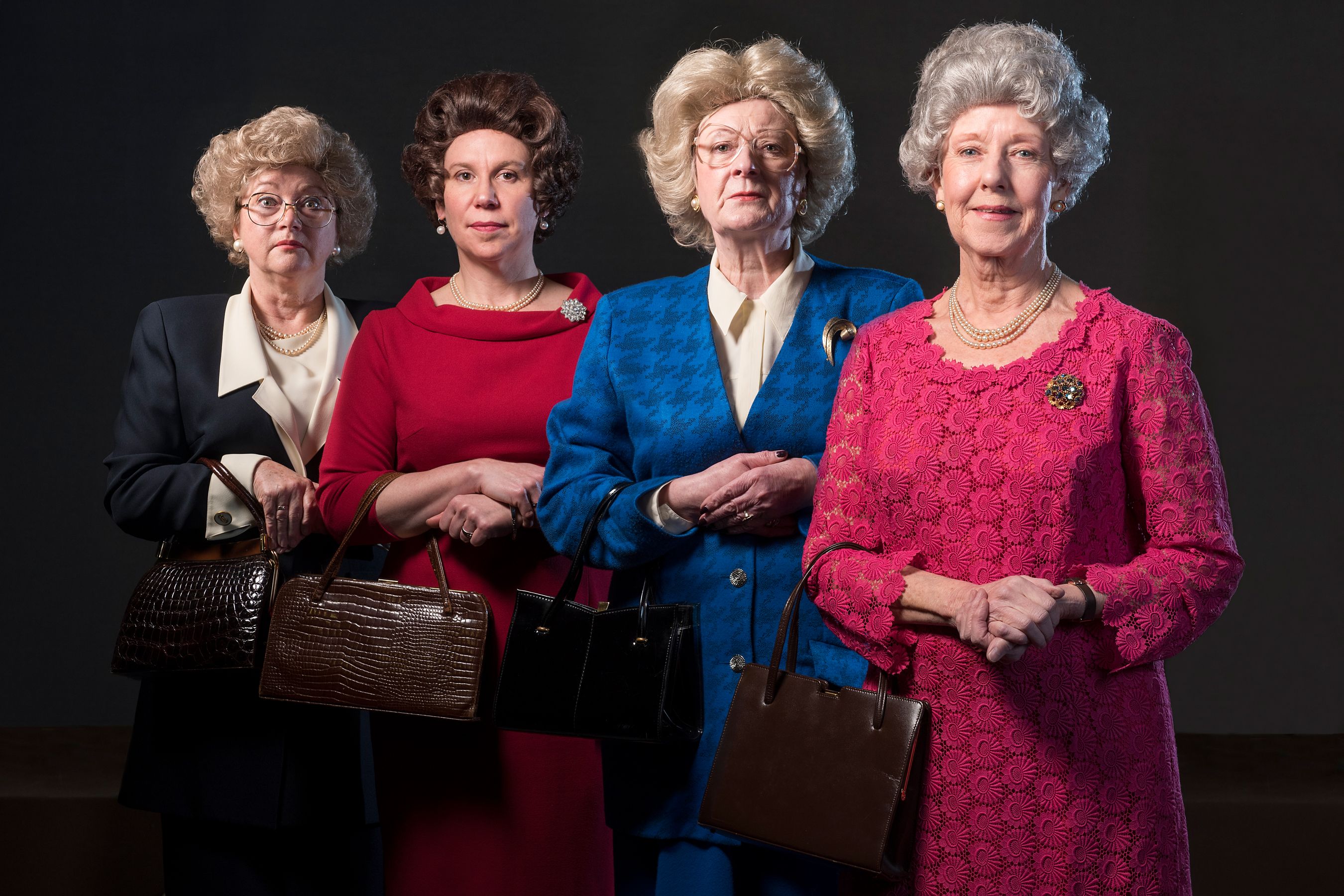 Handbagged review: “a whistle-stop tour of the 80s”

The use of political satire as a form of social commentary and as a comedic art tends to fluctuate over time. Some periods are characterised by apathy and the mundane; others seem to overflow with potential for comic reflection. Arguably our own time is such an example of when the stars of personality, quirkiness and sheer ineptitude have aligned to create fertile ground for ridicule and a very British form of quiet, self-deprecating panic.

The Loft Theatre’s recent production of Handbagged, directed by Gus MacDonald and written by Moira Buffini, shines a light on the last great period for British satire – the 1980s. Handbagged presents a whistle-stop tour of the decade, from the music of Madness to tub-thumping trade unionists, but its main purpose is to imagine the relationship between Margaret Thatcher and the Queen. In short, it aims to paint a picture of an era that is slowly slipping into the memory of generations past.

Handbagged presents a whistle-stop tour of the decade, from the music of Madness to tub-thumping trade unionists

Its extensive subject matter and eleven-year timeframe makes this an ambitious production. The play takes the form of a conversation between the ageing Queen and Margaret Thatcher, about their relationship during Thatcher’s premiership and the events that occurred during it (which are simultaneously portrayed by their younger selves). Two male actors are also on hand to fill supporting roles such as Rupert Murdoch and Prince Philip (who is only allowed one line – albeit a good one).

Its greatest strength is the dynamic it creates between the actors and the audience, and between the actors themselves. Great stage comedy is often defined by its breaking of the so-called ‘fourth wall’, but Handbagged takes this further. The Queen establishes in the first scene that “everything we say today will stay within these three walls” – the fourth wall isn’t so much broken as non-existent. This ingeniously allows the legacy of Thatcher to be framed as a conversation between the characters of the past and the audience of the present.

The supporting actors periodically break character to discuss the events from a contemporary viewpoint, offering different perspectives – for the younger actor these are historical events, for the older they are lived experiences. The value of this dynamic is indispensable as it makes the play more than an historical curiosity; in everything from their quips about arts funding to more serious references to Thatcher’s legacy of 21st century austerity, Handbagged holds up a mirror to our own day as much as it does to the past.

The panache with which this is delivered is also, overall, fantastic. The bulk of the lines (and there were a lot of lines) were held by the younger Queen (Anne-Marie Greene) and Thatcher (Mary MacDonald), and their mannerisms and voices were imitated brilliantly. Phil Reynolds also brought a lot of energy to the play, managing to pin down multiple characters as diverse as Denis Thatcher and Ronald Reagan within a single scene. Ed Statham also delivered a good performance, most memorably as Nancy Reagan; generally he provided comic relief.

It is at its best when subtly conversing with the present to address problems around the nature of legacy, memory and historical inaccuracy

However, in some areas, the production does not do justice to its ambitious vision, becoming confused as the show progresses. The conversation about the relationship between the two characters (which is based only on speculation) inevitably leads to disagreement about whether “I actually said that”, and with these constant conflicting dialogues, it was very easy to get lost. In addition, the show was very long and proceeded chronologically at a plodding pace, sometimes spending minutes on a trifling historical point. I am of course, as a history student, not disputing the value of historical accuracy, but to take such a fastidious and scholarly approach to a comic play seemed unnecessary. This narrative-driven, ‘tell don’t show’ approach produced something which at times felt too much like an A-level history lesson to be entertaining.

Handbagged therefore seems to set its own standards a little high. It is at its best when loudly caricaturing the ‘80s and subtly conversing with the present to address problems around the nature of legacy, memory and historical inaccuracy. For all its flaws, Handbagged would be informative and entertaining for anyone with an interest in the politics of the past and the present, and offers something fresh to the ever-increasing potential of political satire. 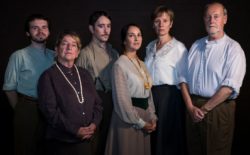 Emotive and harrowing: ‘The Pity of War’ repertory season