Our phone screens are keeping us up at night

We hear time and time again that looking at our phone screens before bed isn’t the best thing to do. However this hasn’t stopped many of us from checking Instagram or Facebook in the darkness of our rooms. Here is another warning to save ourselves (or at least our bedtimes) from these addictive machines.

Sleep isn’t just a state of rest; there are several types and levels of sleep. Rapid eye movement (REM) sleep and non-rapid eye movement (non-REM) sleep are the two major types. As we drift from consciousness, our heart rate, temperature, and energy usage decrease, and we fall into non-REM sleep. During this period, the brain is relatively inactive, but the body is able to move, and some dreaming can occur, though it is not vivid. We then transition into REM sleep, during which scans show the brain is as active as when we are awake. However, the body is paralysed, which is why REM sleep is also known as paradoxical sleep. Just as the name suggests, during REM sleep the eyes move and vivid dreaming occurs. We alternate between REM and non-REM sleep every one to two hours, but this can vary between individuals. The timing of sleep is heavily dependent on the signals produced by the body’s circadian rhythms.

When we check our phones just before sleep, we subject our eyes to a stream of photons from our screens. These signal the brain to stay awake by preventing the secretion of melatonin. This can quickly become a slippery slope, as we tend to use this manufactured state of wakefulness to stay up on our phones even longer, meaning we miss out on a few hours of sleep each night. This lack of sleep has an impact on our overall health in a myriad of ways; attention falters throughout the following day, memory can be impaired, and ability to think through problems is also challenged.
Sleep allows neurons (which work throughout our waking moments) to rest, and supportive glial cells get to work cleansing toxins that build up during the day. If our sleep is disrupted by phone usage and we only get five hours of sleep – instead of the recommended seven to nine hours – in 95% of people, these toxins remain in the brain. In 2013, Dr Lulu Xie and her team discovered that during sleep there is a significantly greater clearance of the toxic beta-amyloid peptide (a protein heavily linked to Alzheimer’s disease).

Poor sleep also has a part to play in current levels of obesity. Decreased amounts of sleep disrupt the levels of insulin (responsible for regulating metabolism) which increases the likelihood of gaining weight from food consumed. Obesity’s link to other conditions, such as heart disease and diabetes, gives an even greater concern to health experts. But it isn’t staying up on the phone alone that has caused this issue; it’s added to by the shift to long working days and as students, late study sessions. However, late phone sessions undeniably contribute to the problem of people staying up for longer at night.

Humans spend almost a third of their lives asleep, which emphasises how essential it is for our overall health. ‘Light pollution’ from our phones may have a detrimental effect on our health, affecting our ability to consolidate memories, stay attentive and prevent onset of disease. It is therefore important to prioritise sleep wherever we can. Ideally, we should put our phones away at least an hour before going to bed, to prevent any disruption to our sleep cycle. As more of our lives are increasingly online, it is hard to pry ourselves away from our phones, but doing so may save you from walking into your 9 o’clock lecture in a zombie-like trance. 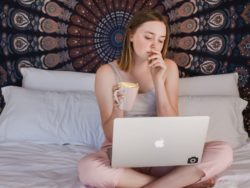 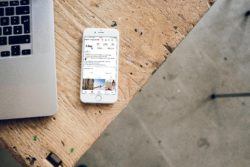