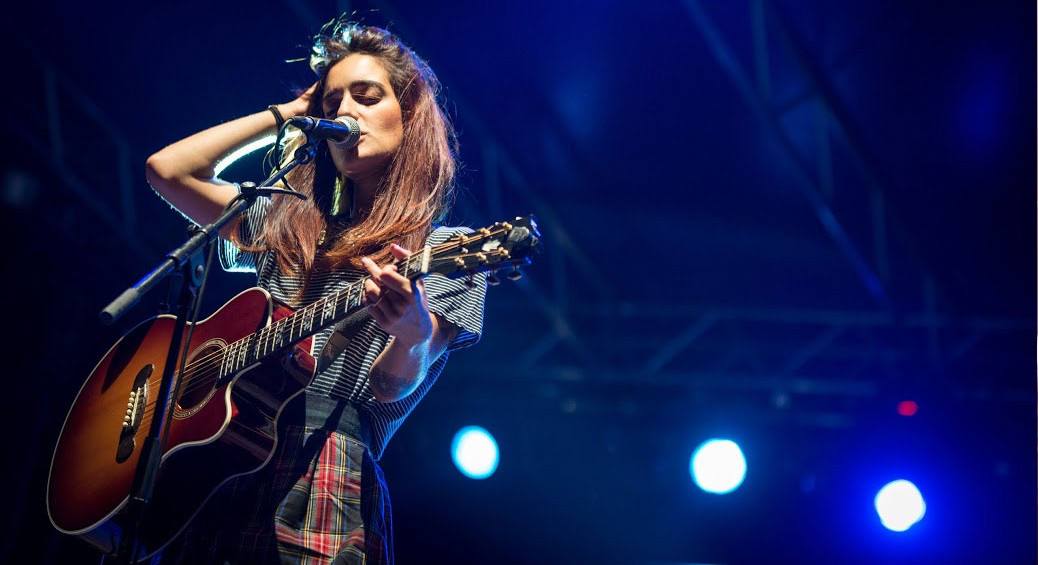 Italian singer Levante demonstrates what it really means to perform

It is almost a given that a famous British band touring abroad attracts a varied audience, some even travelling to neighbouring countries if their own didn’t make the cut for the European tour. So how does it work the other way around? Seeing the Italian singer Levante in London’s The Garage on the 13th February proved not only to be an exciting live performance, but also a dive into the Italian diaspora of London – my friend and I were probably the only non Italians in the whole venue.

After an incredibly successful 2017, Levante has hit the ground running this year with her European tour ‘Caos in Europa’, promoting her critically acclaimed and chart-topping third album, Nel caos di stanze stupefacenti. Levante, stage name of Italian singer Claudia Langona, did not disappoint with the penultimate show of her tour, especially considering the eager, sold out crowd.

At around 9pm the lights went down and the band came onto the stage, Levante’s whispered words filled the room signalling the start of the performance. She came out to loud cheers and immediately launched into her performance with ‘Le mie mille me’. Her powerful voice along with the driving beat lifted the audience into a feeling of euphoria that would continue throughout the night.

With a capacity of 600 people, The Garage is slightly smaller than the Italian venues that Levante is used to, giving the performance a more intimate feeling but also mimicking the temperature heights of Italian summers – faces were shortly glistening with sweat as the room reached boiling levels. The stage lighting alternated cool blue and fiery red tones as Levante went through dramatic choruses of songs such as ‘Io ti maledico’ and ‘1996 La stagione del rumore’.

Opening with five consecutive songs, three from her new album and two from her 2015 album, Abbi cura di te, the euphoria was arguably mirrored in the fast pace of the performance, Levante stopped only to thank the audience between songs. As the show developed, she embellished her set consisting mainly of her new work with songs from the previous two albums, including ‘Alfonso’, the 2013 smash-hit that kick-started her career in Italy. Slower, but just as powerful songs such as ‘Io ero io’ and ‘Abbi cura di te’ were incorporated showing the breadth of emotion and vocal ability of the singer but also gave the audience a break from the more energetic songs, a chance to cool down a bit.

The hype of the concert was reflected in Levante’s movements across the stage. Her passion for the music was seen in her energetic dancing which in no way impacted the strength of her voice, but made her even more enjoyable to watch. She looked like a person who is genuinely enjoying every second of it and her energy was infectious – the whole audience could not help but feel a sense of excitement throughout the hour and a half performance.

Her interactions with the audience were brief but intimate, as she preferred to let her music do the talking. Levante’s chemistry with her band on stage was electric, she engaged with them during the performance and their knowing looks and smiles made it clear that the show works, by now, as a well-oiled machine.

Managing to maintain both high energy levels and impressive and dynamic vocals, Levante demonstrated what it really means to perform. Her versatile voice dominated the room and her clear love of singing and performing made for a concert that will not be forgotten. During this high energy show I had half forgotten that I can’t speak Italian. 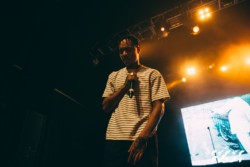 Leon of Athens brings Greek indie-pop to the UK