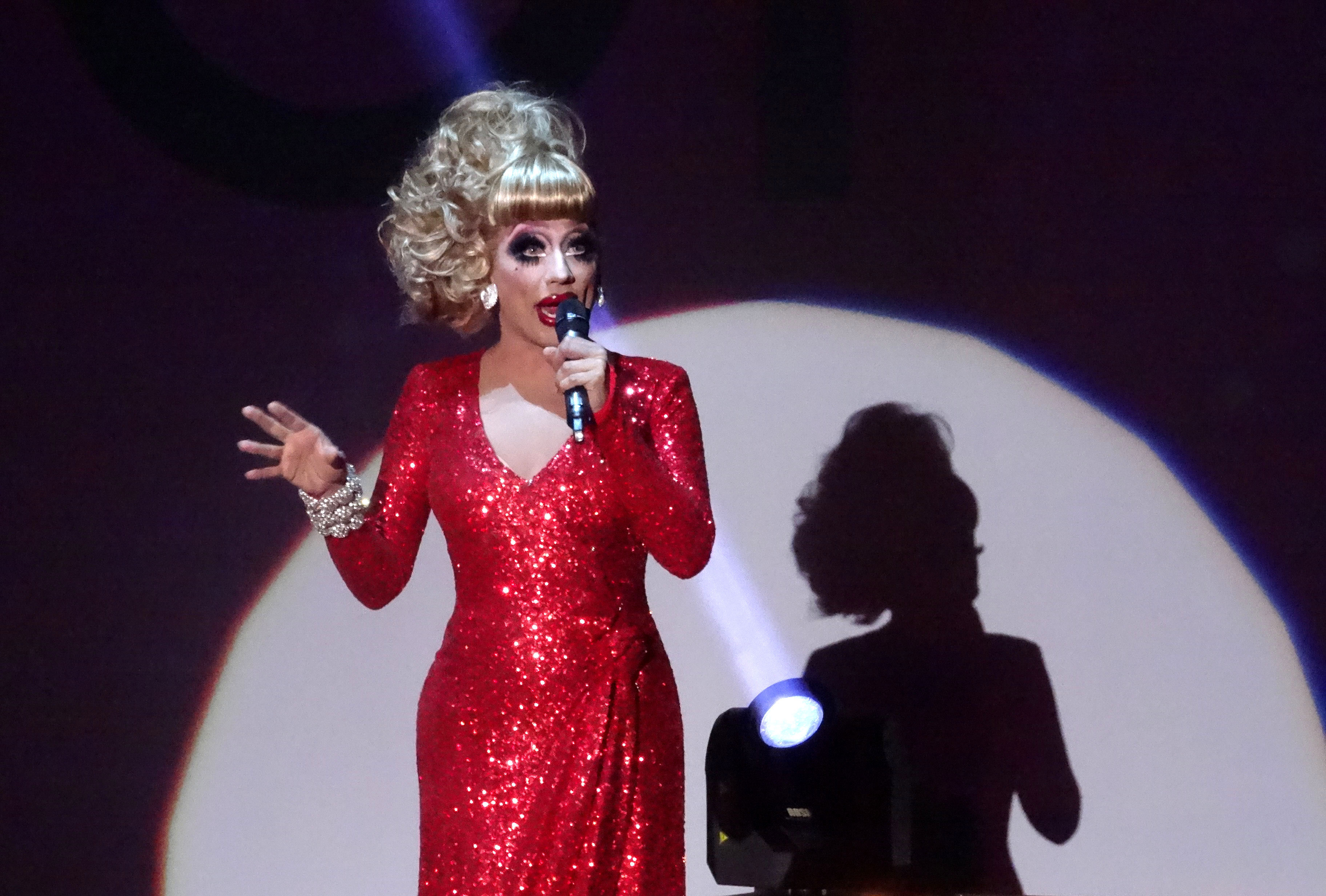 Drag is an art form and a political statement

Drag queens have for decades been a vital part of the LGBTUA+ community. As an art form and a social and political statement pioneered by gay men and transgender women, drag made up a culture and community of its own, always on the cutting edge of underground art scenes and queer subcultures. Drag queens were a central presence at the Stonewall Riots in New York, fighting for their rights and the rights of their communities. Now, drag’s seemingly entered a new era; becoming increasingly more popular, and entering the mainstream media landscape.

For many, drag is a way to experiment with gender, to be free from societal confines and explore or define who you are. Jake, a 22 year old student, used to perform as drag queen Katie-Jane. Through drag, he “found that gender was not simple” and “began to question my own gender.” He adds that “drag allowed me to discover my own identity.”

For many, drag is a way to experiment with gender, to be free from societal confines and explore or define who you are

In this way, drag can be seen as still just as important today as ever for people who want to be free to find and create their own identity, often away from rigid, patriarchal concepts of gender. For LGBTUA+ people, often alienated by heteronormative society and sometimes even by their families, this experience can be healing and vital, and allows them to be part of a rich community. And of course, it’s a continuation and celebration of LGBTUA+ history, heritage and culture.

However, has drag itself actually entered mainstream society? Or just RuPaul’s Drag Race? Beginning life as a low budget show with a cult following, Drag Race is now Emmy-award winning and hugely famous, helmed by the formidable RuPaul Charles. Queens who win the show are catapulted to superstardom, and intra-community slang terms have entered mainstream vocabulary.

For LGBTUA+ people, often alienated by heteronormative society and sometimes even by their families, this experience can be healing and vital

Jake tells me: “When we talk about drag entering the mainstream, we can just say RuPaul’s Drag Race.” And as Kim Chi, a Drag Race finalist, pointed out on Twitter recently, “If you can name every single Drag Race queen but can’t name ten local queens in your hometown, you’re a Drag Race fan, not a drag fan.’

On the surface, the show’s popularity seems like a fantastic thing – the art of drag, and history and experience of playing with gender, is being shared with more and more people. We’re currently in a social and political moment where normative notions of gender are being questioned and deconstructed, both on an individual level and in terms of looking at wider social forces. And that’s exactly what drag can be: it exposes the ridiculousness of how our world constructs and defines ‘man’ and ‘woman’, radically challenging both these categories and exploring everything in between them.

However, Drag Race may not simply be amplifying this legacy, but in some ways narrowing it. Katie-Jane is in her own words “subversive”: she challenges norms of both femininity and drag by presenting concepts of ‘horror, fetish and beauty’. In contrast, Jake argues, “The mainstreaming of RPDR drag means other forms of drag, e.g. mine, become even more sidelined and seen as invalid. Drag is supposed to be about being subversive and not fitting the norm, but now norms for drag are being created and we’re being policed.”

So what might we expect from drag in a post-Drag Race world? And how can this current manifestation of drag influence contemporary society? There are the obvious positives: more media representation for gay men, transgender women and genderqueer people; demographics that make up the contestants of Drag Race, plus a greater understanding of and appreciation for the art of drag – which could lead to people seeking out local scenes rather than just watching performers on Netflix.

But as with any subversive and countercultural scene that gets adapted into the mainstream, perhaps caution is needed. We need to remember the rich history and genuinely radical ideas that are always behind what we see on Drag Race and onstage. But above all, in Jake’s words, let’s celebrate the fact that now, as in the past, drag queens are once again “at the front of the march.”