I don’t think the idea of the “damsel in distress” has ever resonated with me. Who hasn’t, at this point, played Mario and questioned why on earth Peach is getting helplessly kidnapped every five damn minutes. You’d think on the tenth or eleventh time she would think of a better plan than calling on a Mediterranean plumber.

Fundamentally though, it is undeniable that for years the concept of the “damsel in distress” dominated the narrative of gaming. We all have seen the games. The original Mario and Donkey Kong games with helpless women whose only saviour was the male player. There’s also Duke Nukem, where having a female character who wasn’t some defenseless dame was beyond consideration. Even The Legend of Zelda series fundamentally lies on the concept of a male lead coming to the rescue of a helpless girl. Add to that list Ace Attorney, House of the Dead, and a splattering of Final Fantasy games and so, so many others and you begin to conceive of the extent of this harmful cliché. 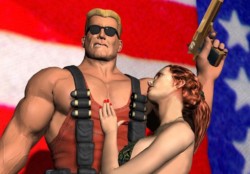 Most look back on games like these as outdated, albeit enduring, relics of the sentiments of the kind of world that thought women’s place was at home in the kitchen. Supposedly this view is long gone. We’ve changed… right?

Well, maybe not. Indeed in a lot of realms, particularly this patronizing trope of the “damsel in distress”, there seems to have been little movement. Almost every female character in the entire Assassin’s Creed series usually needs Altair or Ezio to come to their rescue, and the concept of a helpless damsel features repeatedly in the Infamous series. These new additions accompany series of old, such as the Legend of Zelda, which don’t look like they’re going anywhere soon. It would seem the “damsel in distress” is alive and kicking in the gaming industry.

It would seem the “damsel in distress” is alive and kicking in the gaming industry.

Problems with the portrayal of women in video games isn’t just restricted to exceptional cases of the “damsel in distress” or some other societal troupe. I can’t have been the only one who played Metal Gear Solid: The Phantom Pain and found justifying having a scantily clad and non-verbal female sniper companion with the ridiculous excuse of “she needs to photosynthesise” frankly laughable, if not also a little tragic. This certainly isn’t a phenomenon unique to Kojima: just play Tomb Raider or Mortal Kombat and look at some of the sexualized outfits female characters sport. It seems that gaming hasn’t surpassed some of its severely misogynistic roots.

What do we do in the face of this? It is very easy to fall into the belief that the entire industry is a misogynistic waste of time, totally incapable of change. Yet, there is hope. For every “damsel in distress” game released in recent years, there are many with strong female characters like Red Dead Redemption, Uncharted, or Mass Effect. The number of female leads has also increased, with games such as Horizon: Zero Dawn and Hellblade: Senuna’s Sacrifice. Truth is the gaming industry isn’t one homogenous block and its developers don’t all follow some shared conspiratorial guidelines.

It is very easy to fall into the belief that the entire industry is a misogynistic waste of time, totally incapable of change.

More than that, what the offenders in the industry don’t realize is this issue isn’t strictly political. While the “damsel in distress” concept is harmful in a political sense, it has also become such a tired and overused trope that including it only serves to worsen a game. Consumers seek unique originality and flair, not tired repetition and clichés. It’s time for those in the industry who lag behind to catch up with the rest of us.

Why games are a great place to encounter great music 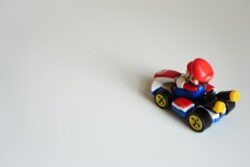 355 days since the last Direct: where is Nintendo?