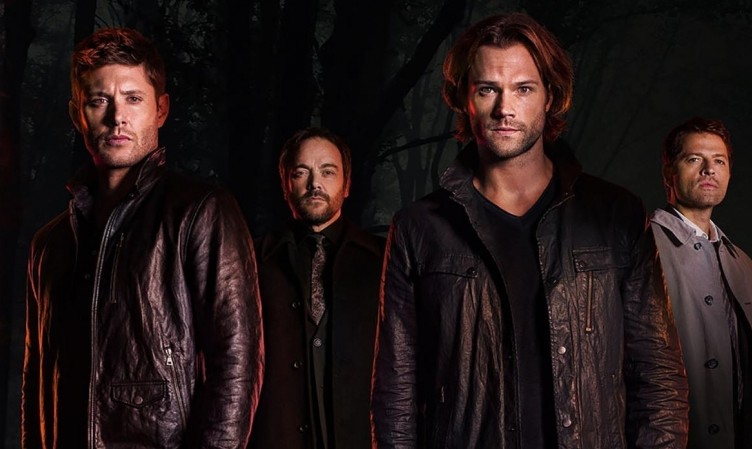 Crossed Wires – The Good, Bad, and Ugly World of the Crossover

There’s a heated debate at the moment over which is more shocking: the fact that Supernatural is still airing (despite being on it’s thirteenth season and fast running out of plotlines to regurgitate); or the fact that, in a bid to solve this originality issue, this season will bring a crossover episode with Scooby Doo.

Despite the initial confusion as to how this was greenlit in the first place, the episode may end up being the best episode of the season – and not just because the bar is quite low. Crossover episodes are where two (or more) TV shows join their casts together for a storyline, establishing that the shows run in the same universe and allowing audiences to watch their favourite characters interact with one another.

The concept is a solid one, but crossovers suffer from the fact that not only do they have to balance the screentime and plot across two casts, they also have to make sure that any viewers who know one show but not the other aren’t left completely in the dark. This means that crossover episodes should introduce two or more new casts, while also including adequate plot and character development. All usually in well under an hour. Phew.

Knowing all that, let’s jump into what good crossovers there have been. Back in the early 2000s, the Lilo and Stitch TV show crossed over with a number of other Disney shows as the titular characters hopped across various realities, including those of American Dragon: Jake Long, Recess, and Kim Possible. Part of the reason these episodes worked was because these are all kid’s shows. Falling back on archetypes is par for the course in a kid’s show, so reintroducing these casts each episode never felt lengthy or badly written: they just fell back to basics.

The other major factor in favour was that the animation styles in all these shows are different. Not only did we get to see Lilo and Stitch interact with other show’s characters, we got to see them walk around a different visual space. Part of the humour then came from the fact that they didn’t match up to their environments anymore. This could work in the ‘Scoobynatural’ episode’s favour, since the whole episode is going to be animated in Scooby’s style, giving Supernatural viewers a chance to watch the same show they love but with a nostalgic twist.

But Disney didn’t always manage to pull off the children’s show crossover. The imaginatively named ‘That’s So Suite Life of Hannah Montana’ and ‘Wizards of Deck with Hannah Montana’ were filled with issues, mainly from the fact that all their main characters were loud and attention seeking. This works fine when you’re on your own show, but bring five loud bratty teenagers into one room and suddenly the American humour turns into grating pain.

The logic behind combining those shows made sense though. You can see where Disney got the idea from. But only just beaten by Supernatural as far as head-scratching combinations go is an older crossover: Fresh Prince of Bel Air and Blossom. While there are arguably some similarities between these two shows, such as the family focus and the coming-of-age element, they really weren’t that similar. Their main similarity was that they were both run by the network NBC and that they had neighbouring slots, which meant a crossover fit the schedule perfectly. And strangely, the episode almost worked, because it focused on these similarities and most importantly didn’t bring across the whole cast from Fresh Prince – only Will Smith.

Oddly, the ‘Scoobynatural’ episode might be one of the CW’s best because there’s a solid limit on the cast size

This made it more manageable. The CW, which broadcasts Supernatural, also shows the Arrowverse set (Arrow, Flash, Supergirl, and Legends of Tomorrow), which it has frequently done crossovers for. These make sense to crossover, far more than Fresh Prince ever did, because these are all DC Comics superheroes. But by pulling together four major casts (think minimum five regular cast members per show, not including recurring characters), the network shoots itself in the foot. Nobody cares enough to watch all the Arrowverse shows, so the crossovers just feel archetypal and, from a storytelling point of view, poorly paced and quite idiotic.

Oddly, the ‘Scoobynatural’ episode might be one of the CW’s best because there’s a solid limit on the cast size. As long as they don’t overcomplicate things and instead remember to focus on the nostalgic, children’s show element, the weirdness of the combo might be it’s saving grace after all.