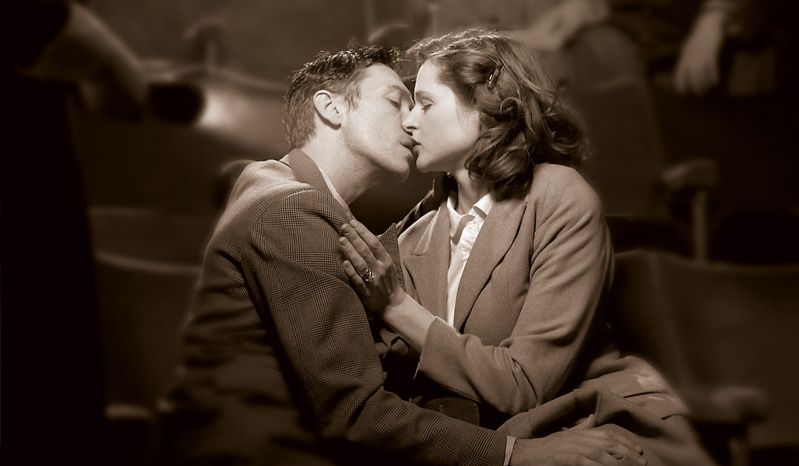 The 1940’s may rightfully be remembered as this country’s last romantic age. While the decade was beset with warfare and the looming threat of invasion, no other period in recent British history has borne quite so striking a resemblance to the ‘merry, old England’ myth that permeates our native culture. Released at the end of World War II and set during the months preceding it, David Lean’s wartime masterpiece, 1945’s Brief Encounter, is suffused with the same romanticism, honour and loss that would come to define those six years of international strife.

Seventy-two years on from the film’s original release, Brief Encounter has undoubtedly left an indelible mark on British cinematic culture. In 1999, the BFI named Brief Encounter the second greatest British film ever made (falling just shy of Carol Reed’s The Third Man); couples all over the world still traipse to Lancashire’s Carnforth Station to re-enact Trevor Howard and Celia Johnson’s fateful meeting and tragic end.

Brief Encounter is suffused with the romanticism, honour and loss that defines the Second World War

Emma Rice’s stage adaptation of this timeless, doomed romance seeks to incorporate both the David Lean film and the Noel Coward play, 1936’s Still Life, upon which it was based: the intention is to produce a revealing and proudly original piece of multimedia theatre. The resultant production, while certainly technically imaginative, seems to suggest something of a distaste for the emotional sincerity and amorous restraint of the original film, frequently belittling our heroes’ predicament for the sake of fleeting comic gain.

There are, without doubt, a number of moments in which Rice’s restless eye for technical ingenuity serves to complement the narrative’s emotional thread. One particularly cunning instant of transition comes to mind: as Laura and Alec embrace, the music swells with tender ecstasy, only to be extinguished by Laura’s overly homely husband turning off the radio. Quite seamlessly, Laura is inadvertently returned to the stifling domesticity that halts the lovers from expressing themselves as freely as they might otherwise wish.

Unfortunately, this tragedy of circumstance is repeatedly undercut by a number of Rice’s additions and expansions to the original filmic text. The play is perforated with a number of perfectly well performed yet ultimately intrusive Noel Coward ditties, and Rice’s inclusion of two separate pairs of comedic lovers – a remnant from the original Still Life script – quickly backfires. The reasoning behind their presence is somewhat transparent: the two new couples are of working-class backgrounds and are thus unrestrained in their erotic vulgarity, whereas our middle-class protagonists are inhibited by the customs and restrictions that their social stratum dictates. Perplexingly, Rice appears to ignore that the difficulty in actual fact stems from Laura and Alec’s respective marriages; at no point does their class enter into the conflict. Consequently, the production frequently risks adopting something of a boorish contempt for its unfortunate leads, taunting them for a prudishness they can’t possibly escape.

While their presence is unwanted, the two other couples – as portrayed by Lucy Thackeray, Dean Nolan, Beverley Rudd and Jos Slovick – are undoubtedly talented players. Indeed, they appear to benefit from considerably more stage-time than the central protagonists, adopting a number of different personas with great facility. One particular number, in which the buffet-mistress Myrtle (Thackeray), drunkenly details a series of misguided affairs to the tune of Coward’s I Am No Good at Love is especially amusing, if characteristically out of place.

While the supporting cast is decidedly well chosen, our central protagonists – as played by Isabel Pollen and Jim Sturgeon – are regrettably something of an uneven pairing. They lack the immeasurable electricity that Johnson and Howard shared in the original film, likely a result of Sturgeon’s rendition of Alec, who never quite captures Howard’s chivalric warmth, and whose accent varies from Scottish at times to Welsh at others.

The shining star, and indeed saving grace, of this production is undoubtedly Isabel Pollen’s turn as Laura, who manages to convey the bittersweet tragedy of a mature woman drawn painfully back toward impossible passion. Truly, Pollen’s performance is the human centre of a production that sacrifices emotional sincerity for technical invention and end-of-the-pier entertainment.