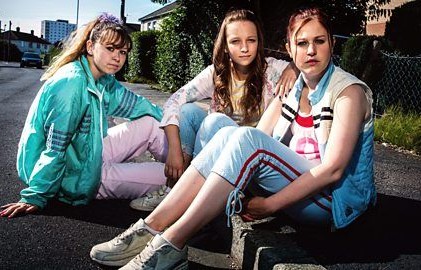 If you didn’t catch it when it came out in May, the BBC’s Three Girls exhibited the disturbing true story of young, vulnerable girls being groomed by a matrix of Pakistani men before being passed around and raped. The girls in the three-part series, from impoverished backgrounds, were severely taken advantage of and naturally, the attitude towards their attackers was fueled with hatred. For those – and there is an embarrassing quantity – who are already suspicious of people with a religious belief different to theirs, this easily slipped into a fascist revolt rather than a dedication to protecting vulnerable girls from harm.

Darren Osborne – a white man – is a terrorist and a murderer. Not all white men are terrorists and murderers. This is obvious, yes? It doesn’t need explaining. It would be embarrassing and unnecessary if the BBC reminded us that individuals are not representative of an entire gender, ethnicity, or sexuality every time there is a villain in one of their programs.  So why, then, can people assume that because one, or a few Muslims are morally corrupt, all Muslims must be morally corrupt?

The vital scene in the final episode in which innocent Pakistani taxi drivers, mothers and labourers meet to express their concerns about the shift in attitude towards them signifies a foreseeability in the reaction of the public. As with the trial itself in 2009, the dramatized trial received a backlash of racism, specifically in the local community, and the BBC surely foresaw a stirring amongst viewers of their program. This scene could perhaps have afforded more screen time, though the damaged reputation of the Pakistani population was clearly depicted as both unjust and heartbreaking. These rapists are as different to other Pakistanis as they are to you or me.

Is it worth showing victims of sexual abuse that coming forward can bring justice at the potential expense of an entire ethnicity? The programme saw the number of sexually abused victims that were prepared to come forward double compared to the previous year, which showed that the programme had a phenomenally positive impact in terms of raising awareness. As soon as the programme is aired, however, it becomes the responsibility of the viewer to rationalize what is displayed for them on the screen. Should the BBC have to put a trigger warning for racists if the villain is non-white?

Allow me to expand on our ability to rationalize – let us not forget Harper Lee’s sensational novel To Kill A Mockingbird, where the supposed rape victim, also extremely vulnerable, was clearly crying wolf. This is based on the Scottsboro Trials in 1931. In both cases, the evidently innocent, black accused were condemned. It did not provoke any terrorist attacks on young white girls, or abusive white American fathers (the real attacker in the novel.) That would be silly – because they were specific, hideous cases, and we can use our rationality to understand that these characters – based on real people – are not representative of their entire gender or ethnicity.

How can we prevent viewers from misinterpreting certain material?

But clearly, not everyone can be so rational and objective. Television holds an influence over its viewers that is stronger than what some of us can comprehend. Enticing someone to murder in vengeance of something aired by the BBC takes its authority to a whole new level. The trigger warning idea may seem like a joke, but as more and more people have access to what producers are putting before us, how can we prevent viewers from misinterpreting certain material? There are regulations on what children can watch due to their impressionability: will these have to extend to the entirety of television? It seems absurd, but perhaps there will have to be a reconsideration of how people, disasters and events can be represented. It would be a shame, of course, for the rest of us – but when people are dying as a result, it is clear that something must change.