A Bristol-based charity has launched a national survey into student experiences of sexual assault, in partnership with popular online forum The Student Room.

The survey is intended to create a real-life understanding of sexual misconduct so that university students are able to access the care the support systems they need.  According to recent statistics, one in three female students experience some form of sexual assault at university.

Urging students to participate, Warwick SU called the survey “the first of its kind in the UK for a decade”.

“It will generate insights on prevalence of sexual violence experienced by students, as well as reporting rates and accessibility of support services.”

The survey was created by Revolt Sexual Assault, a campaign that was founded in Bristol last May by mathematics graduate Hannah Price. The campaign allowed students who experienced sexual harassment and assault to share their stories on Snapchat through voice and facial filters.

I want to change the way universities are dealing with this issue because at the moment, they’re not taking responsibility for their duty of care

The project aims for “the introduction of extensive education from a young age on what consent, sexual harassment and sexual assault really mean”.

“Most of all, we want a society where filters and digital disguises are not necessary; where survivors of sexual violence feel secure and supported enough to come forward, safe in the knowledge that they will be cared for and they will be heard.”

Speaking on the campaign’s national launch, Price added: “When I was at uni I noticed how prevalent sexual assault and harassment is in everyday life. In the student bubble you can’t escape it. It was happening to me, it was happening to my my friends and it had become so normalised that we’d stopped talking about it.”

“I want to change the way universities are dealing with this issue because at the moment, they’re not taking responsibility for their duty of care.”

“I want a universal policy that sets that standards for how they’re supporting victims and survivors of this issue. And then, I also want to change the myths and the misconceptions around the issue. So many people who come to me think it was their fault, and it’s not.”

A third-year Bristol student told the campaign: “Sometimes I’ve had men try and grab me or just put their hands on my waist as I walk past, which is very unnecessary. Or, I’ve had men grab me around my waist and try to share me within a group.”

“I’ve also had people try to expose me in clubs by lifting up my skirt, or pulling down my jeans, or my dress. To say this is a normal occurrence is completely true and it happens every time I go out.”

Revolt Sexual Assault is developing a network of campus volunteers to work at universities around the country, while Price will be attending policy roundtables and think-tanks this coming year.

Meanwhile as part of its Consent campaign, the Warwick SU has been working with the University to build the Intervention Initiative, a 6-hour module on bystander intervention and consent to be embedded into the curriculum.

You can take the Revolt Sexual Assault survey by following the link below. 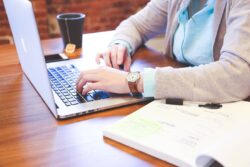 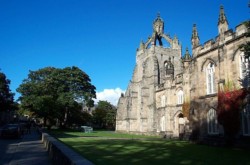