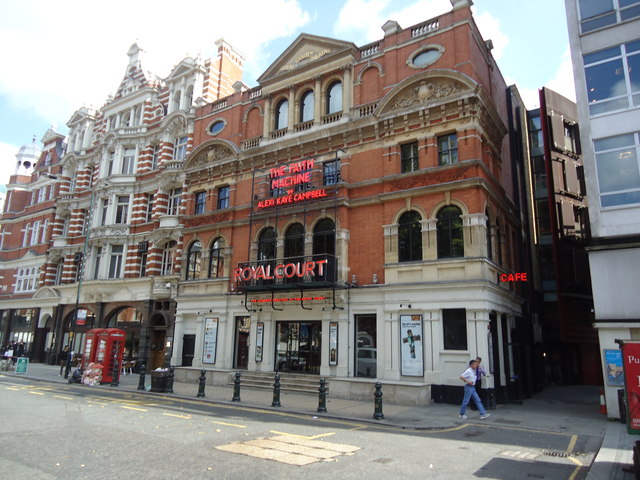 Why it is important that we stage Rita, Sue and Bob Too

If we have learned anything from the recent debates around consent and sexual abuse, it is that these issues are not black-and-white. Rape is not only the stranger-in-dark-alley headline— it can also happen within a relationship, in the workplace, at a party. And, as the Harvey Weinstein allegations demonstrated, sexual abuse often occurs amidst a complex nexus of power that can leave victims feeling powerless to speak up, both during and after the incident.

As the conversation around abuse gains currency, a larger discussion has been opened on what constitutes a healthy sexual relationship, and the complicated social, material, and psychological conditions that can lead to people having sex with one another.

An honest discussion of sexual relationships – flaws, grey areas and all – is what we need right now in order to better understand and question the nature of our own

Stories like Cat Person, which went viral at the end of December, explore this. Cat Person doesn’t detail sexual abuse, but it does demonstrate a relationship in which members fail to read each other’s signs, and where one party (the narrator, Margot) is not at ease but follows through for fear of appearing impolite.  “The thought of what it would take to stop what she had set in motion was overwhelming,” wrote the author of the short story. “It would require an amount of tact and gentleness that she felt was impossible to summon.” Cat Person was important for its honesty, its ability to remain faithful to the reality of 21st century dating, ugly as it may be.

Indeed, an honest discussion of sexual relationships – flaws, grey areas and all – is what we need right now in order to better understand and question the nature of our own.

The play is not black-and-white, and perhaps that is what makes it so hard to swallow. The girls consent to the relationship, but they are also exploited

Yet early last month, one such story was banned. Rita, Sue and Bob Too is a play written by Andrea Dunbar and released in the early 80s detailing the sexual relationship between two working class teenage girls and a richer man for whom they babysit. A production of it has been successfully touring the UK, but the Royal Court recently announced its planned production would not go ahead, claiming that a play about “grooming and abuses of power on young women… now feels highly conflictual.” The decision was met with backlash and has since been reversed, but it has raised questions as to what we can and cannot stage in a post-Weinstein era.

The play is not black-and-white, and perhaps that is what makes it so hard to swallow. The girls consent to the relationship, but they are also exploited. Vulnerable as a result of their class and devastating living conditions, the prospect of an affair with an upper-middle class, grown man offers Rita and Sue an escape from their sordid reality. It is also a jab at a middle-class wife whose stable life they envy and whose dissatisfaction with it they find contemptible.

Sue and Rita aren’t victims—not of Bob at least. Trapped in the monotony of life as teenagers on a northern council estate, they actively seek excitement elsewhere. They bully Bob’s wife (‘if you gave him what he wanted he wouldn’t have to go elsewhere’) and they’re not delusional about the nature of their relationship (‘it wont last forever, you know’). This isn’t a story written to evoke pity. Pity is too easy.

Rather, it is an unflinching stare at the very real lived experience of many working class women in a community suffering from Thatcher’s austerity policies. The story of the play is raw, uncompromising, and at times disturbing—based closely on Dunbar’s own experiences growing up in a council estate in Bradford (Dunbar was only 19 when she wrote the play). It is this insider’s perspective that strips a story about “abuses of power” of any glamour or palatable narrative—and it is this insider’s perspective that we need, as we re-evaluate what constitutes sexual abuse.

However, it was not simply Rita, Sue and Bob Too’s portrayal of an exploitative sexual relationship that caused its axe. Back in September, allegations of sexual harassment were made against Max Stafford-Clark, the former artistic director of the Royal Court and the man who was to co-direct the revival of Dunbar’s play. It is entirely understandable that the theatre would not feel comfortable staging a narrative of sexual misconduct whose artistic direction was partially determined by an alleged perpetrator of such misconduct. Particularly in light of revelations regarding directors abusing their power, we can see why it would have wanted to take a hard line.

The problem is that this hard line would have ended up silencing precisely those it was attempting to protect. Stafford-Clark had already resigned, and a new, female, co-director was appointed. As a result of his actions, however, the pertinent and valuable voice of one of Britain’s few working-class female dramatists would have been lost—a voice that is undoubtedly of value to the discussions we are currently witnessing.

We should welcome the news that the production of Dunbar’s play will go ahead, and hope that it can contribute to the pivotal ongoing debate around sexual violence.