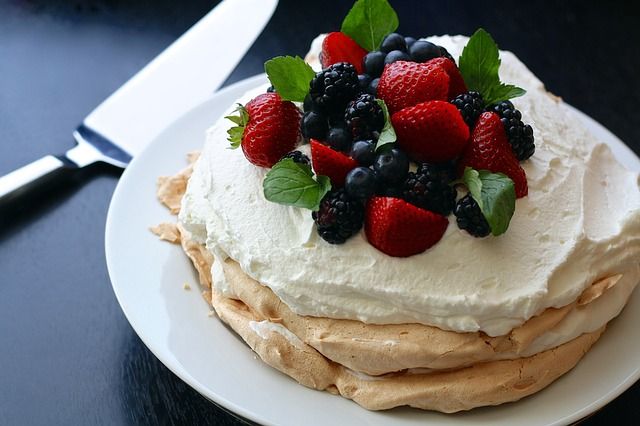 Tucking in to a Kiwi Christmas

Christmas Eve is one of the busiest days of the year for the Parnell Baths in Auckland, New Zealand.

Parents lounge back and read beside the water, perhaps delighting in a tub of Kapiti Coast ice cream, a national favourite from the lower North Island. Pleased to have finally finished their preparations for the next day, they keep half an eye on their kids.

The children are told to go nuts and burn off some energy, so it is more likely they will sleep that night. Variations of this scene can be seen all up and down the country. In fitting with the sun and heat, the festive period is synonymous with beaches, baches, and jandals.

Above all of this, a Kiwi Christmas is about food in a massive way.

The festive period is synonymous with beaches, baches, and jandals…

My family’s main gathering is Christmas lunch. We eat ham between reading the jokes that come out of Christmas crackers.

Everyone has their own traditions, but ours are quite usual. The country has a proud culture of supporting its producers. This means New Zealand lamb, beef and pork move from the butchers onto barbeques at an even faster rate than normal to become the centre points of hearty feasts.

Maori families, or others who practice the custom, may have a hangi to prepare their meat and vegetables. This is where the food is cooked in a pit in the earth, using heated stones to create an underground oven.

After everyone serves themselves, conversation around the table might touch on the grand Queen Street Christmas Parade, held every late November. It often features stars such as the All Blacks, or the recently victorious Emirates Team New Zealand sailors and their America’s Cup.

Maori families, or others who practice the custom, may have a hangi to prepare their meat and vegetables…

Somebody might mention the Franklin Road lights; the residents along the street give their all to decorating their homes in the spirit of Christmas. They turn the lights on each night and draw crowds a-plenty to admire the effort that’s been put in.

Perhaps the national ‘Secret Santa’ will be discussed. It has gained momentum since its 2010 foundation by Sam Elton-Walters from Waikato. The Secret Santa is now run by the New Zealand Post, and uses social media to encourage the spirit of giving.

Otherwise, there may not be time to talk if everyone’s rushing to the barbeque to grab a hot dog between overs of beach cricket; or, before trying to do a bigger bomb off the wharf than their friend can.

Regardless, all present leave at least a little space, because after the main comes dessert.

Pavlova has a name that sounds Eastern European, owing to a Russian ballerina who visited in 1926. There is a historic argument with Australia over who originally came up with it. Even Wikipedia has been persuaded by New Zealand’s claim, however keen researchers make a point of digging through history books to settle the dispute.

The dessert is meringue-like, light and normally cake-shaped, with a crisp outer shell and soft interior. It’s usually served with cream where berries, passionfruit and kiwifruit are probably the most popular toppings.

Everyone thinks their Grandmother makes the best in the country. Mine does.

Traditional puddings and trifles are enjoyed by plenty as well, harking to the nation’s Commonwealth status and historical ties to British culture.

However, for many, having Pavlova as dessert on Christmas day has become as much a tradition as the putting up of a tree, which can look hilariously out of place if it’s decorated with snowflakes and other winter symbolism.

Alongside these usual decorated indoor trees, there is the ‘Kiwi Christmas Tree’, Pohutakawa, a native evergreen. It blossoms around this time of year along the beaches, up and down the Land of the Long White Cloud. It’s bright red flowers and shade-providing green leaves are what earned the tree its nickname.

Another tall-standing sign that Christmas has come is the lighting up of the Sky Tower in green and red, visible through my window as I finish this article.

Christmas in Australia: Why I am enjoying Christmas Downunder 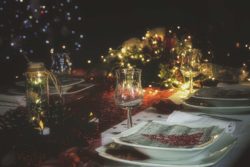 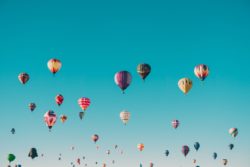 Can we create a home away from home?