Festive arts at Warwick and beyond

With the nights drawing in and the end of term in sight, ’tis the season for pantomimes, Christmas films, and other festive arts fun. Thankfully, for those looking to get their culture fix over the holiday season, there are plenty of options on and around campus. Close to home, the Warwick Arts Centre is screening a number of festive flicks including The Man Who Invented Christmas (Fri 15th – Thurs 21st December), which tells the story behind the writing of Charles Dickens’ A Christmas Carol. Starring Dan Stevens as Dickens and Christopher Plummer as Ebenezer Scrooge, the film has opened to positive reviews.

For those wanting to forget about the plunging temperatures outside, Ingrid Goes West (Fri 8th – Thurs 14th December) set in sunny Los Angeles is a good alternative. Starring Aubrey Plaza as a misanthrope who becomes obsessed by an Instagram influencer, director Matt Spicer’s debut feature film is an entertaining and dark take on the power of social media. The film premiered to rave reviews at the Sundance Film Festival earlier this year.

For those looking to get their culture fix over the holiday season, there are plenty of options on and around campus

Further afield, there are plenty more options still. The Loft Theatre in Leamington is staging Stephen Sondheim’s Gypsy (Wed 6th – Sat 16th December). The popular musical is loosely based on the memoirs of the burlesque artist Gypsy Rose Lee and on Rose, the ultimate showbiz mother. The musical follows the relentless efforts of Mama Rose to raise her two daughters as performers, and takes a sideways look at the joys and downsides of a life on the stage.

Over in Coventry, the Herbert Art Gallery and Museum are hosting a number of events to get everyone into the Christmas spirit. Amongst the highlights is Making Merry, a Festive Arts, Crafts and Gifts Fair (Sat 9th December) where you can shop for local ethical arts and crafts gifts, participate in workshops, and listen to live music. While you are at the Herbert, be sure to check out the free Crafts of the Punjab exhibition (until Sun 21st January), showcasing highlights from the Victoria and Albert Museum’s South Asian collection.

The lesser known but excellent Fargo Village, an artistically repurposed industrial space in Coventry, is also getting in on the act

Carrying on the Dickens theme, there will also be a folk opera of A Christmas Carol (Sun 10th December), performed in the Old Grammar School, opposite the Coventry Transport Museum. The musical duo GreenMatthews and special guest Jude Rees of Pilgrims’ Way will present a retelling of the classic Christmas tale complete with traditional English folk tunes, and a bewitching blend of voices and instruments. This promises to be an entertaining night, with new music performed in an atmospheric setting.

The lesser known but excellent Fargo Village, an artistically repurposed industrial space in Coventry, is also getting in on the act. There are a number of interesting workshops that you can sign up for such as the Stained Glass Masterclass (Sat 9th December), where you can learn to make stained glass holly leaves, and Become a Gingerbread Architect (Sat 16th December), which as the name suggests, tests your construction skills in building a gingerbread house. Fargo Village also plays host to a number of night-time events, including A Very Caribbean Christmas (Fri 22nd December), back by popular request, and featuring the usual amazing combination of street food, cocktails, rum, and live music.

Finally, for those looking to break out of the University bubble, there are a number of excellent events in Birmingham. Highlights include the Christmas Music by Candlelight concert (Fri 22 December) at St Paul’s Church and Cinderella (Tue 19th December – Sun 28th January) at the Birmingham Hippodrome.

The importance of Warwick Arts Centre to life at Warwick 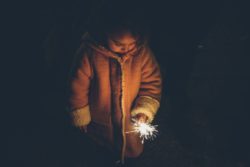 How to help children in poverty this Christmas