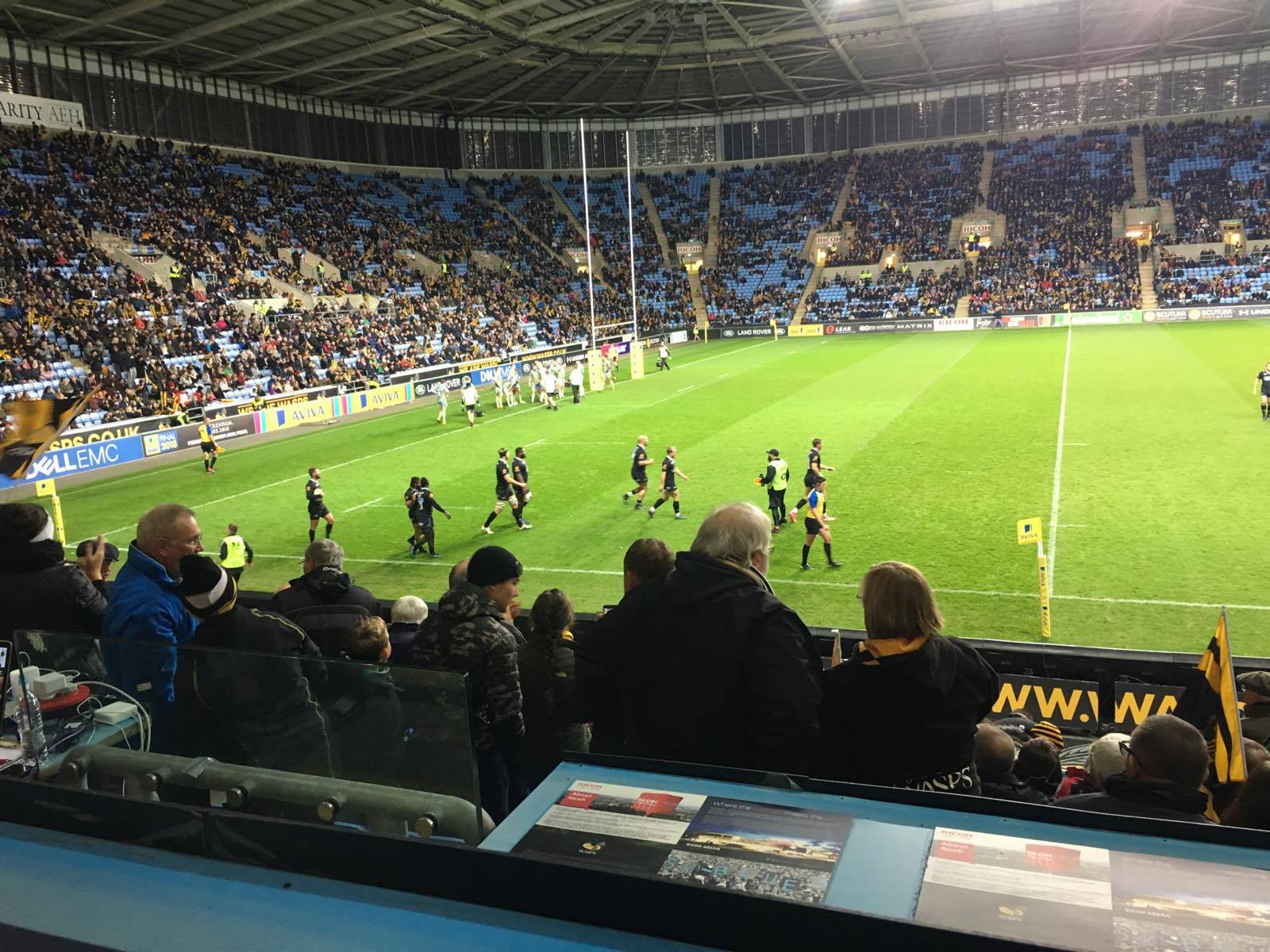 Almost every sports fan champions the idea of supporting and getting behind your local team. Here at Boar Sport we are no different. It was for precisely that reason that we travelled out to the Ricoh Arena to watch Coventry-based Wasps play against the Newcastle Falcons. Our decision to go had nothing to do, I can one-hundred percent assure you, with the fact that we had been offered media passes to the stadium’s exclusive press box.

Yet regardless of our motives, the match-up between these two sides was always likely to be an intriguing encounter. After losing to the Falcons 53-41 in the Anglo-Welsh Cup just two weeks ago, Wasps have since resurged to form, comfortably easing past the Ospreys in the same tournament. Crucially, Saturday also marked the return of centres Kyle Eastmond and Gaby Lovobalavu to the match-day squad following lengthy periods out on the sidelines for both.

There was cause for excitement among the Falcons’ fans as well. They could look forward to the Aviva Premiership debuts of flanker Gary Graham and the experienced, former Toulon man, Maxime Mermoz.

The first quarter of the game represented something of a Wasps blitz. Within two minutes Eastmond was able to show the home fans exactly what they had been missing, as he neatly set up speedster Christian Wade for the simple finish in the corner. Jimmy Gopperth then made it count with the conversion.

An explosive line-break by Samoan Sinoti Sinoti seemed to represent an immediate response by the Falcons, as they won themselves a penalty from the following possession. Toby Flood this time taking his turn to successfully kick from the tee.

Wasps were right back in their faces with man-of-the-match Willie le Roux running the outside lane on his defender, creating the overlap from which Wade could score his second of the day. A few minutes later came an equally stylish dummy and go from Eastmond, which saw him race through a lazy Falcons’ defence to score from 25 metres out.

As the half edged on things got better from a Newcastle perspective. Wasps prop Jake Cooper-Woolley knocked on what should have been a sure try, before a well-worked move on the other side of the pitch culminated in lock Sean Robinson going over to make it 19-10. Even more unfortunate for Wasps was Eastmond’s departure from the game on the stroke of half-time following a head injury assessment.

Newcastle had barely anything to offer in response

The second-half, however, started much like the first, with Wasps on top. In their first attacking play James Haskell bundled over the line for the bonus point try. This time Newcastle had barely anything to offer in response. They may have managed more possession over the next 40 minutes, but this was in part because their opponents let them. Wasps committed few men to the breakdown, allowing Newcastle’s attacking shape to dwindle out by itself, before catching them on the counter with an overload in numbers.

Lovobalavu soon scored what was actually his first ever Wasps try, benefitting from a fantastic run off the scrum by replacement nine Joe Simpson. Winger Josh Bassett, who had been a persistent threat all game, capped off the scoring with a tremendous 50 metre solo effort late on. Gopperth once again converted, himself almost perfect from the boot, having kicked five out of his six through the posts.

‘‘We’re starting to look like a bit more of a confident team’’, said Wasps’ head coach Dai Young after the match. Certainly, Wasps will look to take this confidence into their next premiership fixture against London Irish in a week’s time. 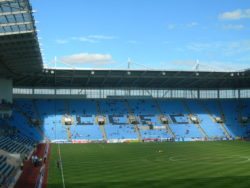 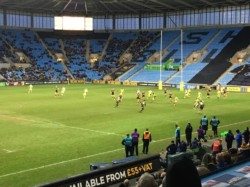