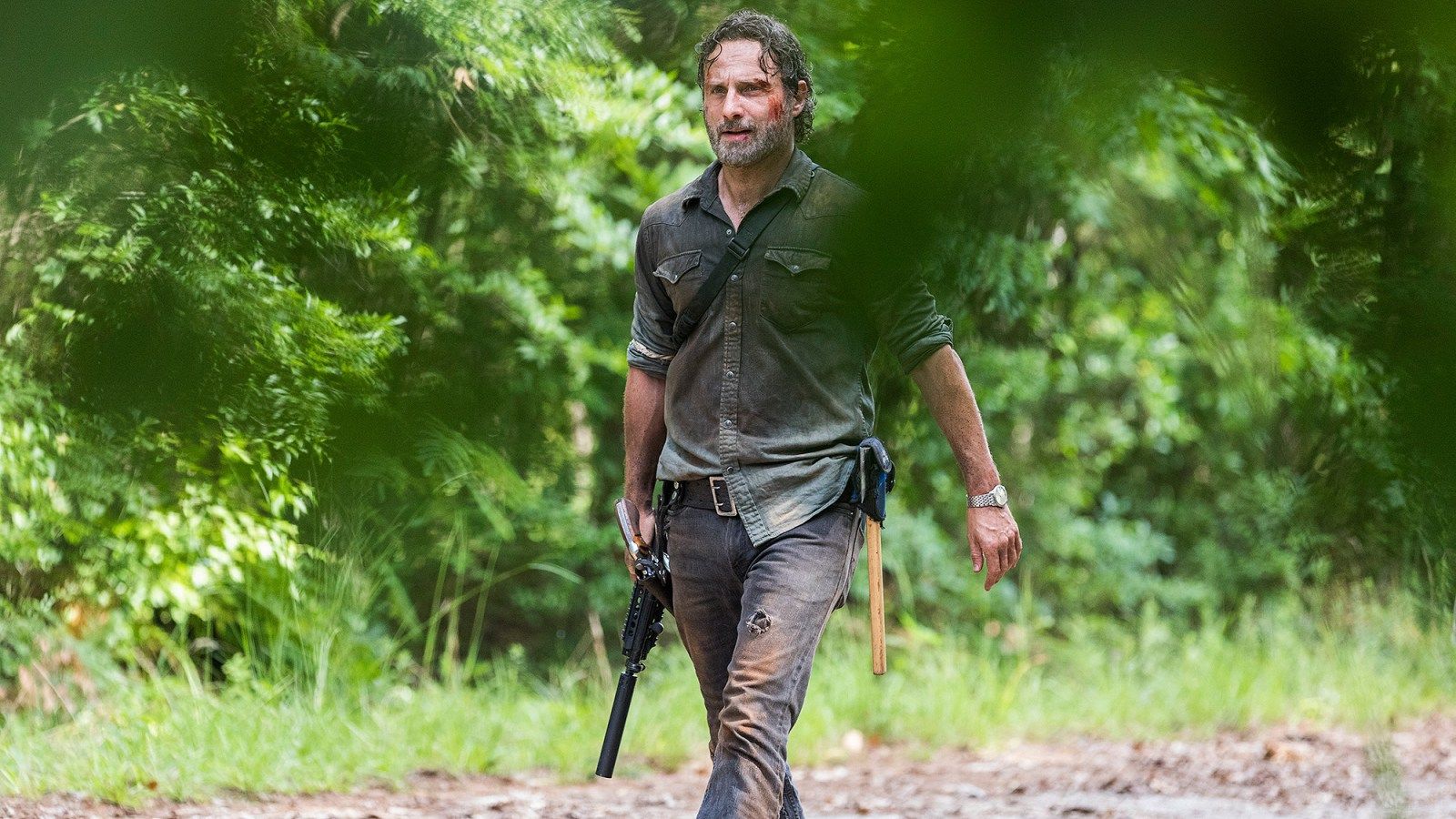 The Walking Dead – ‘The King, the Widow, and Rick’

After getting off to a strong start, this series of The Walking Dead has been steadily declining in quality, a big disappointment considering the hope I had after the show’s hundredth episode. The pace continues to slow this week with ‘The King, the Widow, and Rick’, with no real plot advancement or significant character work.

The episode may be called ‘The King, the Widow, and Rick’, and the name makes sense, except for the fact that episode isn’t about those characters. All we see of King Ezekiel is him telling Carol he can’t lead and she should instead, while Rick offers those Scavenger people a deal and then gets imprisoned when they decline. Out of the three, Maggie has the most to do, but its mainly just carrying on what she did last time we saw her. Like with all the characters this week, these three just stay still for the episode, effectively wasting 45 minutes of the show.

Rick’s ‘story’ here is barely worth mentioning, except to mention my complete and utter distaste for the Scavengers. They’re weird for the sake of being weird, and just waste time that could be spent developing the characters we care about, or the show’s main protagonist Negan.

There’s some pretty tedious stuff in this episode, with the show kind of forgetting the great work its been doing so far

I guess the Carol storyline is the most effective, but it’s still stuff we’ve seen before. A kid wants to help her, she says no, the kid ignores her, she relents. Her talk with Ezekiel towards the episode’s end was interesting, but again, it didn’t advance either character. If Carol does decide to lead the Kingdom, then I can’t see it being a lasting change, and I expect Ezekiel to return as leader in some form by this series’ end.

The Hilltop scenes merely solidify what we were told the last time we were there. Jesus thinks the Saviours should be kept prisoner, Maggie reluctantly agrees, Gregory’s a dick. It’s good that Enid will be accompanying Aaron on whatever he’s off to do; she’s an interesting character with a lot more room to grow, and her relationship with Carl is great.

Speaking of, Grimes Jr. makes a return this week, finding that mysterious dude from the series’ premier and taking him back to camp. I don’t really know what this story’s about, or where it’s going, but it has some potential. I just hope it becomes more than a teenage rebellion story for Carl, which this episode suggested could be the case.

Michonne and Rosita go out to see the Saviours’ compound because…well the writers needed something for them to do. And I don’t know what Daryl’s plan is, but I’m sure it’ll mess up the carefully organised and currently successful plan that they spent months organising. Because tension!

There’s some pretty tedious stuff in this episode, with the show kind of forgetting the great work its been doing so far. The successful exploration of the impact of war seems to have been dropped for the more soap-opera plotlines the writers seem unable to escape despite the consistent negative response to them (going all the way back to Lori). And before you type in those comments that I only seem to like the episodes with lots of action…well that may be true, but I didn’t dislike this episode because it was mainly talking. I disliked it because it was talking about nothing, that advanced neither character or plot. I’m hoping this series can pick up again as we approach the mid-season finale.

This week The Walking Dead produced not just a filler episode, but a bad filler episode, that did nothing to advance either the series plot, or any of the characters – 2/5 stars.