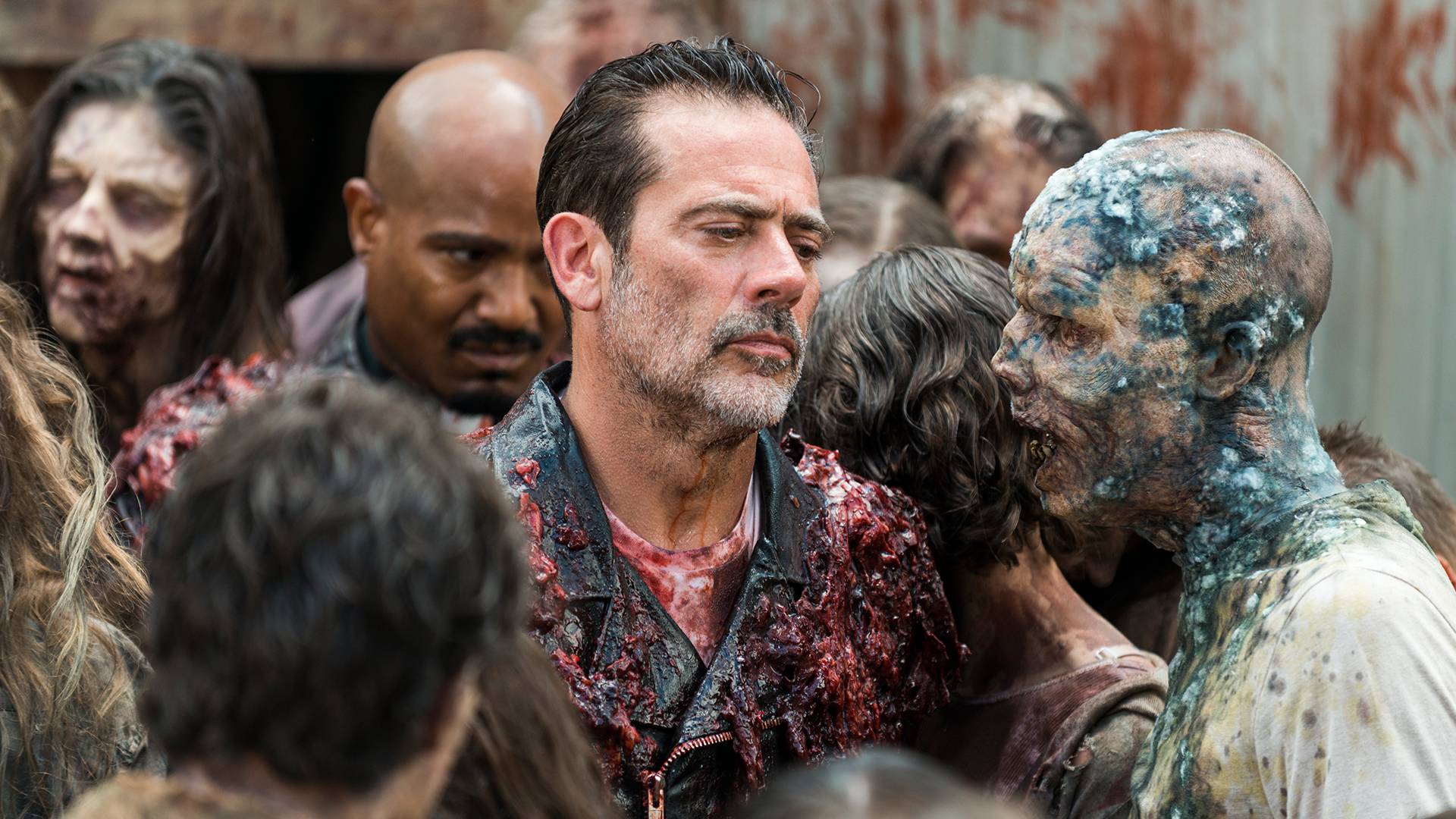 The Walking Dead – ‘The Big Scary U’

What we get instead is an opening flashback to the events before the series premier, with Negan holding a meeting to let Gregory have his say. I love Xander Berkeley, and love his portrayal of Gregory, even if the character is a slime-ball. When this was over, we caught up with Negan and Gabriel in their box, as well the rest of the leading Saviours discussing what to do, including who could have betrayed them (I bet you Dwight wished he was wearing his s******g pants). Oh yeh, Rick and Daryl had a lovers quarrel as well.

The Negan and Gabriel stuff was a mixed bag for me. It was good to learn about Negan’s backstory (it’s pretty similar to the comics), and to finally understand the reason he gives for what he does as well as how he became the leader of the Saviours. However, none of this was actually anything interesting or special. He brought together some warring groups, he thinks what he does makes the world a better place, he was nasty to his wife and then she died so he felt bad. It’s all generic stuff, and continues to make the show’s biggest bad yet not very interesting. There’s nothing particularly bad about the reveal – it makes sense and does what it needs to do – but that’s it, it’s just kind of bland and generic. It’s so annoying, because Jeffrey Dean Morgan is such a brilliant actor, and he’s doing all he can with the sub-par character he’s been given. However, both him and Seth Gilliam played off one another very well, and the sequence was no way near as bad as I was dreading it to be.

It was an episode that had to happen, and was always going to be tough to get right

The Saviour stuff is kind of just there, taking up time. I don’t care about any of the Saviour characters, not even Eugene that much to be honest, so these parts of the episode failed to grab my interest. While I do find Dwight an interesting character, and want to know where he’ll go next, this episode failed to progress his character (or any of the Saviours, bar Negan), and I do think that there’s nowhere else for Dwight to go, apart from the grave. The ramifications of losing Negan were handled well, with the Workers starting to rise up, so it was good to see the show actually show why Negan was so important and hadn’t been toppled by someone else, rather than just saying it.

The Rick/Daryl stuff was a small part of the episode, and while I’m glad for its presence (it was good to get away from the Saviours), it didn’t really have a place in the episode other than that. It failed to progress the plot significantly (it brought something in only to take it away immediately). I guess it did advance Rick and Daryl’s relationship, finally bringing their bubbling tension to a heat, resulting in Daryl abandoning Rick. I am interested in what the chopper business was about though, and hope it’s more than just ‘another group of Saviours’ or ‘those weird Junker people’ Rick encountered at the episode’s end.

It was an episode that had to happen, and was always going to be tough to get right. It looks like the writers are trying to fix their weakest element (the Saviours) as best as possible, offering some insight into Negan’s backstory, but they’ve dug themselves a deep ditch to climb out of. Also, is anyone else wondering when we’re going to return to those flash-forward thingies?

Failing to escape the generic, this series’ weakest episode yet, though not without some merits – 3/5 stars.