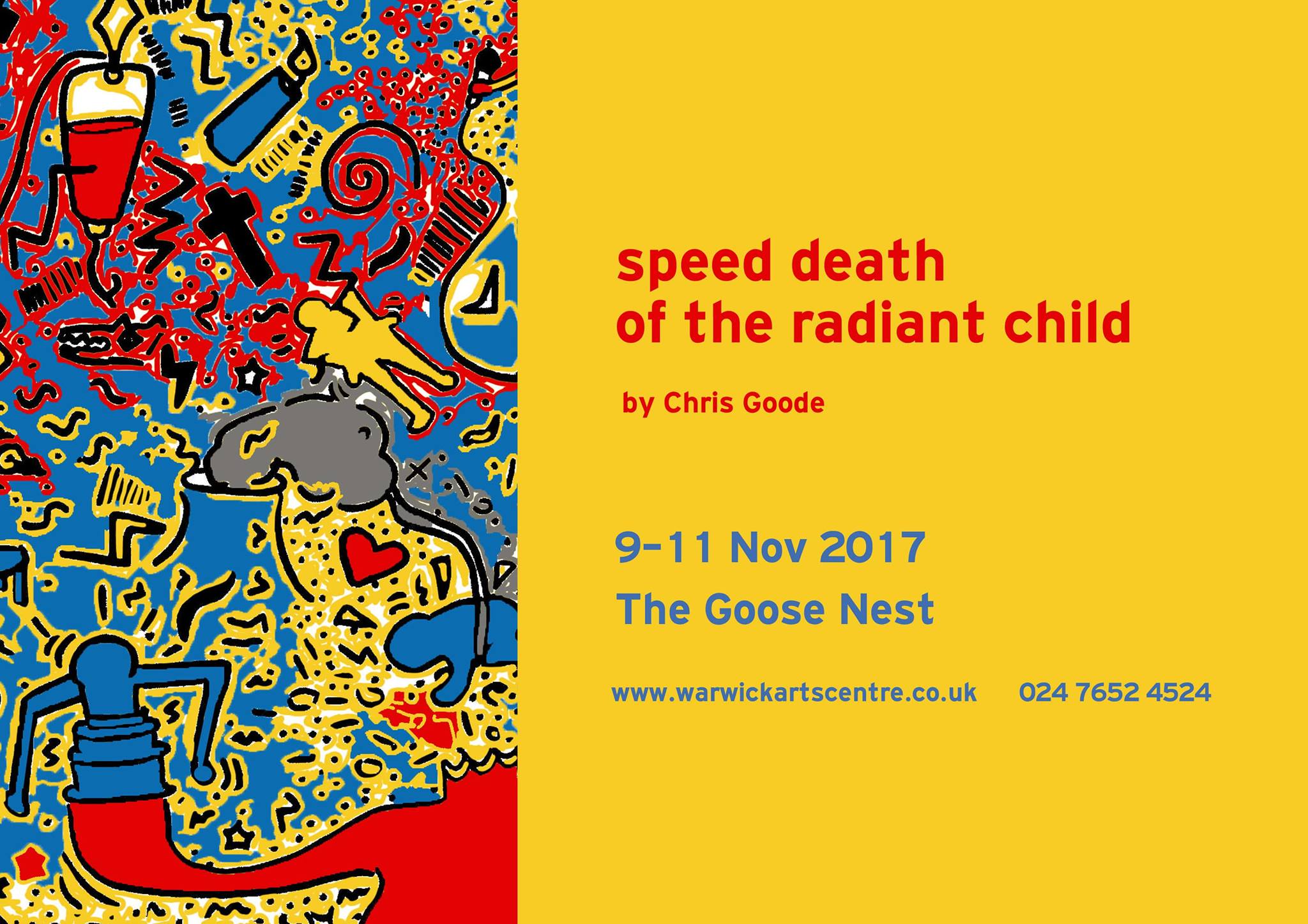 Speed Death of the Radiant Child begins with a ghostly pre-set that promises a haunting and mesmerising performance – and it delivers. The tale is of Charlotte, a teenager navigating her experiences of psychiatric help after her suicide attempt, and her relationship with those around her. This is a tall order given the emotional vulnerability needed to portray the truthfulness of despair behind the characters; yet, this cast rises to the challenge.

The pre-set is only the beginning of Ben Kulvichit’s audience-manipulating direction. His decision to have Dr Nick (Sean O’Driscoll) with his back to the audience during conversations with Charlotte (Steffi Felton) made their discussions compellingly intimate, as though we were not meant to be there. This further converges the focus upon Felton’s character, Charlotte, who is portrayed in a light that compares her to a deity in the eyes of the other four characters. Charlotte’s mysterious story-line is glorified by Kulvichit’s direction to have her every move watched and adored by the other four characters, all leading to the religious-like finale. The bold choice to have Charlotte appear nude, likening her to a biblical Renaissance painting, was a striking ending.

The bold choice to have Charlotte appear nude, likening her to a biblical Renaissance painting, was a striking ending.

Felton’s willingness to appear nude to create such a stunning ending was only the tip of the iceberg. She gave a charming performance which merged the heavy seriousness of a failed suicide attempt with the pouting, infuriating annoyance of a teenager, creating a deeply real performance.

Kulvichit cast his play excellently, particularly with on-stage couple Sean O’Driscoll and Heather Milsted, who plays Justine. She portrays a character to whom all students can relate – the lecturer that you never really talk to, yet want to be best friends with. Her finely crafted character is a bumbling, goofy ball of energy, so adorably nerdy that nothing, not even a room of staring audience members, can break her enthusiasm. It is delightfully infectious. The juxtaposition with her partner, Nick, who is a heart-breaking character, makes their attachment all the more poignant. O’Driscoll navigates the difficulty of their relationship with great honesty, understanding the tension that comes with not being able to share the struggles of work with the person he loves the most, due to the confidentiality agreement between psychiatrist and patient. The tension between O’Driscoll and Milsted is palpable and gut-wrenching as you see such lovable and honest character suffer.

Though the play itself is confusing at times, these five actors portray it with talent and gravitas beyond their years.

The show’s lighting deserves a special mention – the use of red strip and strobe lighting was visually intense in contrast to jaw-dropping blackouts that were perfectly timed with the on-stage action. The stage would flit between the harsh lighting of a hospital ward to the flashing alarms of a nuclear plant, as well as using soothing colours and transitions that made the audience feel like it was within the minds of the characters themselves.

Sadly, though the same rigorous rehearsal may have applied to the sound, near the hectic ending of the play the ringing of on-stage telephones seemed to be a little out of sync. Also, some lines got lost in the space, which soaks up all sound. Though the Goose Nest is new territory for all Warwick performance societies, it does seem to be a space that requires microphones for any actor to project and its size justifies technical help.

The play succeeds in spite of a rather important flaw, namely, the script. Though there is something good to be said about a script that does not hand its audience everything on a silver platter, Chris Goode’s writing is extreme in the other direction. Despite captivating characters, many aspects of the story remain unresolved and the ending, though made aesthetically stunning by Kulvichit’s staging, is a little too bizarre for the casual viewer.

However, it is important to note that this drawback relates to the script, not the WUDS Team. Though the play itself is confusing at times, these five actors portray it with talent and gravitas beyond their years. All in all, Speed Death of the Radiant Child is a strange play performed by extremely talented actors, all of whom I would enjoy watching again.