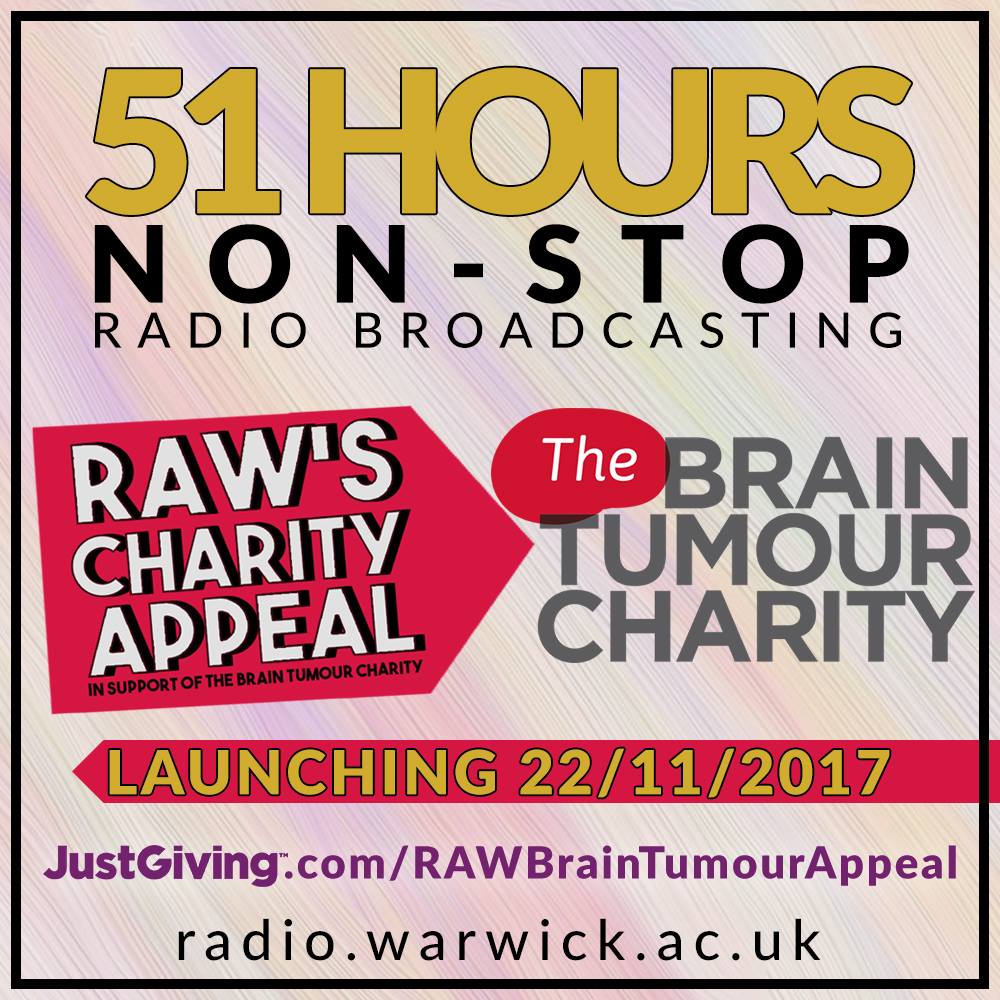 Radio Warwick (RaW) are currently undertaking a 51 hour continuous broadcast to raise money for The Brain Tumour Charity, setting a goal of raising £2,000. The broadcast kicked off at noon on Wednesday 22 November and will continue until 3pm on Friday.

The broadcast, which looks to one-up last year’s 50 hour effort, has received support from figures including Matt Western, MP for Warwick and Leamington, and RaW alumnus Stephen Merchant.

In order to raise awareness of both the charity and the broadcast, Co-Station Manager Jack Abbey appeared on stage at Pop! alongside Disco Dave, fulfilling a “lifelong dream”.

Currently less than 2% of cancer research funding is spent on brain tumours, although they remain the biggest killer of children and adults under the age of 40 of any cancer

Founded in 1996, The Brain Tumour Charity “aims to make a difference on a daily basis to the lives of individuals with brain tumours, including their relatives. They are committed to fighting brain tumours through research, awareness and support. Each of these areas can help save lives and improve quality of life for those affected.”

Currently less than 2% of cancer research funding is spent on brain tumours, although they remain the biggest killer of children and adults under the age of 40 of any cancer.

You can listen to the broadcast here and donate to the appeal on RaW’s JustGiving page.

#tbt. I began my career at Warwick University radio station @RAW1251AM. They’re currently raising money for The Brain Tumour Charity in form of a 51 hour continual broadcast. You can listen here: https://t.co/ZmtccDB9Vc and donate here https://t.co/AHrSa7wUgd'. Hope you can help pic.twitter.com/ebYRHYa29R