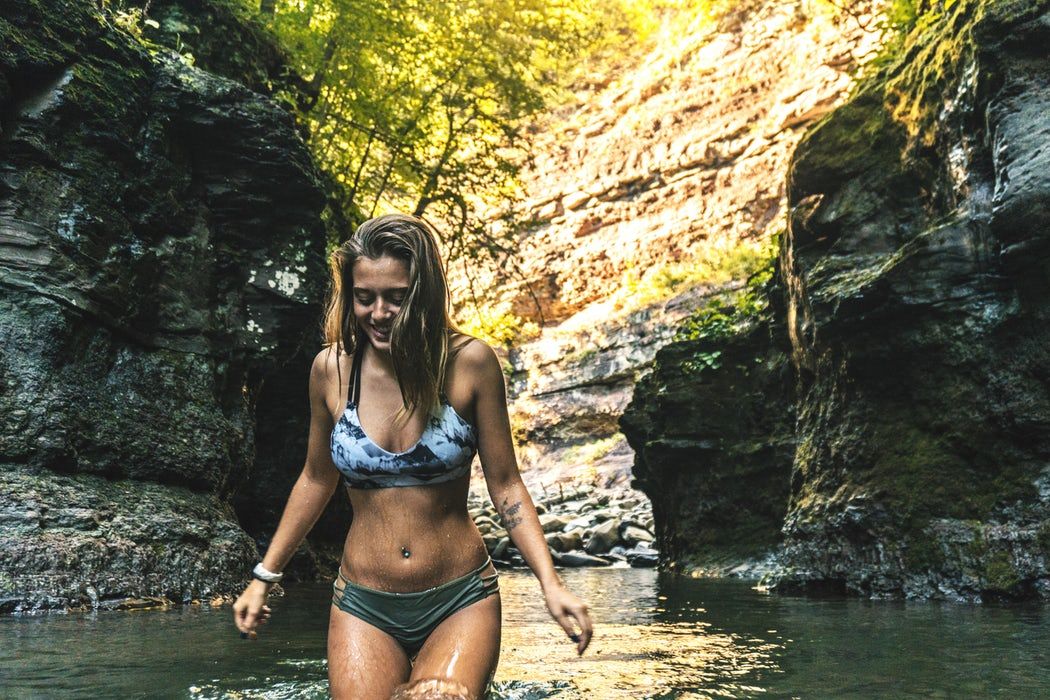 The vanity of ‘plandid’ culture

Instagram is a language that more and more people are trying to speak.

In seven years, the app has accumulated over 800 million users. Impressive. In such a short space of time, a multitude of trends have managed to fight their way to the top only to die drastically, creating a whole unpenned dictionary of what’s eloquent and what’s taboo on the old newsfeed.

Long gone are the duck faces and peace signs that graced our webcams. Those geek glasses are buried in landfill; planking is a distant memory and the seriously premature just-go-for-it grin has no place other than on Grandma’s mantelpiece. Even the golden era of standing in a military line with your girls before a night out, hands covering faces and bums pushed out, is potentially reaching its climax.

No, a new age has been written.

A champion by paradox, we have the artful ‘plandid.’ We’ve all seen it, and, more of us than willing to admit, will have done it. A posed photo that aspires to appear un-posed to all surveyors. That nonchalant gaze into the distance as the sun conveniently sets behind you is hardly fooling anyone – we know how hard you’re trying. But it’s an unwritten rule of dismissal: the trend allows it. People do more than allow it: they like it.

At the same time, we have the bikini bod ‘Bambi’ pose to juggle with. Tanned and toned, our model will kneel with her legs apart, calves and thighs pressed together, in a vulnerable deer-like stance. Textbook.

Who decided that this pose was trend-worthy? Why the sudden obsession from people, probably with no prior interest in photography or modelling, to get the perfect picture?

Undoubtedly, Instagram is an app dominated by teenagers. Documenting a life through photos, however, is far from a modern idea – parents and even grandparents will possess dusty photo albums bursting with memories. Whether it be holidays, baby photos, family portraits or a trip to the zoo – capturing moments in a click and a flash is not exclusive to the twenty-first century.

The concept of reflecting back on such photo albums, smothered in your Grandma’s nostalgia, seems pleasant enough. But in fifty years, will we be showing the grandkids our Insta posts?

Posting any photo online is purposed to generate a reaction. Often, to boast. “Look at these flowers my boyfriend bought me,” “This mad night out I had,” “The amazing body I’ve got.” Not exactly the classic family-gathering topics of conversation, but the throbbing heart of the multilingual Instagram community.

Sure, some people are less narcissistic and do genuinely have a passion for photography, but they too are likely to be posting the image for verification from peers. To impress. Competing in the merciless posting war, in which we construct our identities from snippets to create the most superior collage of our lives as possible, is a strenuous business.

The metric for those that seek validation? The ultimate reward? Of course, the likes.

In response to the question of what trends are the best or whether photos really are better staged than candid, ultimately, the answer is in front of us: whichever one the audience is awarding their likes to.

And like we do. We browse, we stalk, we comply. Not just on Instagram either – Facebook, Twitter and Snapchat are all ways of illuminating our lives in the perfect light. It is called ‘social’ media for a reason. Ironically, it isn’t vanity that is indicated in the posting of our phots, but a desperate plea for appreciation from other people online.

They’re the ones liking.