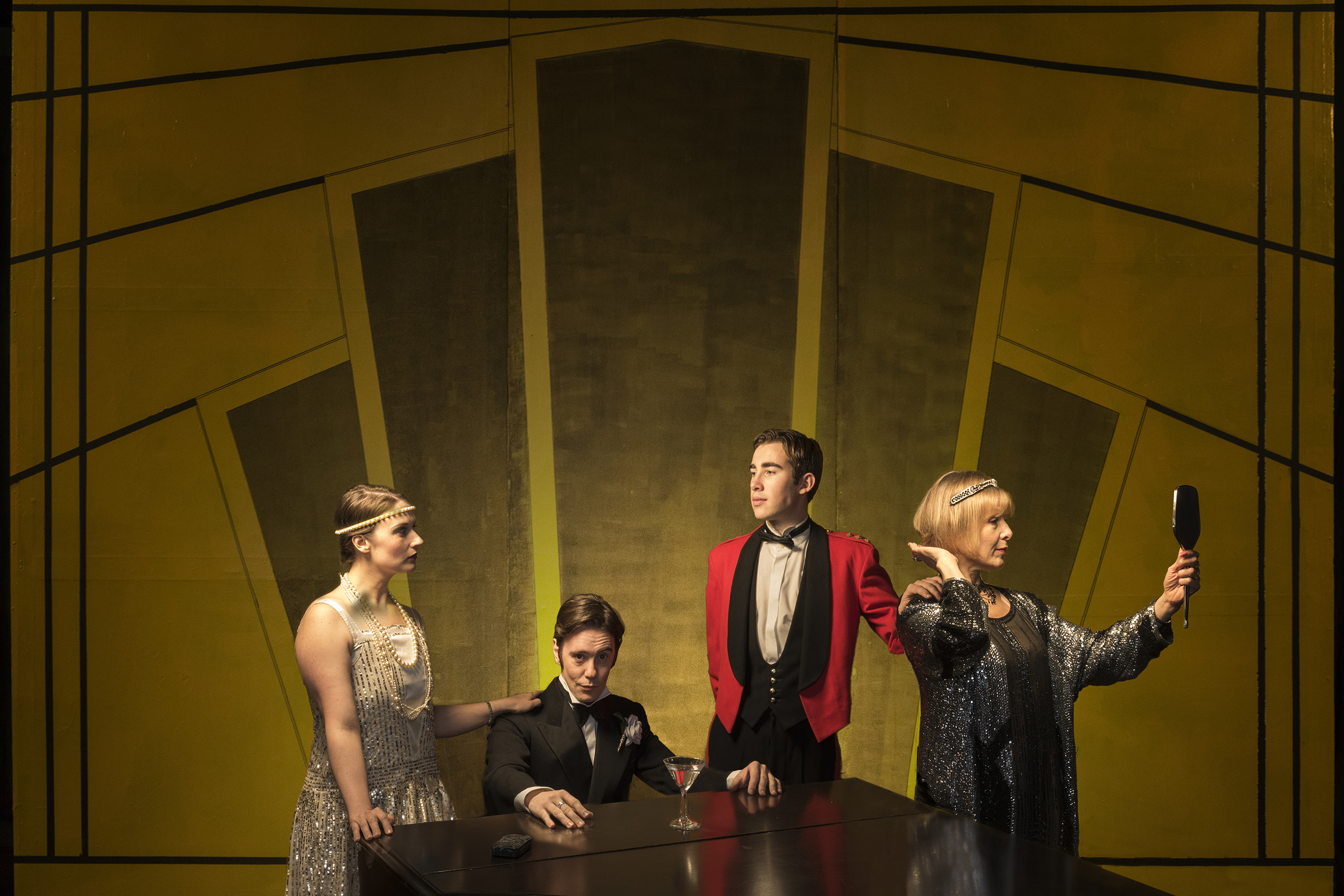 Socialites in crisis: The Vortex review

The scandalous appeal of Noel Coward’s The Vortex is by no means exclusive to its original audience in 1924. Almost a century later it still has the same shock factor. Experienced director Michael Rolfe approached the complex story of upper-class socialites losing the battle against their innermost turmoil with an impressive delicacy. The relatable concepts of the play, rather than overcomplicated direction, allowed it to snatch the attention of the audience.

Perhaps unusual in modern day performances, the plot is split into three distinctive Acts, each in a different location. The audience was thus treated to two intervals. Each Act injected a completely different flavour to the overall performance, which ultimately left a purposely bitter taste in the pallet.

Before the curtains even opened, Annie Lennox singing, ‘Keep Young and Beautiful,’ provided the perfect articulation of Florence, played by Julie Godfrey, and her vain motives to maintain youthful. Considering Annie Lennox’s cover of the song was only released in 1993, decades after the play is set, Rolfe is subtly reminding the audience of the play’s timelessness before any actor has even been seen.

The question of why Preston, the maid who is dusting the set as the curtain is drawn, was played by a man remained unanswered throughout the performance. Rather than adding a layer of comedy, the gender-blindness seemed misplaced and purposeless. This sense of uncertainty was a familiar one for the first scene – an unfortunate number of line stumbles and overlaps create a discomfort in an otherwise fluid conversation in Florence’s flat. Gemma Mann offered some appreciated relief with her exaggerated speech impediment and lively, foolish characterisation of Clara Hibbert.

Fortunately, the match was struck in the second Act. It became clear that the first scene was a deliberate illusion – the awkward tension created specifically to be snapped later, as the party scene progressed. The flurry of drama and passion boiled up as in a pressure cooker. The classic situation arises – extracting characters from their everyday lives so they have time to reflect on their focused identities and relationships that are inevitably dissolved.

Sean Glock’s excellent interpretation of Nicky Lancaster as formerly amiable and flamboyant started to dwindle. His dormant homosexuality flashed beneath the lack of intimacy between him and his fiancé, Bunty Mainwaring (Karen Scott). Martin Cosgrif’s expert underplaying of David, Nicky’s father, created a sympathy for those left behind with the concept of traditional relationships. Side-lined by the antics of his own little family, David’s organic pity for his disturbed son provided a relatable helplessness that further deepened the sorrow of the situation. Meanwhile the ‘modern,’ ambitious attitudes to love are upturned. Florence’s rigid lover Tom Veryan, played by Cam Scriven, makes a move on his partner’s son’s fiancé, Bunty. Complicated, but a much more comfortable kiss to witness than those between him and Florence, who is at least double his age.

Despite its silly, comical tendencies at the start of the play, no audience member left feeling unmoved

The final scene offers a necessary bleak catharsis. Even the attractive, geometric Art Deco flooring that anchored the first two Acts together was absent in the final scene of the play. Tracey James, playing Helen Saville, conducted herself with an admiral sanity as she fore-fronted Florence’s obsessional resistance of growing old. Supporting role or not, James was not misplaced among Glock and Godfrey in offering a convincingly passionate performance. The distraught screaming of drugs, toy-boys and unattainable everlasting youth teleported the show from the 1920s to our familiar days of Amy Winehouse, Michael Jackson and Sharon Osbourne. Despite its silly, comical tendencies at the start of the play, no audience member left feeling unmoved.