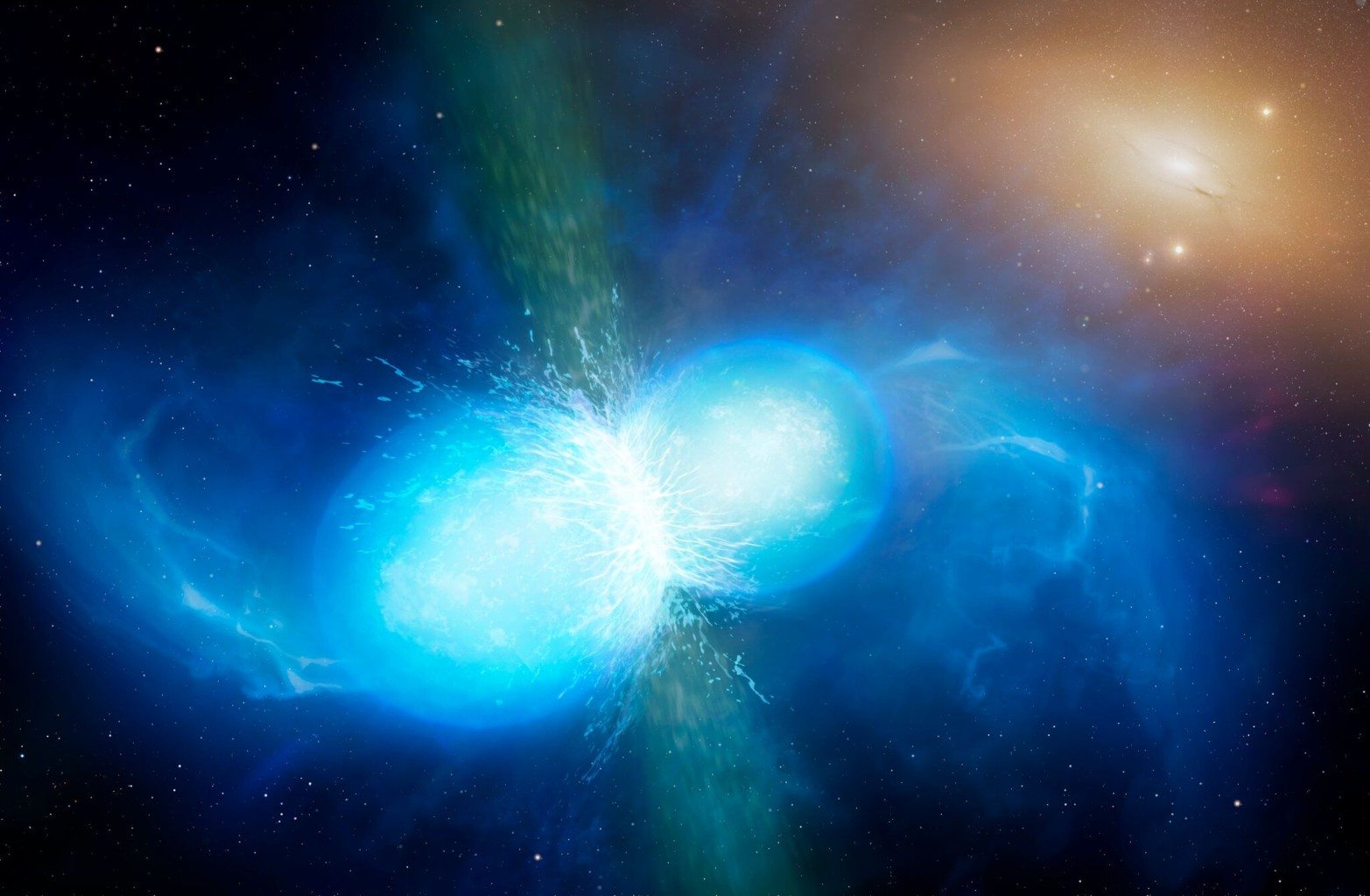 Whether due to its aesthetics, rarity or chemical properties that make it ideal for use on the circuit boards of our electronic devices, gold has always been held in high regard. However, the origin of this prized transition metal has been a mystery to the scientific community until now.

In a ground-breaking announcement on Monday, a source of gravitational waves was detected  for the first time by the Advanced Laser Interferometer Gravitational-Wave Observatory. These waves came from the collision of two neutron stars (the collapsed core of a large star), and this unique discovery has caused mass excitement throughout the scientific community. Collaboration was key to this development, and Professor Andrew Levan, Dr. Joe Lyman, Dr. Sam Oates and Dr. Danny Steeghs from Warwick’s Astronomy and Astrophysics group were part of the team that captured the light of the two colliding stars, soon after the collision was detected by gravitational waves. They did this from the European Southern Observatory, via the Hubble Space Telescope.

In a ground-breaking announcement on Monday, a source of gravitational waves was detected for the first time by the Advanced Laser Interferometer Gravitational-Wave Observatory…

“The exquisite observations obtained in a few days showed we were observing a kilonova, an object whose light is powered by extreme nuclear reactions. This tells us that the heavy elements, like the gold or platinum in jewellery are the cinders, forged in the billion degree remnants of a merging neutron star” said Dr Joe Lyman.

The neutron stars observed were located in a galaxy called NGC 4993, 130 million light years away. These neutron stars were incredibly dense, and began to be drawn together. They revolved around each other at an increasing speed of up to five hundred times per second. They then collided 130 million years ago, but the light and gravitational waves from this collision have only just reached Earth. The coming together of these stars sent out ripples through the fabric of spacetime (detected as gravitational waves), along with infrared light, a burst of gamma rays and huge amount of heavy metals that were then released into the Universe. These included platinum, uranium and indeed gold.

“This discovery has answered three questions that astronomers have been puzzling for decades: what happens when neutron stars merge? What causes the short duration gamma-ray bursts? Where are the heavy elements, like gold, made? In the space of about a week all three of these mysteries were solved.” added Dr Sam Oates.

This event was possibly the most eagerly anticipated phenomenon in modern astronomy, and will have implications in many areas of science…

On Earth gold is scarce. Its estimated that if every gold containing item on the planet, from bullion to bracelets, was melted down you would be left with a 20 x 20 metre cube. The collision of these two neutron stars produced an amount of gold equal the mass of the Earth. That’s 5.972 x 1024 kg of gold, and 1 kg has a value of  over £30,000 in today’s market. Consequently, this was incredibly valuable collision, and not only in monetary terms. This event was possibly the most eagerly anticipated phenomenon in modern astronomy, and will have implications in many areas of science.

“This is a new chapter in astrophysics. We hope that in the next few years we will detect many more events like this. Indeed, in Warwick we have just finished building a telescope designed to do just this job, and we expect it to pinpoint these sources in this new era of multi-messenger astronomy” declared Dr Danny Steeghs.