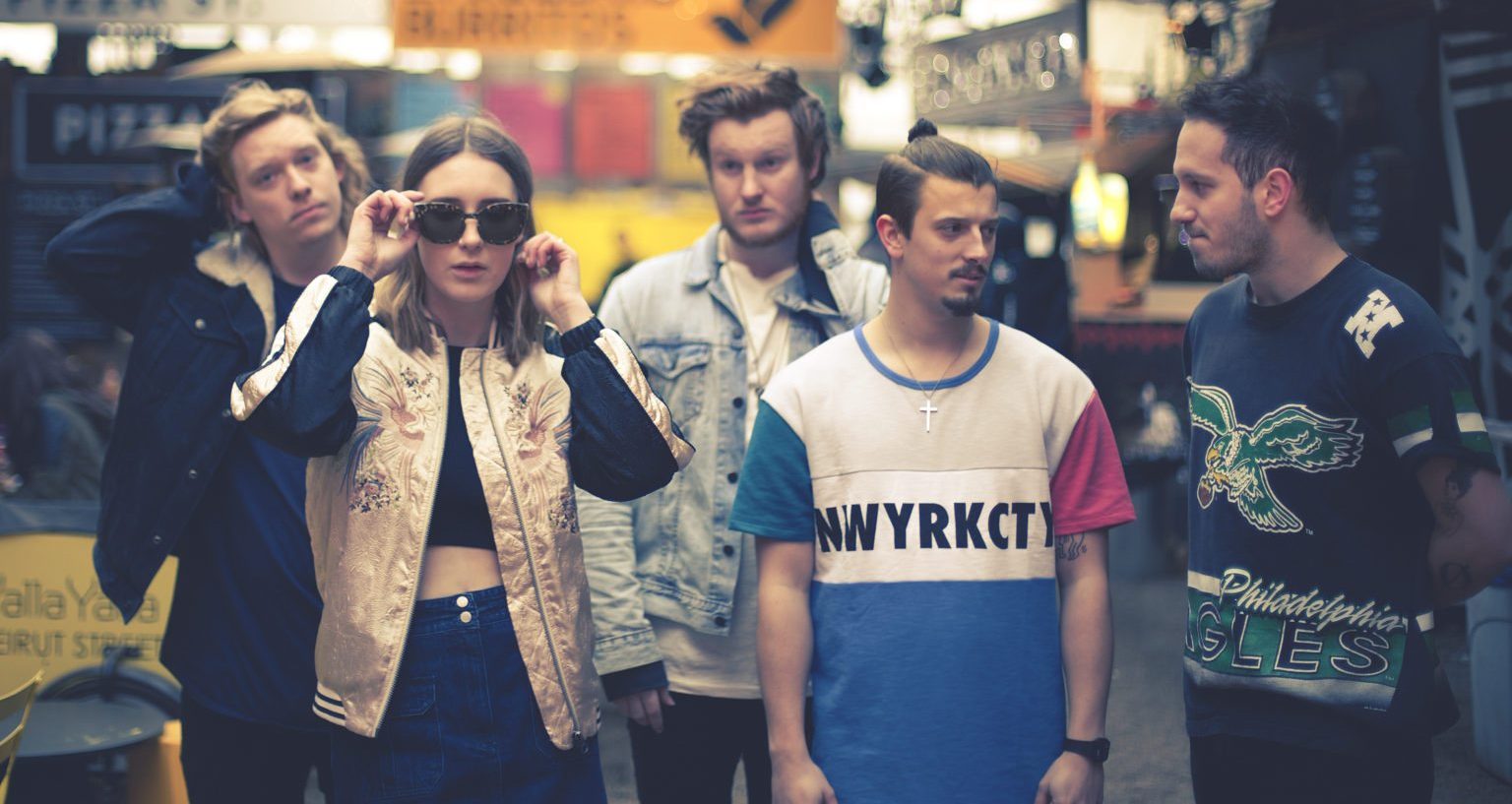 How would Natti Shiner describe Fickle Friends to the uninitiated?

Ever since their breezy, swaggering single ‘Swim’ made waves in the indie blogosphere in early 2014, Brighton five-piece Fickle Friends have steadily gained a following for their tight, buoyant pop jams. With a trademark sound that at once carries the torch of 80’s revivalism, yet embraces a distinctly millennial sense of irony, the group have continued to hone their craft and garner acclaim as regular fixtures of the festival scene. To mark the recent release of their Glue EP, the band has embarked on an extensive autumn headline UK tour.

In anticipation of their 21st October gig at Birmingham’s Institute, I had a few questions for the group’s vocalist Natti Shiner about where the band is at and what makes it tick.

With the ‘Glue’ EP, the band remains committed to a shimmering trademark sound that is unapologetically, triumphantly pop. In your opinion, what should good pop music do for the listener?
With great pop music you know exactly when you want to listen to it. When I’m driving on a sunny day all I want to listen to is the first Two Door record. When I’m doing the washing up I always listen to The Beatles. I’d listen to our EP if I’m moping over an ex, you know? It should relate to you in some way and complement or change the way you feel.

Despite the playful musical style which characterises the EP, there’s more than a dash of lyrical cynicism in a few tracks, which delve into the messier, more psychological aspects of relationships. Why did you decide to pair these lyrical topics with such infectious, danceable music?
That’s just always the way we’ve done things to be honest. We write music that makes us feel good and want to dance, and I write lyrics about things that make/have made me feel crap. It’s like a form of therapy.

Noting the clear nods towards elements of 80’s pop in your music, both from a sonic and compositional standpoint, are there any acts from that era that have directly influenced the band’s sound?
Oh for sure, Michael Jackson, Tears For Fears, Talking Heads, Madonna, Blondie. The list goes on.

On the flipside, do you have any influences – contemporary or otherwise – that your listeners would consider surprising?
Haha, oh I don’t know. We draw influence from so much. Justin Bieber, Major Lazer through to some of our “peers’ like Clean Cut Kid, Will Joseph Cook, Honne. All great modern music inspires us. Whether it’s the production, lyrics, vibe…whatever.

Given the energy of your tracks, do you write with live performance in mind, or does the song come first, and the concerns of adapting it for live performance come after?
The latter. We spent most of today trying to make a new (very pop) song work live. It was super difficult but that’s kinda the fun of it…the challenge of making a song translate live.

What is the most memorable gig you’ve ever performed?
Ooh, tough question. Probably when we headlined Dingwalls back in 2015. We were unsigned, had no money, had just parted ways with our manager and were on the verge of having to stop the band all together. Then that show changed everything for us. We met our now publisher that night, had new management that very week and signed a record deal with Polydor a couple of months afterwards. It was so crazy and a very special show.

What can fans expect from your live shows? Will there be a chance to catch any new songs?
Yeah, we’ve added a few new ones. A bit of a taster of the album to come. We’ve got a fun intro to the set which we’re keeping secret. I’m also looking into confetti cannons for every night of the tour….but I guess that will depend on the clean-up fees ha.

Speaking of which, is there an album on the horizon?
There is! But the date is a secret. All we can say is…. it’s due in the first quarter of 2018.

Do you think that the ‘album’ as an artistic form holds the same power that it did before the online streaming boom, or are shorter-form projects the way forward? Or do they both have their place?
I LOVE albums, and always will. But with Spotify and other streaming services, mixtapes are taking the place of albums, and come out much more frequently… and people have also started adding songs to their albums like a few months after a release. I kinda like how there are literally no rules anymore. 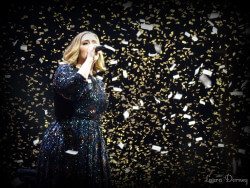 Songwriting: The Death of the Author?