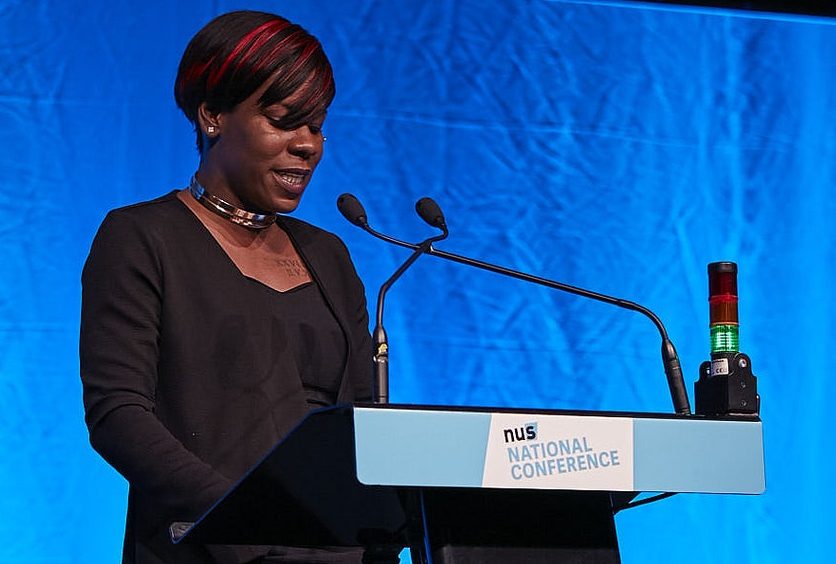 The National Union of Students (NUS) officially launched its commission into student poverty at the Student Media Summit in London last Tuesday. The two-year project will involve nationwide research before the Union presents its findings in February.

This comes after NUS Extra published a study last week revealing that 46% of students were worried about affording basic food like bread and milk, and on average spent less than £5 a day on food.

The research also found that 43% were worried about covering the costs of daily travel, while disadvantaged students were 35% less likely to go to university, and far more likely to drop out.

At the launch, NUS president Shakira Martin, who was elected last April, pointed to the cuts to maintenance grants and rising interest rates on student loans as reasons why the poorest are penalised, leaving higher education with an average debt of £57,000.

When people have to choose between an education and a mortgage, there’s a problem.
Shakira Martin, NUS President

“Politicians insist everything is fine,” said Martin, “but when people have to choose between an education and a mortgage, there’s a problem.”

She underlined hidden costs as another major barrier alongside the rising tuition fees.

The Poverty Commission will be gathering evidence until next February, through open submissions, surveys, focus groups and social media strategy: “short, snappy, fun and energetic ways of asking questions and getting responses.”

Four “Listen and Learn” events will be taking place in four different regions across the country, including London and the Midlands.

“I don’t want to create another system that groups people together,” noted Martin. “Everyone has different barriers”.

Following the information-gathering stage, the NUS will publish their findings in February alongside recommendations for changes to the education sector. The next stage will involve campaigning for these changes.

In an interview with The Boar, the NUS president highlighted the importance of political action: “We’ve done phenomenally well with the last general election. In two weeks, we got two million people registered to vote.”

“We’re ready for anything, and the next time a general election is called we’re going to be getting lots more students involved. I think the recent election showed that students and young people will no longer be sidelined, ignored and merely paid lip-service.”

She added that “Brexit is one of our main priorities,” highlighting the Union’s commitment to protect overseas’ students’ visas and right to work, as well as confronting the government’s inclusion of international students on official immigration records.

The government recently came under fire for falsely estimating that almost 100,000 students were overstaying their visas illegally, while the ONS’ latest report put the figure at only 4,600.

Martin added that the NUS would be focusing on lowering the voting age and getting students automatically registered to vote: “Political education and voter registration should be an ongoing campaign that never stops. This should be our basic foundation.”

The NUS leader also spoke about the importance of getting information to students that they may not already know, such as proxy voting from hospital and registering in either your home or student town, depending on where your vote would carry the most weight.

“The whole reason I stood for NUS President was because I believed the NUS was out of touch with what students were talking about on the ground. They had a very top-down approach, which was seen as very authoritarian.”

“My ethos for this year is listening, learning and leading. I’m very much accessible on social media and via email to listen to the issues that students care about. It’s really important that the NUS exists; not just now but in the future. We need to have that collective voice and listen to our members.”

“I can’t guarantee everybody will get the same, but everybody will get something. Whether that means I go to your campus and help out with a certain campaign, or meet with your vice-chancellor, or just give you some advice, I’ll be around.”

“I’m no different than you; I’ve just got this fancy title and a lot of responsibility. I’m leading this organisation, but it’s the members that are driving me.”