Coming to Warwick was the best decision I made

The University of Warwick was not my firm choice, nor my insurance, in fact, prior to results day I had not considered it at all. Indeed, the first time I laid foot on campus was as my father drove me in on the first day of term, the car bursting at the seams with various objects which I had felt necessary to bring to my new life, kitchen utensils and photo frames being a major component of the obscene bulk.

This unconventional journey into life at Warwick was down to the fact I was simply better at A Levels than I expected, my grades offered me the chance to adjust to a Russel Group university, and that was an opportunity I grabbed with immediacy, no questions asked, no logistics considered, I was moving on up and no one could stop me.

This was not just a case of small fish in a big pond, this was a case of goldfish in the pacific. The campus of an alien world, ‘Old Rootes’ resembling a crumbling cruise ship, the library and lecture halls seeming to envelope this tiny fish with their intimidating academic auras. For me, the cure to this overwhelmingly foreign world, was something even more outrageously intense, Freshers Fortnight.

I was blessed with incredible flat mates. Block D Kitchen 14 was to be our home for the next nine months as we apprehensively bundled into our kitchen on the first night, vodka in hand, donning oversized ‘Freshers’ t-shirts, nervously asking one another’s name’s and consciously vowing not to forget them – completely unaware that in mere months we would transform from strangers to family. Living in halls has unarguably been one of the greatest experiences of my life, and despite its reputation for raucous socials and grimy kitchens, I wouldn’t have wanted to live anywhere but Rootes.

The other major element to university – your course of course! In blatant honesty, initially, I had never felt more inadequate than in my first seminars. My secondary education had hardly prepared me to be amongst peers that seemed to surpass me in intelligence, knowledge, and vocabulary. For around two weeks I was certain that there had been some mistake, some fluke in my A Level results that placed me amongst these geniuses.

But this feeling soon faded as I worked to convince myself that I was not in fact starring in a prank TV show. This was real I had earned my place and I was determined to prove that to myself. Although overwhelming at first, the reading gets easier and you figure out how to piece together a half-decent essay alongside a minimum of three nights outs a week. What’s more I met the most fantastic friends through my History course and it’s connected society, our trip to Prague in February being the stand out memory amongst uncountable others.

Okay, so it’s hardly Ibiza, but with £1 jaeger-bombs around there’s no time to be a club snob

Clearly, I’ve loved my first year here. But what’s the truth about Warwick I hear you ask! Is the nightlife truly a dismal? Will you be swarmed by ‘Oxbridge’ rejects? Is the Dirty Duck actually a rather curiously titled strip club? No, no, and sadly, no. With the ‘UniExpress’ offering club nights in Leamington and Coventry three times a week, Terrace Bar bargains at your full disposal, and – my personal favourite – ‘Pop!’ every Wednesday, there’s a lot of options. Okay, so it’s hardly Ibiza, but with £1 jaeger-bombs around there’s no time to be a club snob.

Having never seen the campus before I was unsure what to expect; it is wonderful. The surrounding countryside is simply stunning and I was gutted to have discovered it late in my second term. Being on campus never felt claustrophobic either, everything I could need was in arms reach; the familiarity became comforting, oh, and you can make it to a lecture on time leaving just three minutes before…

In short, Warwick did not meet my preformed expectations, because I had none. But it completely blew me away. Admittedly, I am quite the avid organiser, spontaneity not coming naturally to me, ‘just wing it’ being under used in my vocabulary. Choosing Warwick may have been the first major decision I’ve ever ‘winged’, and it was the best thing I ever did.

Advice to a fresher: There is no ‘right’ way to do university 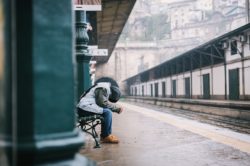 University dropouts have nothing at all to be ashamed of 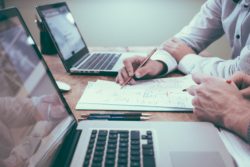 Ode to a fresher – Beth Kynman