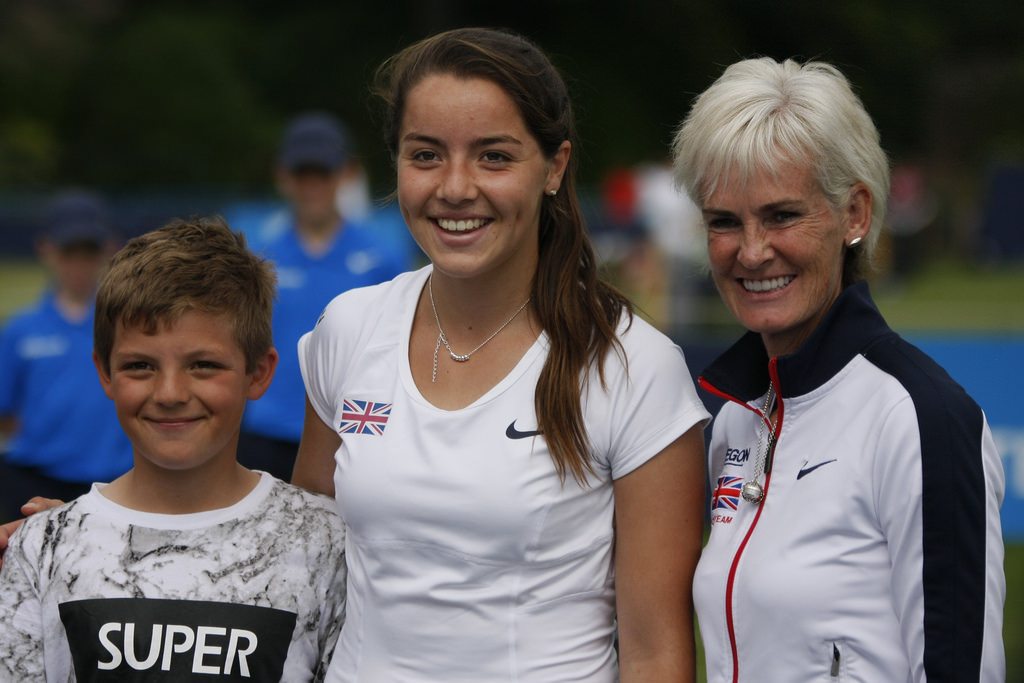 The latest, anti-climactic publication of the Queen’s Birthday Honours list has seen Judy Murray, notorious mother of tennis brothers Andy and Jamie, receiving an undeserved OBE. Not just in the sporting world, the Queen seems to deliver many of these prestigious achievements for merely participating rather than excelling at a particular topic. These honourable awards that were once perceived as the climax of people’s careers or the ultimate talisman of British success have now been depleted to the value of just a few letters at the end of a name. When analysing the recent achievers, it got me excited as I feel even I could be in contention for an award due to their lack of contribution. As these honours somehow continue to be an annual landmark, is the value and importance of the OBE and MBE irrelevant and meaningless?

Am I the only person who angers at the fact that someone should be publicly paraded as a British icon for their children’s success?

Every time I turn my TV on, Judy Murray seems to be sat on a panel show desperately trying to prove to the British audience that she has the slightest hint of a personality. Feeding off her sons success, Murray has heightened her own career through publications of books, comedy show appearances and now an OBE. Apparently labelled now as a leading sporting figure, Murray’s ‘services’ to tennis and women in sport seem to be well deserving of an award with high significance, even though the list she joins is endless. Am I the only person who angers at the fact that someone should be publicly paraded as a British icon for their children’s success? And even then, their incredible talents originated from an injection of mummy’s funds and is not exactly a story of ‘from rags to riches’. Judy Murray has wriggled in to being one of the faces of Wimbeldon, with cameras diverting to her fist-pumping the air in jubilation as Andy wins a set. But weighing up her dedications to tennis as a sport, I believe she is far from deserving compared to the legends and icons of, not just tennis, but the world of sport and beyond.

In fairness, Judy Murray’s election as the captain of the British Fed Ex Cup team in 2011 rightly boosted her popularity due to her contributions in instigating a need for more female coaching. Achievements such as these, as well as her successful charity work of familiarising tennis to children at grass-roots level, should be admired and were undoubtedly key milestones on her path to an OBE. I don’t totally condemn Judy Murray’s contributions towards tennis, but I feel such a prestigious honour would not have been awarded without the success of Andy’s rise to world number one and number of Grand Slams. The value and work needed to receive an honour from the Queen seems to have deteriorated massively, and although I believe Judy was well on the way to accumulating achievements worthy of an OBE, the award seemed to be slightly premature and a coincidence compared to Andy’s success last year.

Placing sport aside, where is the honourable recognition of our true heroes that live in the shadows of the public eye? Especially with the recent terror and hostilities that have inflicted our country in recent months, hundreds of nurses, doctors, policemen, and even members of the general public have made more of a contribution to this country through their help and generosity, than Judy Murray. In times of extremism, achievements in sport are irrelevant even if the recipients were deserving, and the silent heroes that needlessly risk their lives for the good of strangers are more than worthy of a national accolade.

Reignite the value of these honourable awards, and stop awarding the mediocre milestones of someone’s sporting career just to fill a list

The Queen’s honours should be an acknowledgement towards the services that individuals do for our country, and it only seems to be subordinate celebrities that are undeservedly accepting this joke with pride, primarily in the category of sport. The valuable members of our public services only seem to receive a mere ‘thank you’ for their reactions in time of need and if this gratitude is all that is deserved, then labelling it as a disgrace is an understatement. Reignite the value of these honourable awards, and stop awarding the mediocre milestones of someone’s sporting career just to fill a list. Many sportsmen and women are worthy of their contributions to particular sports and should rightly be awarded through other pathways, but transforming a national emblem such as an OBE and MBE into an irrelevant title given to sporting nobodies is unnecessary, outright wrong and nationally degrading.