As a result of management preparing to reform Statute 24, employment protections for academic staff are under unprecedented attack at our university. Statute 24 is the set of policies and rules that guarantee an appeals process, legal representation, and protections against unfair dismissal.

In the past, it has been precisely this statute which has protected academics in the face of unjust discharges. The gutting of Statute 24 is likely to have drastic consequences, making it easier for the university to fire academics with defiant views and significantly restricting the freedom of expression of those remaining.

This would have a terrible impact for our education: creating a climate of fear, which pressures lecturers and tutors to comply with everything the university says, and reducing the capacity to debate controversial opinions.

These reforms… ignore the widespread concerns of our academic staff

As a matter of fact, these reforms are not only unjust because they threaten free speech, but also because they ignore the widespread concerns of our academic staff. Just over a month ago, Assembly – the biggest democratic body of staff of our university – voted 97% in favour of a motion asking the university to rethink this process.

Additionally, eight departments have condemned this move, including History, History of Art, the Institute for Employment Research, the Centre for Applied Linguistics, the Centre for Education Studies, the Law School, English, and Economics. The local branch of the academic staff union, University College Union (UCU), has also announced a move towards industrial action if the university fails to stop the process in upcoming Senate and Council meetings.

Increasingly, the university is more concerned with brand image than with the rights of its own workers. This course is part of the larger developments of Higher Education marketisation, in which public face and revenue-generating activities are being prioritised at the expense of academic rights.

It is in this context, and that of widespread opposition from staff, that a coalition of activists from Protect Academic Freedom at Warwick have decided to call for an emergency action on June 24th. The action will coincide with the university’s Open Day, shedding light on Warwick’s undemocratic structures and poor treatment of its workers, and exposing this reality to prospective students. 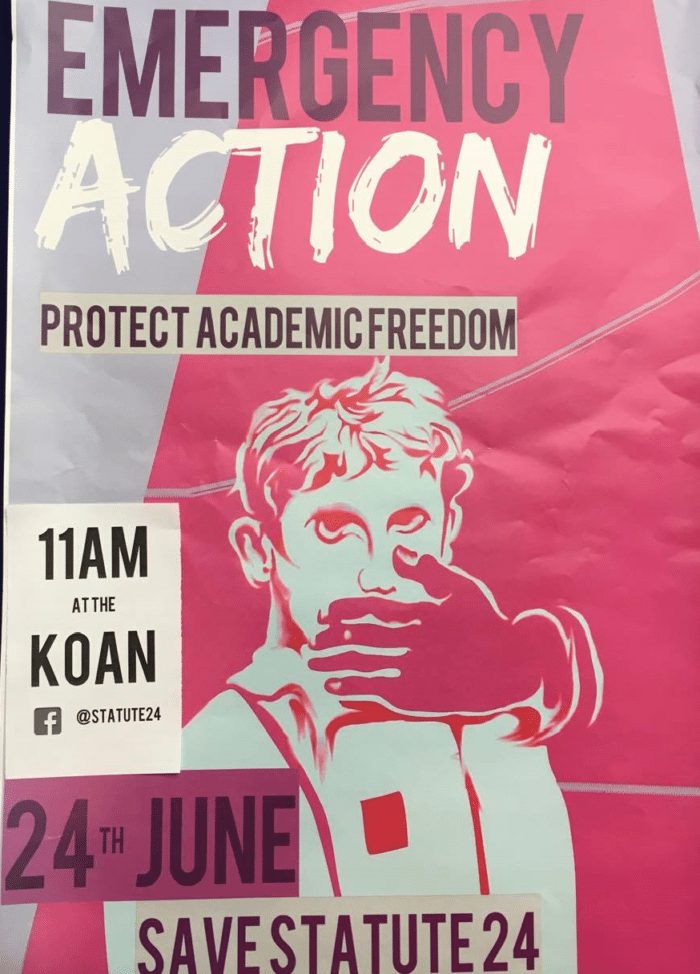 This action will involve a rally with speeches by academics who will be impacted by these measures, and students who stand in solidarity with them. It will also include a silent march through campus, to represent the silencing of our academic staff. After months of lecturers and tutors being ignored by management, we believe this is a necessary step to pressure Warwick into halt the disastrous reforms.

We have a duty to ensure universities remain places of learning and knowledge, and we must not let that disappear.

We invite everyone, from staff and students to sympathetic observers, to join us in this pressing battle. In the past, similar reforms have been successfully fought off at UCL. At our own university, the threat of a demonstration on an open day contributed to stopping TeachHigher – an employment outsourcing scheme proposed by management in 2015.

Student-staff solidarity has proven to be powerful, and we must unite once again. We have a duty to ensure universities remain places of learning and knowledge, and we must not let that disappear.

Gallery image with caption: Why we shouldn’t deny our vice-chancellors their expenses 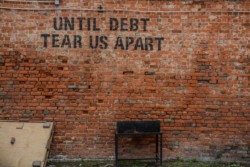 Gallery image with caption: Student debt, distress and discontent: why the threshold rise is a sham

Gallery image with caption: Degrees for the rich, apprenticeships for the poor?