By Lilia Pavin-Franks
May 1, 2017
Posted in Music
Rating:

“I’ve lived so much life” lead singer Patrick Stump croons in the opening minute of the new Fall Out Boy track, ‘Young and Menace’. It’s true, the Chicago-born, pop-punk band formed in 2001 and with six (soon to be seven) studio albums under their belt, have certainly left their mark during their long tenure on the music scene.

It’s been over two years since the four-piece released their last album, ‘American Beauty/American Psycho’, which saw their post-hiatus success continue after 2013’s ‘Save Rock and Roll’. Since their return, the veterans of pop-punk have been no strangers to mixing up their sound. ‘Save Rock and Roll’ saw the rebirth of the band with them curating a sound that mixed the classic energy of their pop-punk days with the modern, radio-appropriate pop. ‘American Beauty/American Psycho’ continued their musical renaissance, exploring their new sound further with psychedelic hip-hop grooves injected into their heavy guitar riffs. The payoff was trippy, chaotic and exciting. In the same year, they released ‘Make America Psycho Again’, their first remix album which saw them feature a different rapper on each track and subsequently give more fluidity to their comeback sound. The album also saw an experimentation of production, something that they seem to be carrying over into this newly begun era.

It’s refreshing to see that a band who were so known for a signature sound, can experiment with their music 16 years down the line.

The first single from their forthcoming album, ‘M A N I A’ dropped after cryptically tweeting a series of purple pictures in the run up to April 27. The track came ready with an accompanying video that looks like Where the Wild Things Are as a horror movie. Featuring monstrous costumed animals and an underlying domestic abuse narrative, the music video signals the darker turn that Fall Out Boy’s music is taking. The verses showcase Stump’s signature soulful voice, offering structure that is immediately disturbed by the frantic, EDM influenced chorus. As the beat drops, the track takes a turn to emulate the frenzied surreality of the visuals. Stumps vocals are dissected and stitched up with electro-driven beats and some serious erratic pitch editing. The effect is certainly different from their ‘Infinity on High’ days for example, but it follows the obvious progression that their music has been taking for the last few years.

Fall Out Boy are continuing to make music suitable for the mainstream without selling out.

It’s refreshing to see that a band who were so known for a signature sound, can experiment with their music 16 years down the line. It would be easy to cater to the dedicated fans and critics and make a return to their heyday by writing ‘Sugar, We’re Goin Down’ 2.0 and, from the reactions to the new single thus far it would appear that this was the hope for many. But Fall Out Boy are continuing to make music suitable for the mainstream without selling out.

If by the line, ‘Oops, I did it again’ (an interesting reference to Britney Spears), they mean they’ve put out another incredible hit, then I would certainly have to agree. 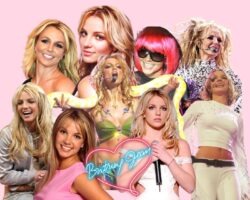