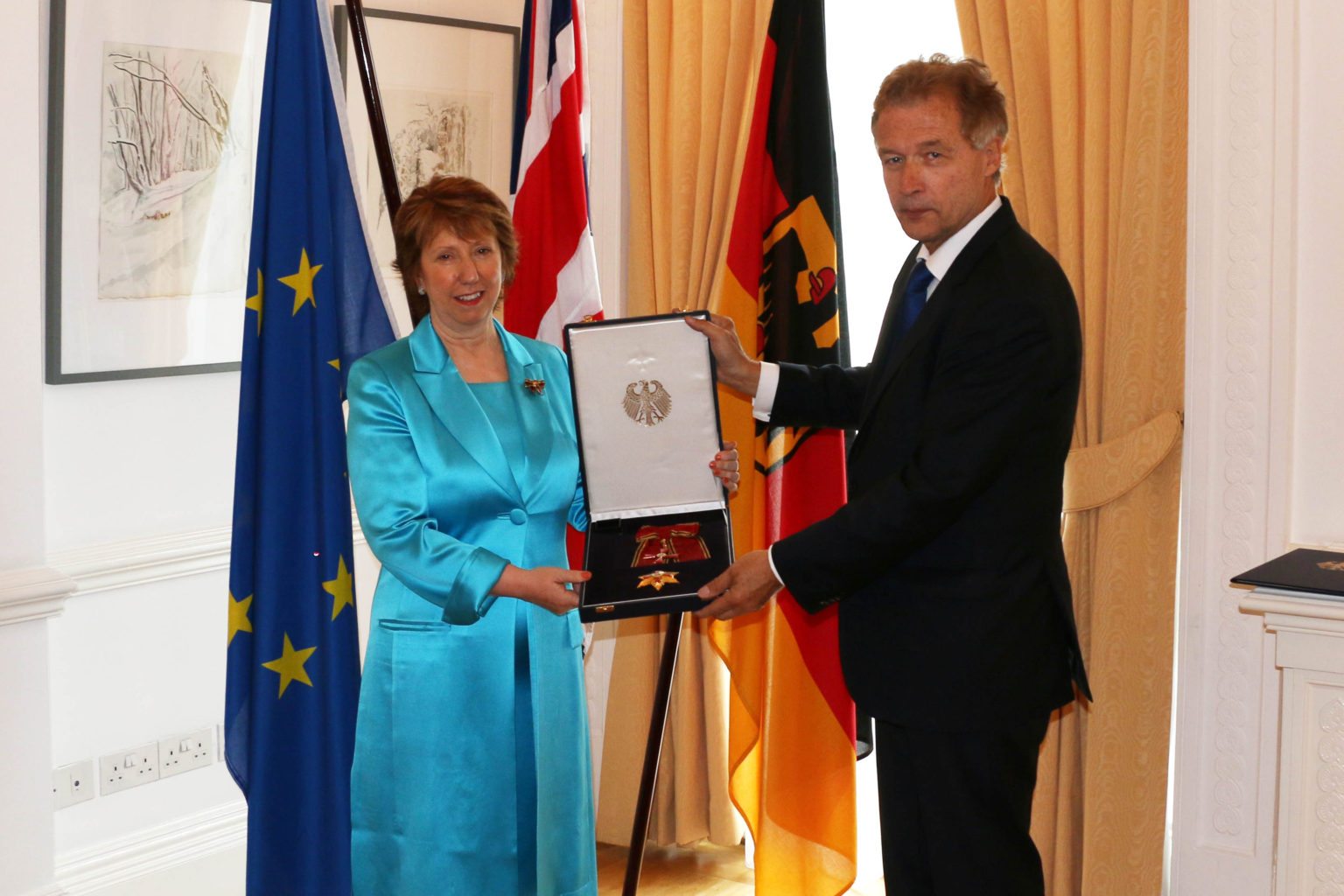 The Rt.Hon. The Baroness Ashton of Upholland GCMG PC officially became the University’s new Chancellor on 3 May following a ceremony at the Slate. Succeeding Sir Richard Lambert in the role, Baroness Ashton has previously served as the Leader of the House of Lords and was nominated for a Nobel Peace Prize.

Ahead of the Ceremony, the Boar had the opportunity to speak to Baroness Ashton.

The Boar: You were in the first generation in your family to attend university, what can you see Warwick doing to open up such opportunities to other students?

Baroness Ashton: “I was the first women in my family to go to university and the only woman of my generation and it’s really important that we can continue to open up these opportunities to other people – its significant for families and communities to do so. One of the things to do is push forward on supporting more and more families to think about university, and encourage more students to think about Warwick as the best university to start at”.

Warwick has a reputation for being very international with over 3,000 EU students. How do you plan to support these people in light of Brexit?

Universities all over the world spend their time thinking about how to develop the opportunities to engage with international students and get the best talent that they can. It is a global world – you are the generation that knows best how we need to protect this”.

How do you see your previous experience in education and government serving you in this role?

“Well I know what it is like to be an education minister in the House of Lords and I covered the entire water-frame of education policy including higher education, and that means I have some understanding of how government works and its challenges – such as increasing the number of people going to university for the first time. I think it will help me not be taken in by what people may say as I have some experience and I can perhaps understand what some of the words really mean”.

The university, particularly Warwick Manufacturing Group, have been cultivating a very strong relationship with local industry such as Jaguar Land Rover; how do you see this effecting Warwick’s developments and benefiting students in the long term?

“Universities are part of their communities and the community includes the industrial base and the opportunities to do the practical as well as the theoretical. It has benefits such as allowing researchers to engage specifically with industry, so that might mean jobs for students which is important for your own futures, but it is also incredibly important for the development of the local economy.

The more universities become part of the local economy the more the local community and the university become in a sense one – you get the best of both this way”.

How do you perceive the issue of the marketisation of higher education in the UK and how do you see this effecting Warwick specifically?

“It depends what you mean by this, if you mean that universities have to go out and sell themselves more the that is not a bad thing. It is important that young people, researches and faculties see the benefits and the offer being made to them. You have to think about it all in collaboration – this is a development with a purpose, which is to support the economy and the future of students, whilst also supporting the global economy again”.

So, your ceremony tonight is taking place in the Slate, which has been subject to controversy over last year as a building for conferences and not education. How do you view the critique that the university is prioritising commercial interests over academia, and where do you think the balance between the two should lie?

“Many institutions have to think about the institutions that they have. What is really important about tonight is that this is an academic ceremony for the university – we will all be in our roles. I am very honoured and privileged to be asked to be the 6th chancellor here so I see this as part of the university and for whatever purpose it may be used for in the future I will still see it as having been for the university”.

Warwick has consistently been given a ‘red’ ranking for freedom of speech which has raised some concern, how would you look to improve this?

“Well I don’t know or understand much about how these rankings are done. What is important about university life is that students have the opportunity to explore and understand all kinds of messages, and your generation especially are bombarded as you have the advantage and the disadvantage of social media at your fingertips, which gives you huge power and creates lots of challenges – I am sure that lots of students are even grappling with this now.

What really matters is that we think in a considered way how to make sure that people get the best information, have the opportunity to hear opinions with which they may disagree with, but also feel safe and comfortable in knowing that they are cared for and respected in this institution”.

Mental health been in the news a lot recently and it is cause that many students are concerned about. A recent survey in The Boar found that one in four students were unable to get counselling at the University. With your background working in health, how do you think this issue should be addressed?

“Firstly, isn’t it fantastic that finally mental health issues have come up the agenda? I was involved in chairing the health authority and what we were really concerned with then was that some many people, particularly students, were not getting the help or support that they needed – this has not changed, but the good thing is that people are coming forward now to ask for support.

We need to think carefully about how to provide that support in the University and the local community, and how people’s lives are impacted in other ways, such as where they live or come from, which is particularly true with international students – they may come with different expectations and they come into different and unexpected environments, and that needs to be reflected in the support services that we provide”.