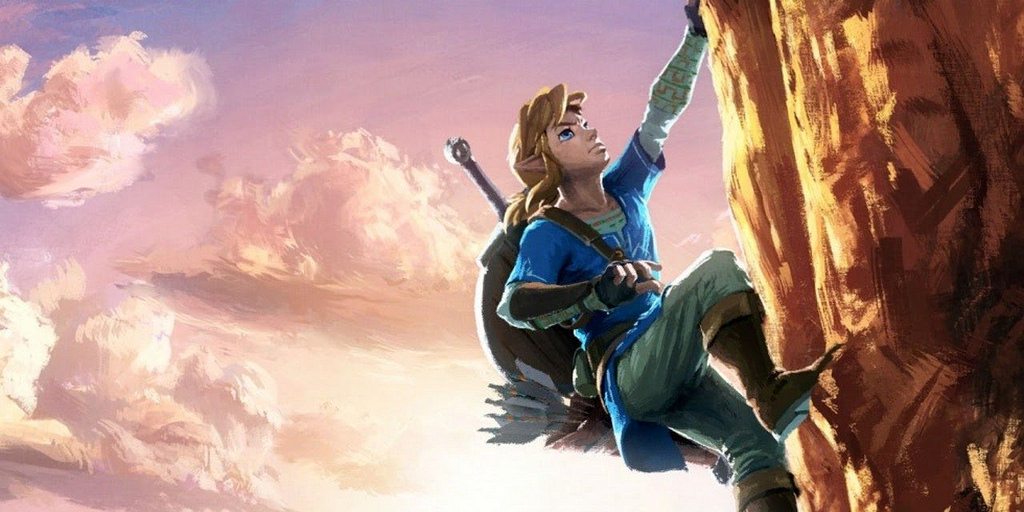 Zelda: Breath of the Wild Review

Just when everyone thought Nintendo was out of the game, they come out and release something like Breath of the Wild. This brilliant nostalgia fest is exactly what was needed for a Nintendo revival. It manages to stand out in originality from previous Zelda games while simultaneously feeding our childhoods back to us. BotW is an incredible game, but even the greatest masterpieces in art are often flawed.

The Completionist’s Dream, or Maybe Nightmare

The most serious criticism of BotW is that it’s repetitive. Games should be dynamic, and game designers should structure the game to maintain pace and keep it from becoming a chore. This unfortunately happens sometimes in BotW. The shrine system is a good way of facilitating a logical fast travel system, but the drawback of having 120 of these mini-dungeons is how mind-numbingly repetitive they inevitably become.

The same issue applies to the 900 korok seeds scattered for you to collect, to the first four dungeons and, to a lesser extent, the game’s main bosses. They all follow the same theme, and the feeling of exploration that older Zelda games fostered so masterfully is diminished. It is a problem that so many features of the game run the risk of becoming a nuisance to casual players; however, they are somewhat justified. Each of the previously mentioned features, apart from the korok seeds, make perfect sense in terms of the game’s narrative and are important in facilitating the freedom that characterises the rest of the game.

Not you too, Master Sword

Another new feature joining Link on his latest outing is a new weapon system. This maximises player choice and keeps them on their toes. Nintendo encourages players to think about the long-term as they are forced to use their weaker items first to prepare for tougher conflicts later. However, this is soon to be revealed as an illusion as you eventually realise that almost none of your weapons are particularly special. Numb to the pain of your weaponry loss, every environment and obstacle yields to your will. By the end of the game the whole system has become something of a gimmick. 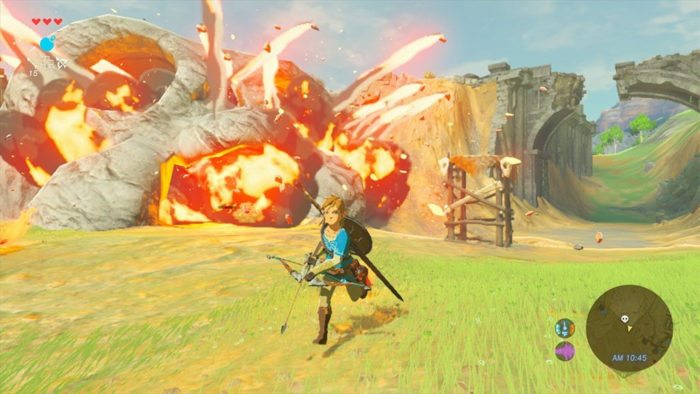 Link knows we all love it, feeling epic, just walking away from that explosion. Image Credit: Flickr, BagoGames.

Beyond these shortcoming, however, the game is still fantastic. In BotW there are many tools at your disposal; bombs, arrows, and swords, but the most useful of these tools on your adventure is the camera. Open world games strive to make every playthrough unique. The player should feel as though they’re on an odyssey, experiencing something which no other player has experienced. Giving Link a camera creates a photography simulator in a fantasy realm. If providing you with hours of fun to capture that perfect shot of an early morning Hyrulean sunrise wasn’t enough, Nintendo have gifted aspiring virtual photographers with the Hyrule Compendium, the Pokédex of the Zelda series. If you’re a completionist or avid collector then you will potentially live to compile your very own Hyrulean Pokédex.

Numb to the pain of your weaponry loss, every environment and obstacle yields to your will

Link’s Cooking: Originality with a Twist of Nostalgia

The general consensus around BotW is that it challenges a great many of the conventions common to the rest of the series. The most recent 3D Zelda game was Skyward Sword, a painstakingly linear game that stands in stark contrast with BotW. The essence of BotW is freedom. It feels as open as Wind Waker’s Great Sea, though with noticeably more content. Increasing player freedom like this meant throwing away the tried and tested Zelda formula. 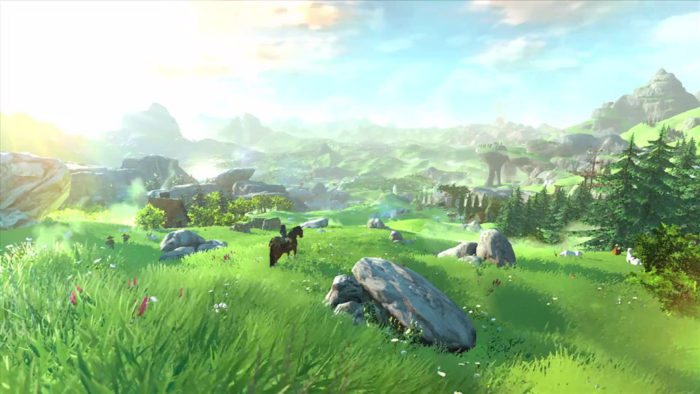 Ten-year old me needs to calm the heck down. Image Credit: Flickr, BagoGames

The changes to the traditional dungeon structure alone are radical enough to be compared with Pokémon Sun and Moon’s unexpected switch from gyms to island challenges. How does BotW avoid controversy with such high ratings and please almost everyone? By being both a convention-breaker and a nostalgia machine. The sheer amount of subtle references to the rest of the Zelda games are breathtaking. This is evident enough from a cursory glance at the world map. Even here, a seasoned Zelda player will identify dozens upon dozens of locations that reference past Zelda games.

Both a convention-breaker and a nostalgia machine

BotW stays loyal to the source material and evolves naturally from it. It relentlessly references its past which creates a more welcoming space for the game to enact radical changes to the Zelda formula without provoking the usual amount of fury. BotW is far from perfect but it succeeds by accepting its limitations and striving for balance. In the words of Patti Smith: “In art and dream may you proceed with abandon. In life may you proceed with balance and stealth.”