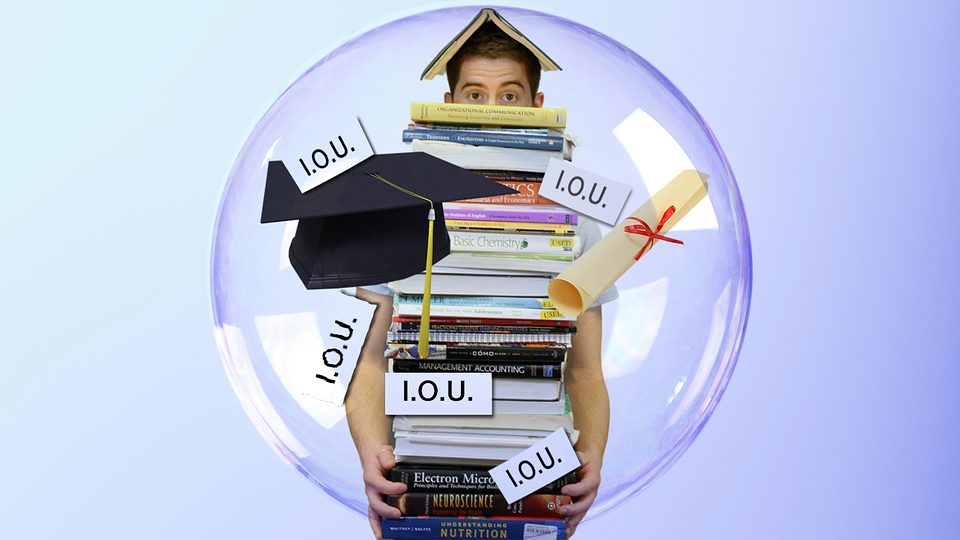 The UK government announced it will sell 450,000 students’ loans (worth £4 billion) via securitisation. The announcement came on February 6, and involves loans transacted between 2002 and 2006. This is the largest ever sale of student loans to private investors and does not come without reason… or consequence.

What is the student loan securitisation process?

Securitisation is a process where loans are packaged together and sold on as bonds of various level of risks. In the case of student loans, the government originates loans to students and transforms these loans to SPV (Special Proposes Vehicle). SPV issues bonds to investors who will get paid based on repayments of graduated students. The loans that will be securitised are “income contingent repayment” (ICR) loans, meaning repayments depend on the earnings of the borrower. Students, as the borrowers, are set to automatically start repayment when their salary reaches an accorded level; in this case, ￡17,500.

According to the Student Loans Company’s 2015-2016 first statistical release, almost half the money lent by the government to university students may never be repaid, tearing a hole of up to £80bn in public finances.  In an attempt to improve its finances and pursue investment in policies with greater economic or social returns, the UK government has decided to sell loan bonds. Within a larger framework of divestment from public assets to cut the national debt, a government press release states it hopes to raise £12 Billion in sales of loans issued between 2002-2012. The loan will not attract their full-face value, but are likely to be sold at a discount, which actually helps improve the government’s finances.

What are the long-term consequences?

A new method of funding from private investors is more tempting compared to previous financing method directly from taxpayers. The sale will create a new financial market for bonds backed by student loans in the UK and relieve fiscal pressures on the government.

However, other than a positive outcome for the government, students are being penalised and taxpayers are losing existing benefits. Vice-president for higher education at the National Union of Students, Sorana Vieru, expresses concern stating: “The government will subject future students to extortionate interest, commercial terms and conditions and the raising of the repayment threshold”. The government, although having the lowest funding costs and greater ability to bear risk than any borrower, gave up and left the issue for the market to resolve. Moreover, there are worries students paying off their debt will be exposed to higher interest rates and tarnished credit reports.

The government will subject future students to extortionate interest, commercial terms and conditions and the raising of the repayment threshold

As the UK student loans market is expanding as total amounts of student debt continue to rise the move shows a tendency to move closer to the financial model of US higher education funding. However, New York Fed data shows the US student loan market is experiencing a significant crisis. Americans owe nearly $1.3 trillion in student loan debt, spread out among about 44 million borrowers and 8 million of those borrowers fails to repay their student debt. The future of this UK student loan bond is unknown, and hopefully it does not emulate the failure of its 1990’s precedent.