The ‘unstageable’ made stageable: Paperback review

You’d think that after spending a good 4000 words and several months labouring over the book in my final year of school, I’d rather watch Camus’ L’Étranger being ground to a pulp by the dizzying rotations of the Koan than peruse the 123 pages which caused such pain. Somehow, however, I ended up in the Humanities Studio on Thursday evening, watching Paperback’s amateur student production it made no sense at first.

Now, if there are two things I dislike, it’s amateur student productions, and unpadded theatre seats which dig uncompromisingly into the bones of one’s behind, as if deliberately undermining one’s attempt to philosophically interpret an intense piece of theatre. In any case, I am only wary of student productions having had numerous questionable experiences of such theatre in the past – those who’ve been to the Edinburgh Fringe and seen something which has 3 stars or less will understand.

In any case, I need not have feared for Paperback’s show because it was actually rather good. Paperback is an emerging theatre company made up of Warwick alumni and current students, with this production directed by George Attwell Gerhards and Lucy Bird. Ever the ardent journalist, I looked them up on Facebook after the show:

Through a vigorous process of devising, writing and discussion they seek to question canonical texts, stories and ideas reinventing and re-staging them for the modern audience.

As far as reinventing and re-staging for the modern audience is concerned, they did pretty well. The book deals with a very awkward central character, Meursault, who famously unaffected by his mother’s death and later shoots a man without apparent reason. Camus’ book is commonly regarded to be unstageable, and the group have in fact previously attempted a different interpretation of the same novel.

This production was set in a community book club, charting the relationships of its members. The newest is the modern interpretation of Meursault, who baffles the others with responses which belie an emotional detachment from his surroundings. The play was lifted by the capabilities of the actors, with the lead role played by the brilliant Sean O’Driscoll and supporting roles played by the equally brilliant Fergus McErlean, Tom Bulpett, Ben Kulvichit and Lottie Titcombe.

A stilted script, unconvincing acting and “artsy” staging are the usual culprits of a doomed non-professionally staged play, but this was rarely the case here. The most prominent exception came towards the end of the play, when the actors started creating shapes with their interlocking bodies whilst dreamy, wistful music played in the background; this I felt didn’t really fit with the more rational staging which had preceded it.

you have to pay attention because they can see when you don’t; there is a pressure in the audience to react

The intimacy of the Humanities Studio increases the inevitable occasional uncomfortableness when an actor stands right in front of you – though perhaps this is attributed more to my fear of audience participation – but also the focus of the audience. You have to pay attention because they can see when you don’t; there is a pressure in the audience to react, and this rendered the play far more engaging than your usual safe-in-the-masses theatre stall. Indeed, one of the most testing pressures for me was when the head of their mop fell off repeatedly, and I had a difficult time suppressing the giggles. In their defence, though, the actors improvised well enough that I questioned whether or not it had in fact been intentional, which is ultimately testament to their acting skills.

Paperback has succeeded in creating a play which was accessible not only to literature and drama students, but which also managed to detract from the uncompromising plasticity of the audience’s chairs, which is undoubtedly quite a feat. 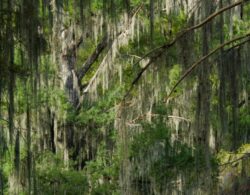 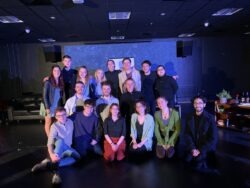 ‘The Last Romantic’ review: a delight for cynics and romantics alike