Lion is the story of a boy trying to find his way home. The film is gripping from the start, and although its hold loosens in the second half, the story is likely to leave you feeling a strange combination of happy and sad.

Saroo’s (Sunny Pawar) world consists of the winding lanes of his village, and wherever his older brother Guddu leads him. They clamber up a freight train, collecting rocks, walk across train tracks, and watch some sizzling jalebis being cooked up in the market. Saroo wants jalebis; Guddu promises him some one day. “We’ll buy the whole shop,” Saroo grins. They make their way home. And that very night, Saroo gets lost. Falling asleep on a train, he wakes up thousands of kilometres away from home in the city of Kolkata.

The film pulls us into Saroo’s perspective from the first shot, creating a powerful connection between us and the boy. The crowd at Kolkata’s train station swallows him up. We see his little figure, barely reaching the knees of those surrounding him — their heads are too far up for both Saroo and for us, the viewers, to see. As he spends more time in the city, his growing skepticism colours our view as well. He forms fleeting connections and we wonder with him: what will the next interaction be like? The next person who meets his eye — what will they want of him?

This connection with the viewer is broken, however, in the second half of the film. Surviving the streets of Kolkata, Saroo makes it to Australia after being adopted. Fast forward twenty years and we see Saroo Brierley (Dev Patel) at a party thrown by his classmates, where he happens to see a plate of jalebis that jolts his memory. This is followed by a dive into his past, the reason for which is unclear: has he only just remembered his life in India, after twenty years, by seeing a plate of sweets? Or was he aware of it the whole time, but didn’t show it? Either way, the sudden recognition of his previous life seems a touch unnatural.

Saroo begins looking for his home using the then-new technology of Google Earth. His present is intertwined nicely — if somewhat haphazardly — with memories of his past. Scenes of India are sprinkled across episodes of research, effectively showing Saroo navigating his past geographically and through his memories. However, there are certain moments that pull us out of the tight perspective of the first half. For instance, we are shown Guddu and his mother looking for Saroo after his disappearance, but these are moments Saroo would not have witnessed. Although these might be part of older Saroo’s imagination, actually seeing them alongside memories of real incidents is slightly disjointing.

The film also spoon-feeds the audience a little. We are told every time there is a time jump, whether it’s two months or twenty years, even though this is quite obvious through the characters’ appearance and behaviour. The juxtaposing of certain scenes, while powerful at times (for instance, a close-up of young Saroo yelling for help in an empty train is followed by a shot of the train, with Saroo’s voice completely inaudible over the train’s sounds) is a little too much at others — such as a moment when older Saroo and his mother are shown to seemingly be walking towards each other, in two different worlds.

Regardless of this, though, the film is gripping and heartwarming at its best moments. Sunny Pawar’s acting has much to do with this. The power in his expressions and his eyes is commendable. If you watch the film for anything, watch it for him. 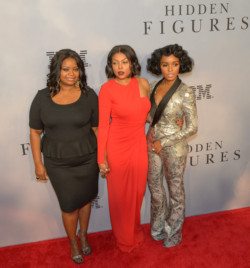 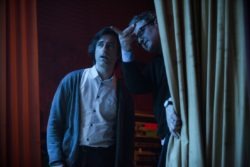 ‘Marriage Story’ is a visceral portrait of divorce