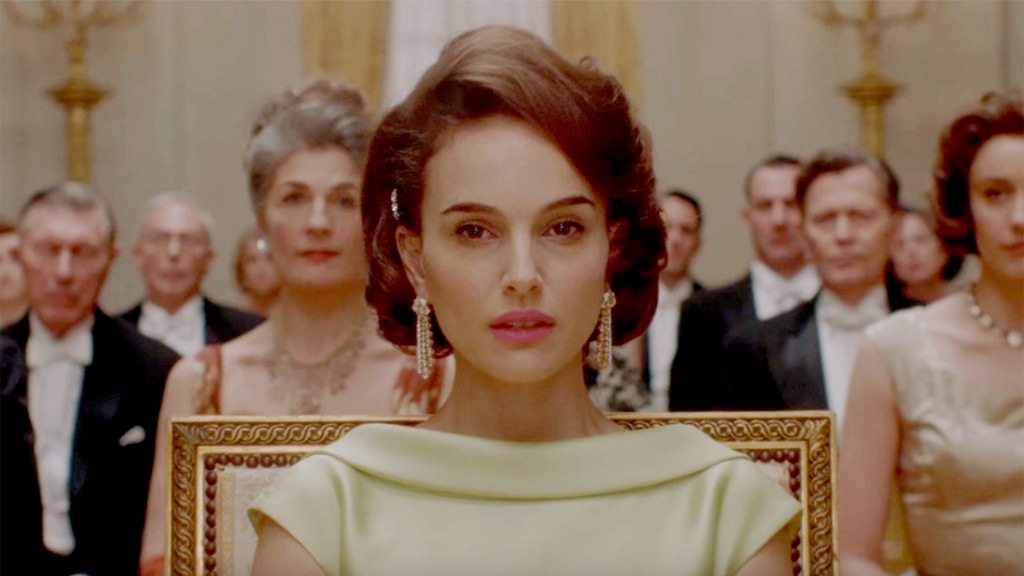 The murder of JFK has become, to many, a parable of our time. A Shakespearian tragedy soaked in conspiracy and oozing with interest. His brief tenure in the White House has been scrutinised and dissected like no other, nevertheless, the legacy of this once idolised figure remains largely intact. That legacy and its elaborate construction stems from a number of sources; Pablo Larrain’s film focusses its attention on one in particular, Jackie Kennedy. The film follows the beloved first lady through the week following her husband’s murder, chronicling her attempt to build a legacy not only for him, but for herself as well.

The biopic (a contentious term when describing the film) uses a well-tested framing device, with an interview between a reporter and Mrs Kennedy serving as the springboard into recounting the events of the past week. The film does falter slightly here, trying too hard to create conflict between the two characters, which appears to be wholly unnecessary. It does however, provide Natalie Portman with the opportunity to add more complexity to her character, playing two roles: the grieving wife and the political spin-doctor.

The flashbacks are told in a non-linear fashion, cutting between events throughout her time in the White House. The choppy and shattered nature of the film helps to capture Jackie Kennedy’s psyche; the murder of her husband is juxtaposed with a restaging of a 1962 White House documentary as this broken woman tries to piece together her legacy whilst in a deep state of mourning. The unique presentation of the film will be what divides cinema-goers, it’s lack of cohesion means that at points it becomes episodic in nature and prevents it from offering a broad enough character study. However, for those of us worn-out by conventional biopics, Jackie should be absorbed and lauded as a diamond in the rough.

The film’s study of grief is captured with unflattering close-ups of Natalie Portman, shot in grainy 16mm and presented in a tight 1.66 : 1 aspect ratio. Cinematographer Stéphane Fontaine  aptly captures the period and the bleakness of the situation. In the interview scenes, the Kennedy home carries a certain clinical quality, shots are overexposed and the home lacks character, mirroring the façade Jackie attempts to create. The stunning work of Fontaine is complimented by an ever-more stunning score by Meca Levi which seeps into your skin and haunts you, creating a surreal atmosphere that perfectly complements the chaotic nature of the film.

Natalie Portman is astonishing in the lead role, worthy of the many accolades currently being thrown her way. The wispy and delicate voice is just one of the many components of this exquisite portrayal. Portman and Larrain synthesize the suffering, fear and conviction of Jackie Kennedy with single close-ups, capturing everything in such minute detail. The film rests solely on her performance and she delivers in abundance. “Not another Camelot” she utters, words that, regardless of their meaning or intention, haunt this ghost story and its audience.

The subject-matter may appear alienating for some, especially younger audiences unfamiliar with the first lady and her work. However, this isn’t a character study in as much as an exploration of grief. This theme has the ability to resonate with anyone and everyone. It’s an intensely intimate look at death, the heartbreak it causes and the lives it shatters.

‘Jackie’ is a remarkably interesting film; its broken structure gives it a dreamlike quality drawing you into a world so entwined with myth and conspiracy and holding onto you like a vice. Levi’s score will stick with you and Fontaine’s beautiful work will captivate you, but its Portman’s spectacular portrayal that will haunt you, much like the story itself.

A Ghost of the original? Reviewing the new Ghost in the Shell 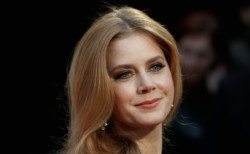 In Praise of Amy Adams