A recent report by the QS (Quacquarelli Symonds) World University Rankings rates Coventry as the 39th best city in the world for university life.

Only four other UK cities were rated above Coventry in the rankings: London, Edinburgh, Manchester and Glasgow. This makes Coventry the 5th best city in the UK for university life.

The report ranks 125 different universities from across the world on a number of measures which are then grouped into five main categories: affordability, university rankings, employer activity, student mix and desirability.

Montreal in Canada secured the top position this year, with the city of Paris ranking in 2nd place.
According to QS, Coventry’s high student population of around 6.4% is what led to the city’s prominent score within the Student Mix category of the rankings index.

London is also reported to have seen off particularly tough competition from prominent international cities this year, including Melbourne, Seoul and Berlin, to secure its third place position.

Recent data sourced by The Telegraph demonstrates that international students add at least £7 billion to the economy annually whilst UK training and education exports bring in around £14 billion per annum, a figure that could increase to as much as £26 billion by 2025.

The Telegraph went on to comment that on how these rankings show that even: “in the wake of Brexit, UK cities are holding their place against their international rivals”.

The QS data also commented that: “This legacy is reflected in the fact that the University of Warwick has a centre dedicated to supporting innovative collaborations between academia and industry (Warwick Manufacturing Group), which runs a range of undergraduate and postgraduate programs”.

The report concluded by stating that: “Coventry’s active student life and friendly feel earn it a top-50 place in the new Student View category of the index”. 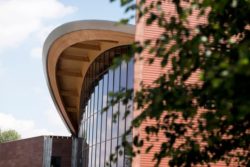