Behind the lens: In conversation with YaM

In they walked, swaying perfectly as if in tune to an internal rhythm that only they could hear. Meet Horatio Gould, a 2nd year Film student, Alfie Green a 2nd year English Literature student and Andrew Kirwan a 2nd year History and Politics student and together they form the Yahtzee and McGee Audiovisual Farming Collective, otherwise known as YaM. Having scoured their Facebook page, YouTube channel and website, I must admit I was still confused as to the precise nature of their work. So naturally, my first question was to simply define what they do.

Although slightly baffled by how to articulate their response to the question, they decided to start from the beginning. It was when they were forced to work as a team on an editing project by BFT on campus, that they realised they work well together. Horatio, clarified that YaM took its very first roots when he and Andrew came up with an idea for a short film and proposed it to Alfie. “Through the process of that film we realised that there was a lot more creative stuff coming out of the project.”

That was the turning point in the birth of YaM which soon grew to become a pool of all the creative resources the three possessed to form a collective. Their technical skills in filmmaking garnered through years of experience have been branched into making music and music videos, one of their best ones being See You In Peru by Sophie Elizabeth. Horatio’s personal blog was transferred to YaM’s website, while he and Andrew have already established themselves in the comedy sphere through their radio show and stand up sketches. They are also planning on launching an exclusive clothes line at a later point. And this is just the beginning for these filmmakers who are on a mission to better the face of innovation.

we try to bring these striking sonic and aesthetic immediate meanings to work as well, in line with bold concepts – much like the content we produce too

This starts, of course, with their intriguing name. When asked about the reasoning behind have a two-person pseudonym for a three-person team, Alfie’s answer was fascinating. “Our name has an aesthetic and sonic edge to it rather than a purely conceptual point – we try to bring these striking sonic and aesthetic immediate meanings to work as well, in line with bold concepts– much like the content we produce too. Everyone gets a different image in their head when they hear the name – the image in their head is unique to each and we are able to do that with a singular name not associated to us that flows smoothly from your tongue.” Horatio carried on to explain that ‘farming’ in their title is metaphorical for the production of substance, rather than agriculture.

This poetic title led us smoothly to what their vision for the creative projects is. The meme inspired contemporary aesthetic of their productions are a combination of comedy in the style of modern shows, such as The Office and The Peep Show, but with an addition of psychedelic visuals; it is evident that they are inspired by film figures such as Wes Anderson and Richard Ayoade with their quirky comedy and visually beautiful shots albeit with an ultra modern vibe. YaM says that while their work originates from University, it does not stay bound to the small social strata of a university.

In the end when you put out any form of artistic production, you feel incredibly vulnerable, much like standing naked in a room full of people

However, with this radical approach comes the danger of not being received by mainstream audiences, Andrew, who had been rather silent during the interview so far, burst out vehemently saying, “It is insulting what is put up on mainstream media these days, these small little sketches with click bait ideas, all of them reproducing the same things – attractive females and really poorly done comedy. We like to think that we can broaden the horizon and show that this kind of content can be much more artistically credible and funny by adding artistic integrity to an internet setting.”

In the end when you put out any form of artistic production, you feel incredibly vulnerable. Horatio described it as “standing naked in a room full of people.” But they soon explained that they want to create things that they think hasn’t got enough representation in mainstream media. “We do want an audience, but we do want to stay true to our vision too.” 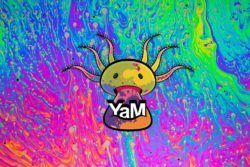 Another one of YaM’s eccentricities is their mascot, an axelot.

The technical skill required to produce content of this nature is extensive, so I wanted to know where these boys got this level of expertise. It was very interesting to learn that Andrew and Horatio, who are childhood friends have been filming since the age of 13, while Alfie got plenty of filming experience on his gap year before University. “Work with professionals as soon as you can. I learnt two years’ worth of editing working at a festival, while my professional camera skills improved drastically on after working with a production company in Central America. Of course, I’ve had experience working as a cameraman beforehand which was essentially why I landed this job. ” Alfie explained.

In the end it all boils down to the fact that being a good filmmaker is very similar to being a good sportsperson, as Horatio very passionately exclaimed to the microphone “my advice is to make mistakes. Your first film is going to be dreadful, it’s going to be awful, but that’s all right!” Another one of Alfie’s expert tips was to simply type in your specific problem into Google which has become almost a parent to him by now.

Although YaM works for almost no funding and is supported entirely by their own man hours, they claim that it is purely the strength of their script that attracts crew and actors. Alfie decoded the simple logic behind it; an advantage of being a student is that you do not have financial incentives and can aim to save money tactically from summer jobs, while gaining plenty of experience at the same time.

When asked about their immediate future plans, Alfie said that they want to be the first grassroots comedy collective that gets big through the internet and freelance. Their biggest project yet, a short film called Death and Taxes, conceived as their perception of an ideal short film, will soon be entering the festival circuits. YaM bid their farewell with just one message; they are looking for new members to join them, so if your vision is the same as that of YaM, do not miss the chance.

The ‘Dinner in America’ interviews 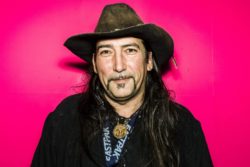