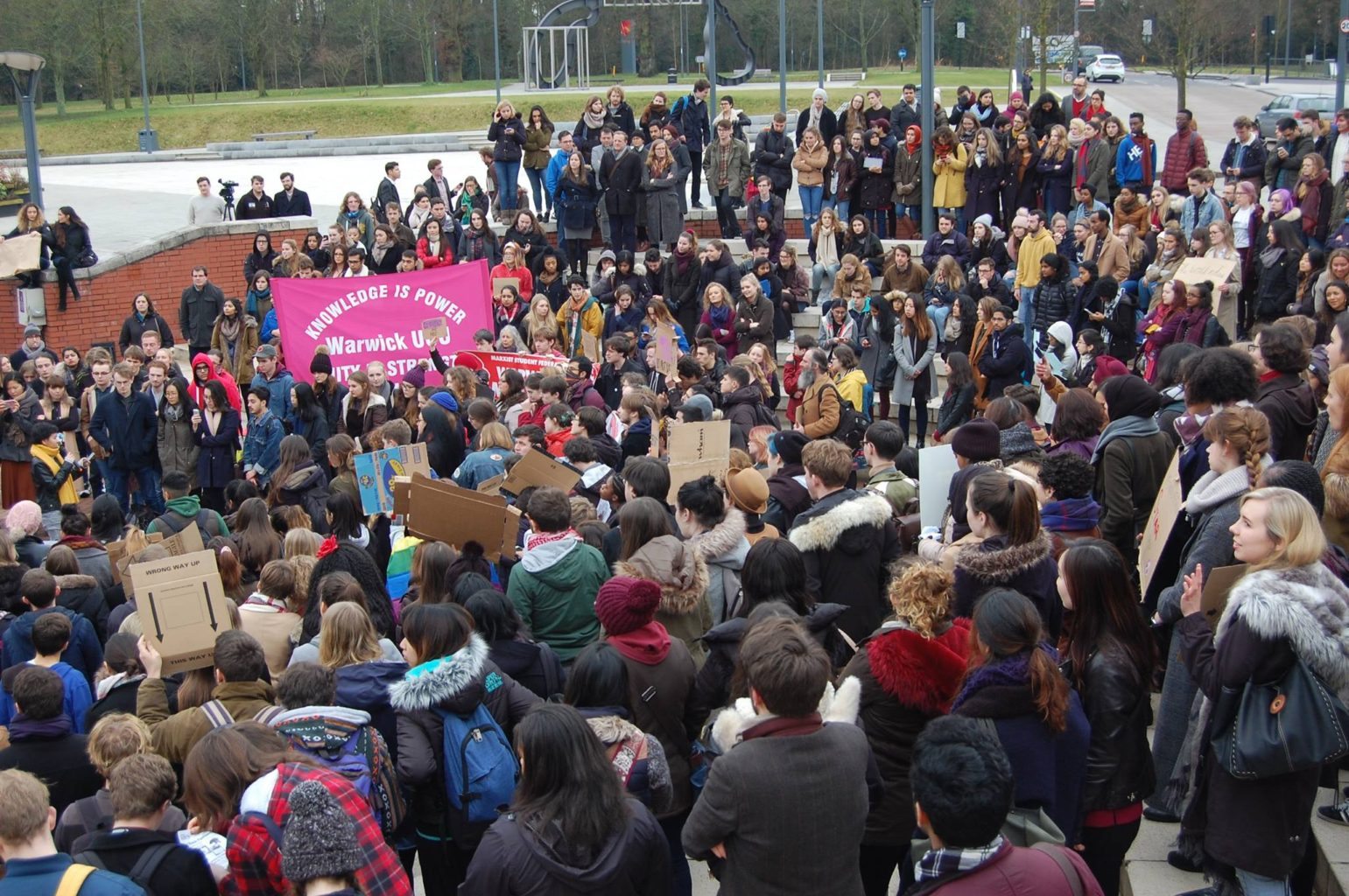 A protest was held this afternoon at Warwick University to oppose US President Donald Trump’s controversial executive order restricting immigration, which has been dubbed a “Muslim ban”.

Hundreds of students gathered on the piazza to show solidarity with those affected, by holding cardboard signs which included messages reminiscent of the Women’s March held across the globe, such as “Dump Trump” and “Warwick is with The Refugees.”

Trump’s order has suspended refugee entry to the US for 120 days, barred refugees from Syria indefinitely and blocked entry to those with visa’s arriving from Iran, Iraq, Libya, Somalia, Syria and Sudan for 90 days.

These new restrictions came into place almost immediately, resulting in uncertainty over their implementation.

Although it was initially clarified those with dual-nationality or US green cards would not be affected, authorities have said that those individuals who were abroad in the affected countries at the time the ban came into action would still have to be assessed for re-entry on a ‘case-by-case’ basis.

Around 100-200 people were estimated to be detained over the weekend in airports or in transit as a result of the ban and many more were prevented from boarding planes travelling to the US.

The ban has been heavily criticised as unjustly targeting and discriminating against Muslim countries but actually doing little to achieve its aim of protecting the US from terrorism as no fatal terrorist attacks in the US have been conducted by nationals from the affected states. 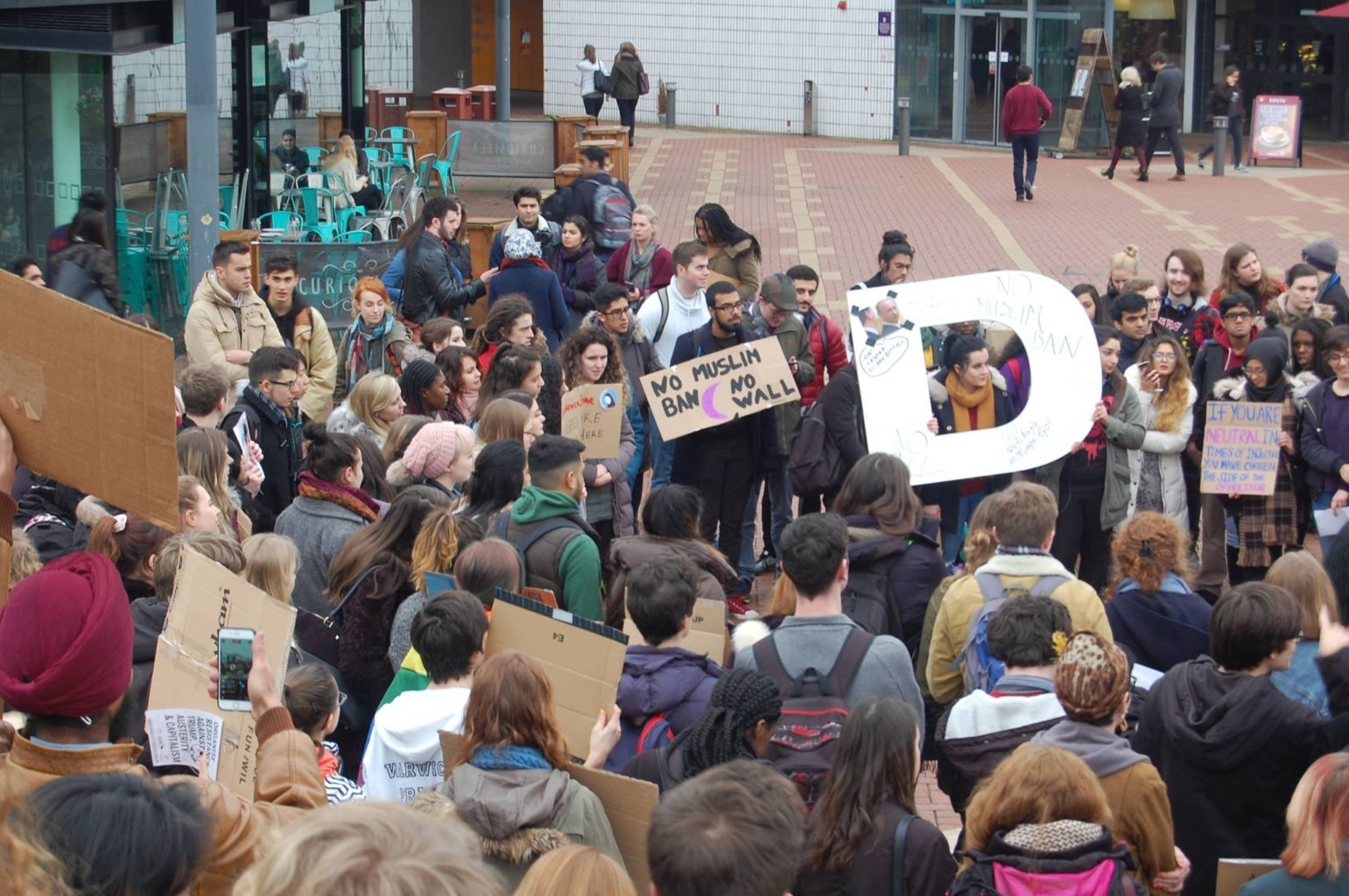 Outrage has sparked widespread protest across America and the rest of the world, like the demonstration held today at Warwick.

Five key note speakers attended the protest, each representing different societies across campus. These included the President for Warwick Free Speech and Human Rights, whose message called for compassion over hate and specifically addressed Trump’s detention of immigrants across America.

Hope Worsdale, Students’ Union Education Officer, outlined the power of students to reject Islamophobia and the ‘red line’ already crossed by the President. She said that students were at the forefront of change and can come together to fight racism and bigotry in the battle for a better future.

There was also condemnation of Theresa May’s refusal to comment on the refugee ban, highlighting the failure of governments to stand up for human rights.

Reem Doukmak, a member of the Warwick staff originally from Syria, also stated: “Here at Warwick, I think it is a very good start as students will go to different parts of the world, and as international students we will go home to our countries and we will take this torch of solidarity, of humanity and we’ll take it back to promote for a better world, for an equal world.”

The President of the Warwick Friends of Palestine Society Bushra Kherallah said: “I think it was a really good turnout and the crowd was responsive, everyone was just here and everyone was saying no to Trump. I think that’s what matters, I think that’s how protests should start.”

A representative on behalf of Arabic Society commented: “As the Arabic Society we support all arabs around the world and their respective religions. Therefore we fully condemn Trump’s ban and believe that this only increases the amount of xenophobia in the world.

“What can be seen is that Trump has transformed the U.S from an oppressive secular dictatorship to an even more oppressive religious one. The only way to stop such xenophobia is to unite and protest against these atrocities.” 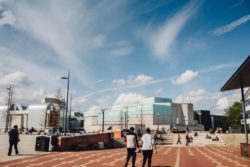