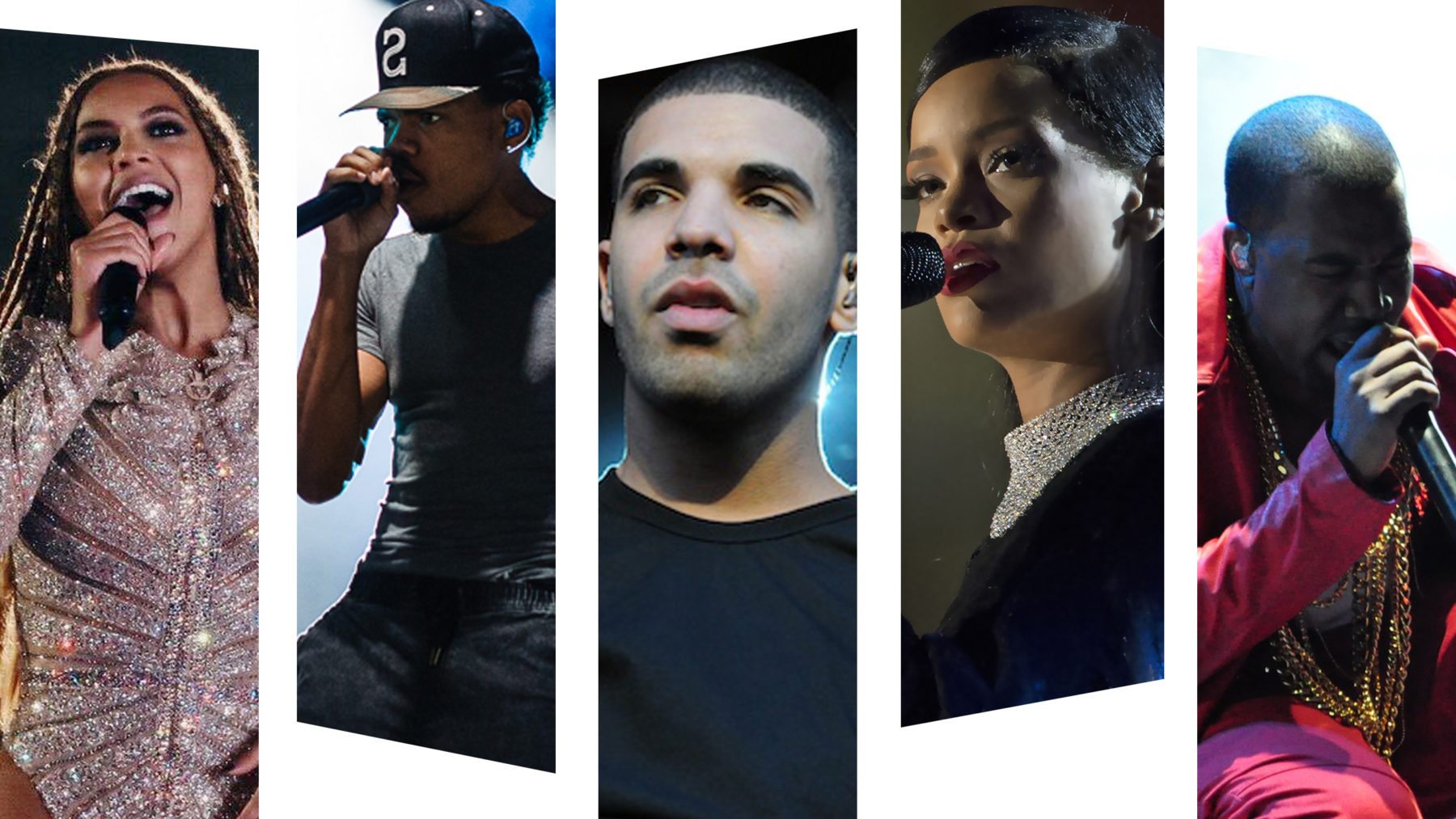 The Grammy year, 1st of October 2015 till the 30th of September 2016, or rather the product eligibility period has, as ever, been an inexhaustible source of spirited debate; echoing the continuous dissatisfaction with the Recording Academy’s choices of nominees. Additionally, but not surprisingly, it revisited some older questions, which spontaneously arise due to the evolving nature of the industry. Do the Grammys accurately reflect the developments happening in both the production and reception of music? Moreover, is it necessary they reflect those changes? The award is there to, above all, “recognise outstanding achievement”, in the full ambiguity of that phrase. Given all that, in the age of hyper subjectivity are Grammys relevant after all?

Is the Academy aiming at redemption, attempting to erase the age old bias against R&B and hip-hop?

This year’s Grammy nominees, arguably, set a precedent as being the closest to reflecting the consensus around what is currently being produced and consumed in the music industry. The four “general” categories (Album/Song/Record of the Year and Best New Artist) can be seen as evidence to it. Beyoncé spearheads the apparent rise of R&B and hip-hop as her album Lemonade brought nominations in three of those categories and nine overall, followed by Drake, Rihanna and Kanye West, all with eight nominations each. Drake’s album Views has been nominated alongside ‘Lemonade’ in what has been considered the most prestigious award category. Chance the Rapper has also been recognised as a moving force with seven nominations, making history as ‘Colouring Book’ sits in the Best Rap Album category as a stream only project. Someone is yet to tell the Academy ‘Colouring Book’ is actually a mixtape and not an album, but that is a discussion in its own right.

Is the Academy aiming at redemption, attempting to erase the age old bias against R&B and hip-hop as opposed to a much more traditional and less charged pop and rock? It’s definitely possible, even more if looking at the genres as culturally divisive and considering the political climate of the United States at the moment – it is no secret the Grammys hold a utopian vision of music as a unifying force and the award ceremony as a celebration of the collective “music family”. The embracing of a more topical R&B and hip-hop can however be seen as a simple reflection of a shift in popularity. “There’s certainly no question that hip-hop and R&B have grown in scope and scale and are the mainstream not only in America but worldwide”, as explained by the president of the Recording Academy Neil Portnow.

Nevertheless, as the saying about the leopard goes, a “safe choice” artist like Adele is expectedly nominated for AOTY and a pop friendly Justin Bieber can be seen as this year’s Taylor Swift equivalent – an artist with a large following but not the most exciting product. Also, an underdog choice is almost a must, a surprise for many, Sturgill Simpson’s country ‘A Sailor’s Guide to Earth’ ticked the boxes for consideration as the best album of the year even though Simpson himself supports the R&B crusade, saying Frank Ocean should’ve taken his place as a nominee. A household favourite (Adele), pop idol (Bieber) and an underdog (Simpson) seems like the norm picks for a Grammy so the leopard’s spots are then certainly in place. Beyoncé and Drake offer an alternative, however the status they hold in the industry makes them more probable picks than, Kanye West for example, in all his abrasive glory. 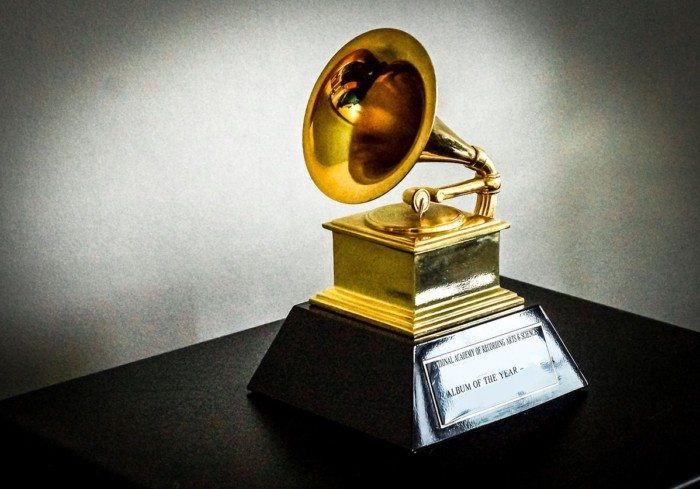 The most prestigious award at the Grammys. Image: Wiki_Commons

Therefore it can be said the Grammys reflect the happenings in the production and the reception of music but again, not everyone is happy and, in fairness, unanimous uncritical satisfaction will never happen. Music “purists” are aggravated with the fact the nominees might as well be the same for the MTV Video Music Awards and the more mainstream inclined are disappointed that other favourites from the charts have been snubbed. In reality, the Award ceremony is ultimately televised and designed to make a profit, it is a music show and the one chosen to watch even by people not inclined to follow such events – the similarities to the MTV Awards, in that context, aren’t so shocking after all. Nonetheless, the Grammys hold more value and for a valid reason. The fact that the nominees are chosen by industry professionals and the long tradition of the award signifies importance and cultural relevance so it’s no wonder it attracts the masses – music is something everyone has an opinion on and for that opinion to be verified (or not) results in strong emotional response. Also, it’s entertaining.

To expand on the ambiguous explanation offered earlier, the Grammy is awarded “to honour artistic achievement, technical proficiency and overall excellence in the recording industry, without regard to album sales or chart positions”. Hence, in theory, the Academy isn’t obliged to award artists reflecting the reception of their music and because popular acclaim rarely coincides with critical acclaim the recipients of the award are not always favoured by the public (think Beck vs Beyoncé in 2015). That opens a bigger discourse and one of the reasons Frank Ocean decided to opt out of the whole charade. The critics’ choices are dubious as the voting is done in secret and the list of artists for nomination isn’t transparent. Ocean expressed a similar stance saying “the infrastructure of the awarding system and the nomination system and screening system is dated”. Social media and online streaming platforms have changed the way we approach music and the emergence of mixtapes and the melting pot of the genres (Beyoncé’s nomination in the rock category for example) present in more and more music produced implies changes need to be made to fairly represent all.

So what warrants winning a Grammy? Music is one of the most inherently subjective forms of art and to come to an objective decision on who deserves a Grammy award based on something very ambiguous as “outstanding achievement” will never produce a satisfying output. Popular demand, reflection of public sentiment, a completely new sound, emotional resonation or influence to the music scene can all be seen as factors but as people become more outspoken and headstrong the Grammys will always be controversial as not everyone’s stance can be represented. All that can be done is allowing an organic evolution of the award system, perhaps a reform from the ground up that reflects a digital change will do in the meantime.