In defence of the diva and her impact – Mariah Carey

Everyone loves divas. There is no denying it; you are a straight up liar if you claim you don’t experience world’s most sublime eargasm every time you hear Whitney Houston’s ‘I Wanna Dance with Somebody’ get played in POP!. However, for some reason, female singers aren’t taken as seriously as their male counterparts, especially female singers from the pre-2000 era. It’s seen as embarrassing to like Cher or Madonna nowadays, despite the fact that they were trailblazers in their day, paving the way for and inspiring modern day favourites such as Rihanna and Beyoncé.

I don’t know her (pun intended) so I can’t vouch for her personality, but I feel a lot of people overlook the impact she had on shaping the music we listen to today.

My music taste is often scrutinised by my peers. Much to my housemates’ dismay, I sing in the shower daily. What’s interesting though, is that it’s not just my poor pitch and lack of volume control that are critiqued, but also my choice of songs. As a typical gay man, I can’t help being a fan of strong women in every way except sexually (sorry, Dad). I wish I could break the stereotype, but I just love my divas too damn much to change.

One example I will give of a diva who is so majorly under appreciated that it’s borderline criminal is the multi-octave songbird supreme that is Mariah Carey. Why does she get so much stick? I often hear “she’s a b*tch”, “she’s demanding”, “she seems arrogant”, and the one that hurts me the most, “did you hear her that time she messed up ‘All I Want for Christmas is You’?”. I don’t know her (pun intended) so I can’t vouch for her personality, but I feel a lot of people overlook the impact she had on shaping the music we listen to today.

Mariah revolutionised the blend between high-octane pop and hip-hop/rap, something we take for granted today.

Before Beyoncé and Jay-Z’s iconic ‘Crazy in Love’ (2003), there was Mariah Carey and ODB’s 1996 smash hit, ‘Fantasy’. Mariah revolutionised the blend between high-octane pop and hip-hop/rap, something we take for granted today. How many songs can you name that adhere to the simple formula of having the singer performing the first two verses and the chorus, and then a rapper delivering their verse at the end of the song? Mariah brought this trend into the mainstream, back when hip-hop and rap were heavily excluded from the Billboard Hot 100. 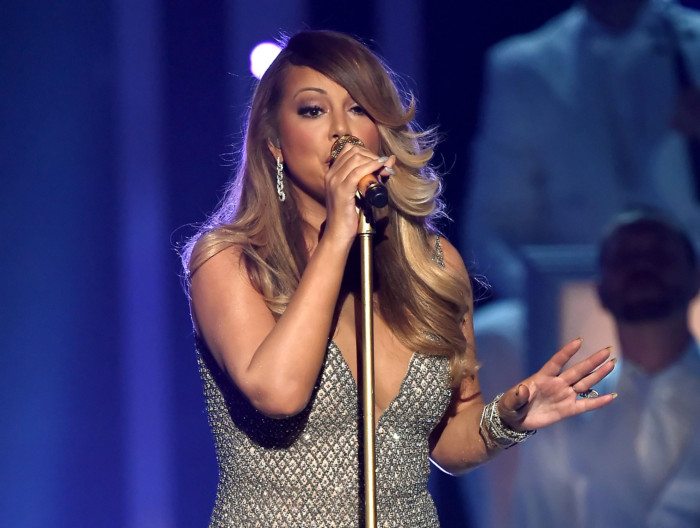 This is not the only now standard trend we owe to high-priestess Mariah. Her use of the whistle register, a tricky vocal technique that enables singers to reach incredibly high ‘whistle-like’ notes has now become the norm for any-self respecting diva – *cough* Ariana *cough*. Moreover, Mariah Carey’s talent and musical prowess are indisputable, Rockefeller Christmas performance of 2014 notwithstanding. Not only is she an incredible vocalist, but she also writes all the content on her albums. Many people either do not know this or ignore it. Mariah herself has said that her glamorous image, along with the fact that she’s a woman, mean that people are dismissive of her achievements, labelling her a ‘diva’, rather than a singer-songwriter.

It does make me wonder why it is that female performers like Mariah are labelled divas when they make demands and dress extravagantly. It’s as though people just assume that women who dress in sparkly leotards have no talent off-stage. Yet, nobody for a minute doubts that Prince and David Bowie – both flamboyant performers on and off stage – wrote their own music. At the end of the day, Mariah may be past her prime, but I will continue to listen to sing along to her greatest hits in the shower and I will continue to do so with no remorse. The only person I owe an apology to is Mariah herself: I’m sorry for butchering your songs on a regular basis, babe.